Video: How to land on a comet

On November 12, the Rosetta spacecraft will attempt something “ridiculously difficult:” landing a probe on the surface of a speeding comet.

Next Wednesday, November 12, in a move that could set a new standard for difficulty, the European Space Agency’s Rosetta spacecraft will drop a lander named Philae onto the surface of Comet 67P/Churyumov–Gerasimenko.

How hard is this landing? Art Chmielewski, the U.S. Rosetta Project Manager at JPL, said:

Consider this. The comet will be moving 40 times faster than a speeding bullet, spinning, shooting out gas and welcoming Rosetta on the surface with boulders, cracks, scarps and possibly meters of dust! 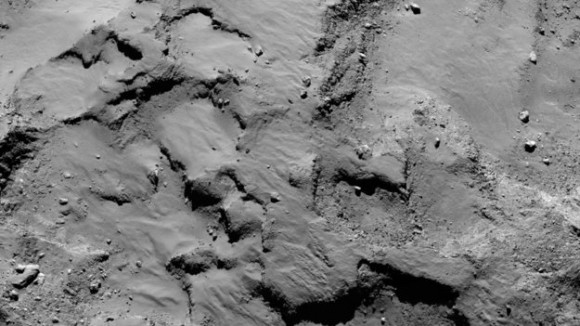 Bottom line: A new NASA video previews the November 12, 2014 first-ever landing on a comet by the Rosetta spacecraft’s Philae lander.