“This study significantly changes the view of Venus from a mostly inactive planet to one whose interior is still churning and can feed many active volcanoes,” one scientist said.

On Venus, ring-like structures known as coronae dot the surface of the planet. They’re thought to provide evidence of a warm interior and for ongoing geologic activity. In the global map of Venus above, the 37 coronae determined to be active in the new study appear in red, and inactive coronae appear in white. Image via Anna Gülcher/ University of Maryland.

Researchers at the University of Maryland and the Institute of Geophysics at ETH Zurich, Switzerland, announced today (July 20, 2020) that their new new 3D model of cloud-covered Venus identifies 37 recently active volcanic structures. They said their study “provides some of the best evidence yet” that Venus is today a geologically active world. The peer-reviewed journal Nature Geoscience published these scientists’ work today. Laurent Montési, a professor of geology at UMD and co-author of the research paper, said:

This is the first time we are able to point to specific structures and say ‘Look, this is not an ancient volcano but one that is active today, dormant perhaps, but not dead.’ This study significantly changes the view of Venus from a mostly inactive planet to one whose interior is still churning and can feed many active volcanoes.

A 3D rendition of 2 coronae observed on Venus’ surface. The ringlike structures are formed when hot material from deep inside Venus rises through the planet’s mantle and erupts through its crust. The black line represents a gap in the data. Image via Laurent Montési/ University of Maryland.

A statement from University of Maryland explained:

Scientists have known for some time that Venus has a younger surface than planets like Mars and Mercury, which have cold interiors. Evidence of a warm interior and geologic activity dots the surface of the planet in the form of ring-like structures known as coronae, which form when plumes of hot material deep inside the planet rise through the mantle layer and crust. This is similar to the way mantle plumes formed the volcanic Hawaiian Islands.

But it was thought that the coronae on Venus were probably signs of ancient activity, and that Venus had cooled enough to slow geological activity in the planet’s interior and harden the crust so much that any warm material from deep inside would not be able to puncture through.

In addition, the exact processes by which mantle plumes formed coronae on Venus and the reasons for variation among coronae have been matters for debate.

In the new study, the researchers used numerical models of thermomechanical activity beneath the surface of Venus to create high-resolution, 3D simulations of coronae formation. Their simulations provide a more detailed view of the process than ever before.

The results helped Montési and his colleagues identify features that are present only in recently active coronae. The team was then able to match those features to those observed on the surface of Venus, revealing that some of the variation in coronae across the planet represents different stages of geological development.

The study provides the first evidence that coronae on Venus are still evolving, indicating that the interior of the planet is still churning. 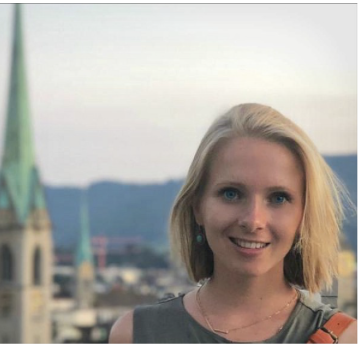 Anna Gülcher is a Ph.D. student in the Geophysical Fluid Dynamics group at ETH Zürich and lead author of the new study.

The improved degree of realism in these models over previous studies makes it possible to identify several stages in corona evolution and define diagnostic geological features present only at currently active coronae. We are able to tell that at least 37 coronae have been very recently active.

The active coronae on Venus are clustered in a handful of locations, which suggests areas where the planet is most active, providing clues to the workings of the planet’s interior. These results may help identify target areas where geologic instruments should be placed on future missions to Venus, such as Europe’s EnVision mission, scheduled to launch in 2032. 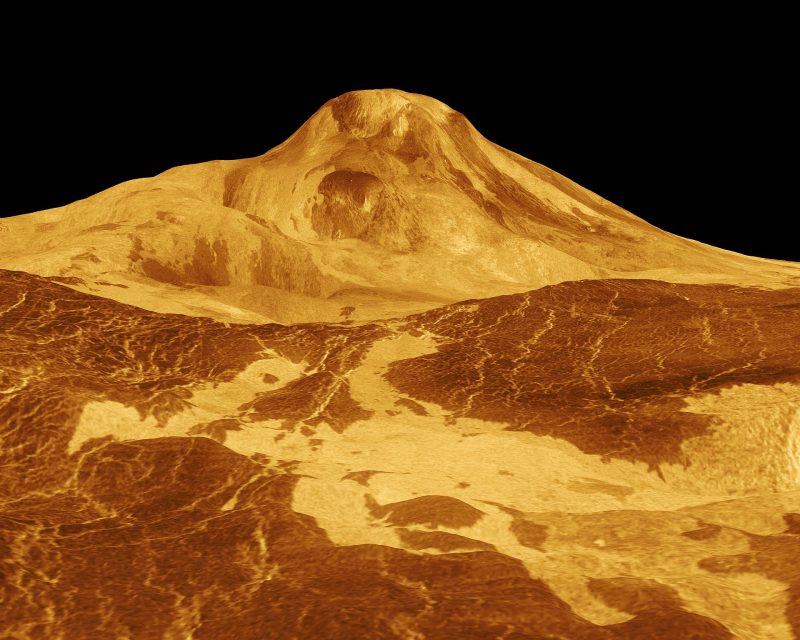 We’ve known about volcanic mountains on Venus for some time. Here is Maat Mons, a massive Venusian shield volcano. It’s the second-highest mountain – and the highest volcano – on Venus, rising some 5 miles (8 km) high. This perspective view is based on radar images from the Magellan spacecraft, which orbited Venus from 1990 to 1994. Maat Mons is not one of the locations evaluated in the new study, by the way. This structure on Venus be inactive or active, but the new study doesn’t address that question. In addition, there could be additional locations of current activity on Venus not pinpointed by the new study. Image via NASA Photo Journal.