Breakthrough Listen initiative, announced Monday, will scan the nearest million stars, plus stars in 100 other galaxies, for signs of an advanced civilization. 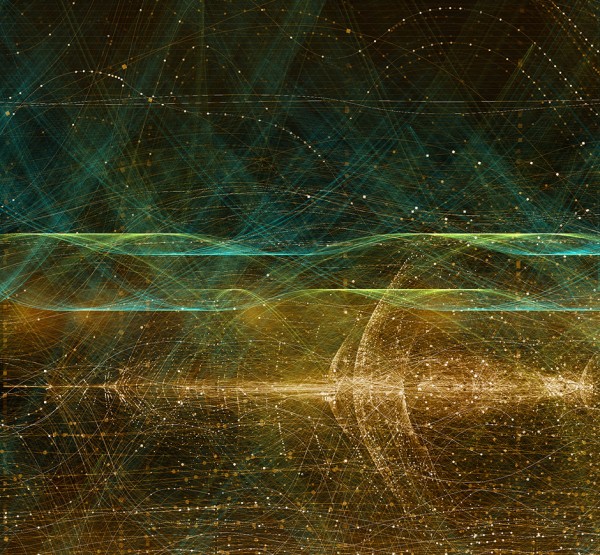 Russian high-tech billionaire Yuri Milner and a stellar team of scientists and others today (July 20, 2015) announced an unprecedented $100 million new effort in the Search for Extraterrestrial Intelligence (SETI). The Royal Society in London unveiled the Breakthrough Listen initiative Monday morning during a webcast. The U.S. National Radio Astronomy Observatory Greenbank Telescope, which will join the effort, called it:

… the most powerful, comprehensive, and intensive scientific search ever for signs of intelligent life in the universe. The international endeavor … will scan the nearest million stars in our own galaxy and stars in 100 other galaxies for the telltale radio signature of an advanced civilization.

Billionaire Milner plans to spend the $100 million over the next 10 years to back a radio search using the Green Bank Telescope in West Virginia and the Parkes Telescope in Australia – plus a search for laser signals by the Lick Observatory’s Automated Planet Finder Telescope in Northern California. The Greenbank Telescope announced on July 20 that it will receive significant funding – approximately $2 million per year for 10 years – to participate in this project.

The search will be conducted by a team that includes scientists from a long-running program at Berkeley that focuses on the search for extraterrestrial intelligence, or SETI. Milner said Lord Martin Rees, Britain’s astronomer royal, will head the effort’s scientific advisory board. Other advisers include longtime SETI astronomer Frank Drake and Ann Druyan, the widow of Carl Sagan and a co-creator of the Cosmos TV series. Drake was quoted as saying:

We will have the most powerful and enduring search that’s ever been launched.

In addition, others at Breakthrough Listen will be brainstorming the best way to send a message out into the cosmos.

Yuri Milner is funding Breakthrough Listen. He was an early investor in Facebook and Twitter and has funded other large endeavors, for example, the largest award in the world in the field of Biomedicine and life Sciences, called the Breakthrough Prize. Image via Rusnanotekh.com

The program will include a survey of the one million closest stars to Earth. It will scan the center of our Milky Way galaxy and the entire galactic plane, the flat part of the galaxy in which our sun and most other Milky Way stars like our sun orbit.

Beyond the Milky Way, Breakthrough Listen will search for messages from the 100 closest galaxies. The announcement from the Greenbank Telescope said:

If a civilization based around one of the 1,000 nearest stars transmits to us with the power of common aircraft radar, the GBT and the Parkes Telescope could detect it.

What’s more, the vast amounts of data generated in the program will be open to the public. The Greenbank Telescope said:

This will likely constitute the largest amount of scientific data ever made publicly available. The Breakthrough Listen team will use and develop the most powerful software for sifting and searching this flood of data. All software will be open source. Both the software and the hardware used in the Breakthrough Listen project will be compatible with other telescopes around the world, so that they could join the search for intelligent life. As well as using the Breakthrough Listen software, scientists and members of the public will be able to add to it, developing their own applications to analyze the data.

Breakthrough Listen will also be joining and supporting SETI@home, the University of California, Berkeley ground-breaking distributed computing platform, with 9 million volunteers around the world donating their spare computing power to search astronomical data for signs of life.

Collectively, they constitute one of the largest supercomputers in the world. 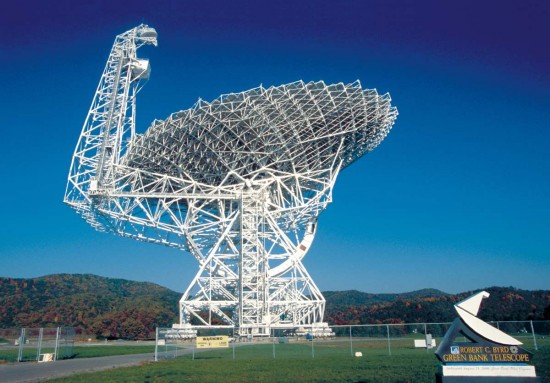 This telescope in Greenbank, West Virginia will join in the search for intelligent life in the universe as part of the Breakthrough Listen endeavor. Image via NRAO/AUI/NSF

Bottom line: On July 20, Russian high-tech billionaire Yuri Milner and a team of scientists and others announced an unprecedented $100 million new effort in the Search for Extraterrestrial Intelligence (SETI). The Breakthrough Listen initiative will will scan the nearest million stars in our galaxy plus stars in 100 other galaxies for telltale signs of an advanced civilization.