The survey shows 250,000 galaxies in an area of sky 4 times the size of a full moon. It’ll be used to help trace galaxy evolution over the last 13 billion years. 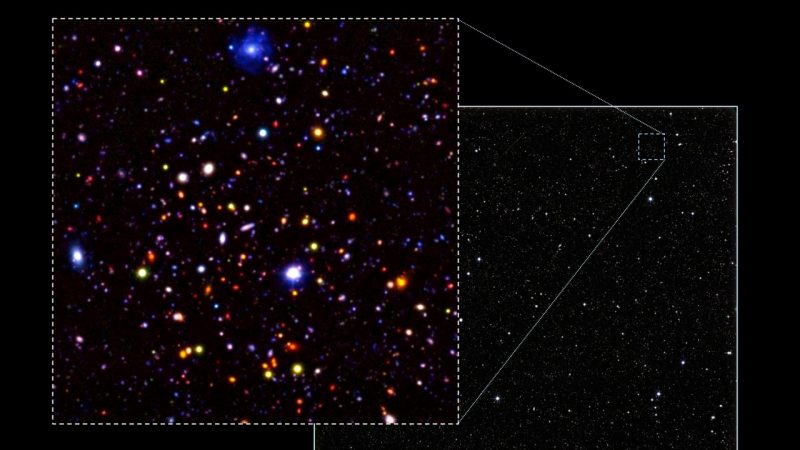 An image of a small section (0.4%) of the Ultra-Deep Survey field. Most of the objects in the image are very distant galaxies. Image via University of Nottingham.

On June 28, 2016, Omar Almaini and his team from the University of Nottingham released the final images of what they call the Ultra-Deep Survey (UDS) – the deepest near-infrared survey yet performed over an area of sky about four times the size of a full moon. The scientists observed 250,000 galaxies in this region of the sky, in the direction of the constellation Cetus the Whale. Several hundred of these galaxies are seen as they were in the first billion years after the Big Bang.

The scientists say their goal has been to learn about the formation of galaxies and track their evolution over the past 13 billion years in our universe’s history.

The images released by the scientists are the final product of many years of work, and they are beautiful. Explore zoomable versions of these images here. 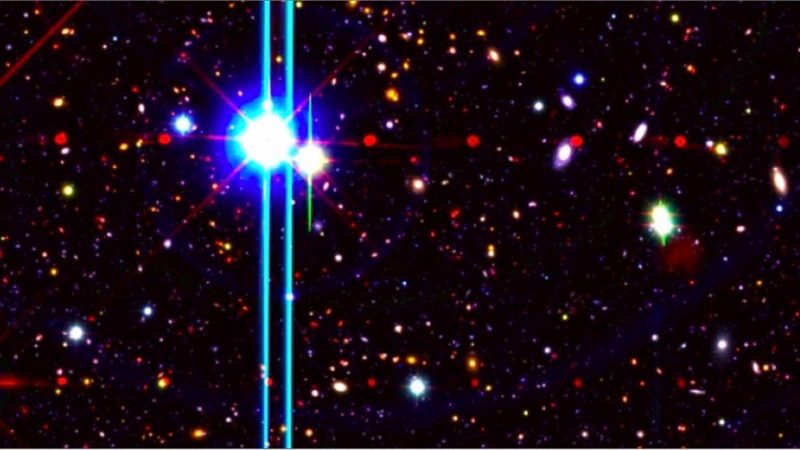 One of the images from the Ultra-Deep Survey, via University of Nottingham.

The release of the final UDS images represents the culmination of this project, which began logging hours on telescopes in 2005. The team logged over 1,000 hours of exposure time on the United Kingdom Infrared Telescope (UKIRT) in Hawaii. The astronomers observed the same area of sky repeatedly, probing to an unprecedented depth. Almaini said in a statement:

With the UDS we can study distant galaxies in large numbers, and observe how they evolved at different stages in the history of the universe. We see most of the galaxies in our image as they were billions of years before the Earth was formed.

The UDS is the deepest of 5 projects, collectively known as the UKIRT Infrared Deep Sky Survey (UKIDSS).

Earlier releases of data from the UDS have already produced a wide range of scientific advances, including studies of the earliest galaxies in the first billion years after the Big Bang, measurements of the build-up of galaxies through cosmic time, and studies of the large-scale distribution of galaxies to weigh the mysterious ‘dark matter’ that pervades the cosmos.

The added depth from the new release is expected to produce many new breakthroughs.

Bottom Line: Scientists released final images from the Ultra-Deep Survey (UDS) on June 28, 2016. The survey – by astronomer Omar Almaini and his team – is the deepest near-infrared survey performed on an area of roughly four full moons.

Via University of Nottingham