Menkar is the Whale’s alpha star

It’s not the most famous star in Cetus the Whale, or the brightest, although it carries the designation Alpha. But Menkar has its own claims to fame. 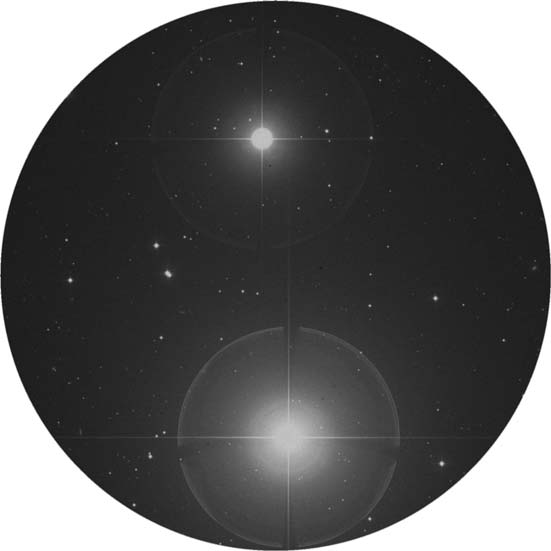 Alpha Ceti, aka Menkar, appears as a double star in small telescopes, but in fact the two stars lie at very different distances.

Menkar ranks as the second-brightest star in the constellation Cetus the Whale, after Diphda, or Deneb Kaitos, otherwise known as the Whale’s Tail. All the same, Menkar has been awarded the alpha designation (Alpha Ceti), possibly because Menkar sits closer to the ecliptic, which marks the sun’s yearly circuit in front of the background stars. And, of course, the most famous star in Cetus is neither of these. It is Mira, a famous variable star.

Still, Menkar has its own claims to fame. Follow the links below to learn more about Menkar.

Menkar as a star of TV and film.

When is the best time to see Menkar? 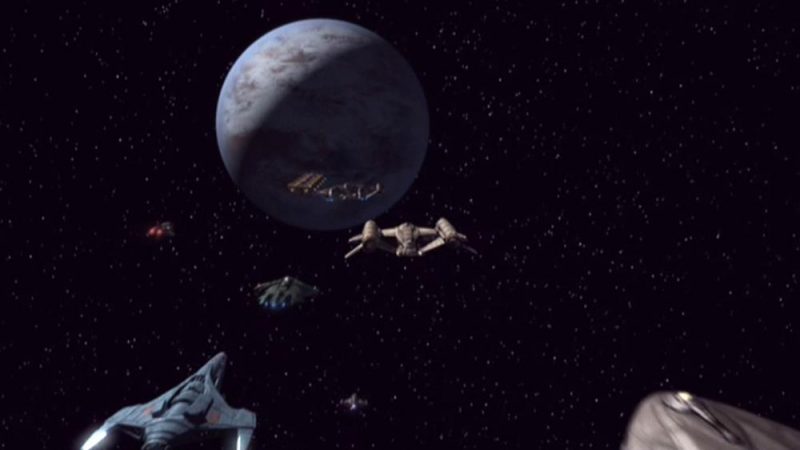 Fictional planet Ceti Alpha V via Wikia. In reality, no planets are known for the star Alpha Ceti … yet.

Menkar as a star of TV and film. For you Star Trek fans, this star played a key role in an original Star Trek episode called Space Seed (1967) as well as in the second Star Trek film Star Trek II: The Wrath of Khan (1982).

Ceti Alpha V (note flipped Bayer designation) is the planet on which Khan and his crew are exiled in Space Seed, and from which they escape in Wrath of Khan after the planet is rendered uninhabitable. 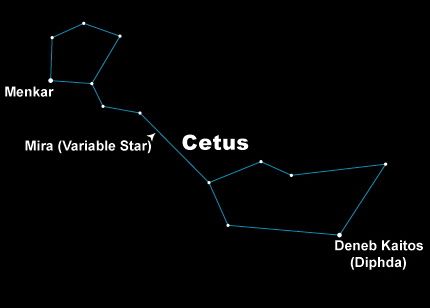 When is the best time to see Menkar? As seen from northern temperate and polar latitudes, Menkar shines due south around 9 p.m. local time around the December winter solstice (on or near December 21). Because all the stars, except the sun, return to the same place in the sky about 2 hours earlier with each passing month, that places Menkar highest up and due south around 7 p.m. on January 21.

The V-shaped Hyades star cluster – Face of the Bull in the constellation Taurus – serves as a directional arrow, pointing the way to the star Menkar. Hop two fist-widths from the point of the “V” to locate Menkar’s approximate position in the star-studded heavens. (Hold your fist at arm’s length.)

It’s pretty easy to see Menkar and the Circlet of stars outlining the Head of Cetus the Whale in a dark sky. In the lore of the sky, this fearsome creature almost gobbled up the Princess Andromeda, the daughter of King Cepheus and Queen Cassiopeia. But Perseus the hero rescued the Ethiopian princess in the nick of time. 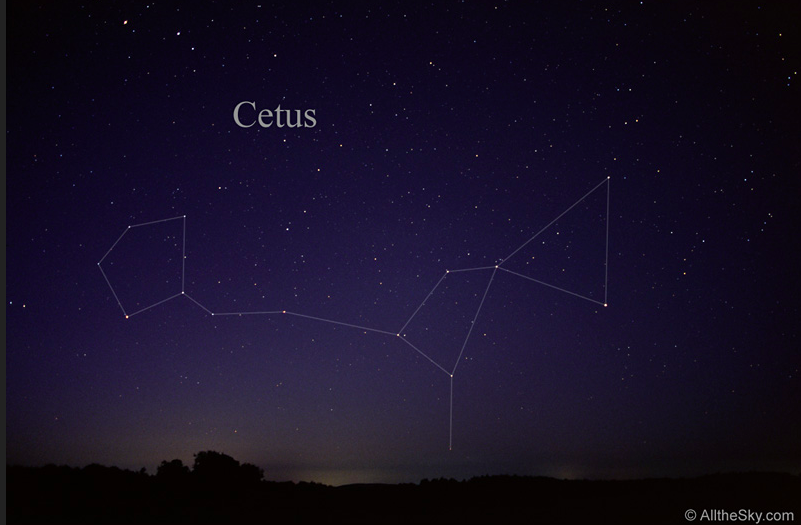 A photograph of the constellation Cetus the Whale, via Till Credner

Science of Menkar. A small telescope shows Menkar to be a colorful double star. The orange giant star, Menkar, contrasts with its fainter blue-white companion, the star 93 Ceti. These two stars are not physically related but happen to lie along our line of sight, as seen from Earth. Menkar resides some 220 light-years away, while 93 Ceti is at least twice that distance away.

Menkar’s ruddy complexion reveals that it’s a cool star in the autumn of its years, and 93 Ceti’s blue-white radiance indicates a hot star in the heyday of youth.

Menkar is similar to our sun in mass, with only about twice the sun’s mass. However, Menkar is in a different stage of its evolution than our sun. It has exhausted the hydrogen and helium fuel at its core and has expanded to become a giant star with about 89 times the radius of our sun. The large area of Menkar’s photosphere – or visible outer layer – means that it is emitting about 1,455 times as much energy as the sun, even though the effective temperature is only 3,795 K (compared to 5,778 K on the sun). The low temperature is the reason Menkar shines with a reddish hue. Red stars tend to be cooler stars than white stars, just as red hot on Earth indicates something cooler than white hot.

As Menkar continues to evolve – and to burn carbon at its core – it’s thought this star will become unstable and ultimately become a variable star, perhaps similar to Mira, Cetus the Whale’s famous variable star.