At 7:49 AM EDT on Tuesday, July 14 New Horizons zips past Pluto at 30,800 miles per hour (49,600 kilometers per hour), with a suite of seven science instruments busily gathering data. Fran Baganel is the particles and plasma science team leader on the New Horizons mission.

Bagenal began her career working on NASA’s Voyager mission to the outer planets, she was among just a handful of women on the team. But that didn’t phase her. She was focused on particles and plasma. Bagenal said:

That’s just how it was… Space physics was just my way of exploring the solar system.

Now, as the particles and plasma science team leader on the New Horizons mission to Pluto, her response to the relative abundance of women on the team is met mostly with a shrug.

This isn’t remarkable—it’s just how it is. 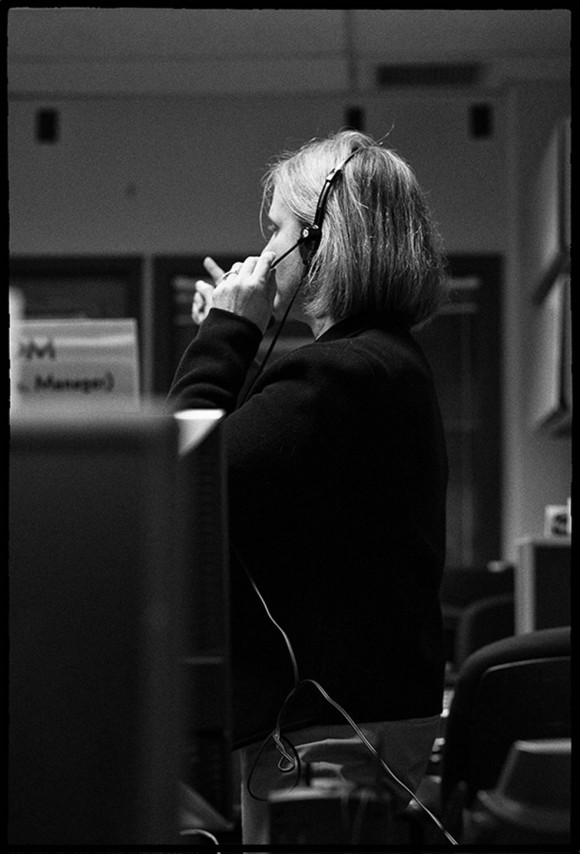 Alice Bowman, the Mission Operations Manager, at work in the Mission Operations Center. On the job, Bowman is the “MOM” of the MOC. This photo was taken during the New Horizons (final) hibernation wake-up on December 6, 2014. Bowman said, “It looks like I was either asking for a different configuration or asking about the telemetry I was seeing on the displays.” Image credit: SwRI/JHUAPL

Bagenal’s attitude regarding the strong female presence on the New Horizons mission is mostly echoed by colleagues who were informally surveyed. Kim Ennico is a deputy project scientist on New Horizons who calibrates instruments on the spacecraft and monitors their status. She said:

I’ve never really thought about it. I’m really only conscious of it when there are only women in a meeting room.

In preparation for New Horizons’ Pluto flyby—the mission phase between July 7 and July 16, Ennico worked with Leslie Young, another deputy project scientist who is also the encounter planning leader on the science team. Young is tasked with fitting all of New Horizons’ science goals into the precious few days the spacecraft will be in the near vicinity of Pluto. Young said:

I figure out the spacecraft’s priorities … a job that means scheduling observations that can run simultaneously to gather the most data in a limited time.

Young’s flyby playbook for New Horizons is turned into spacecraft commands by the science operation team managed by Tiffany Finley, who calls the gender balance on the New Horizons team “refreshing.”

Spacecraft commands are passed on to the mission operations team, managed by Alice Bowman. She personally reads every line of code before it’s sent on a four-and-a-half hour journey to New Horizons. Bowman said:

I’m the last one who signs off on everything we send to the spacecraft. I want to make sure it’s perfect. 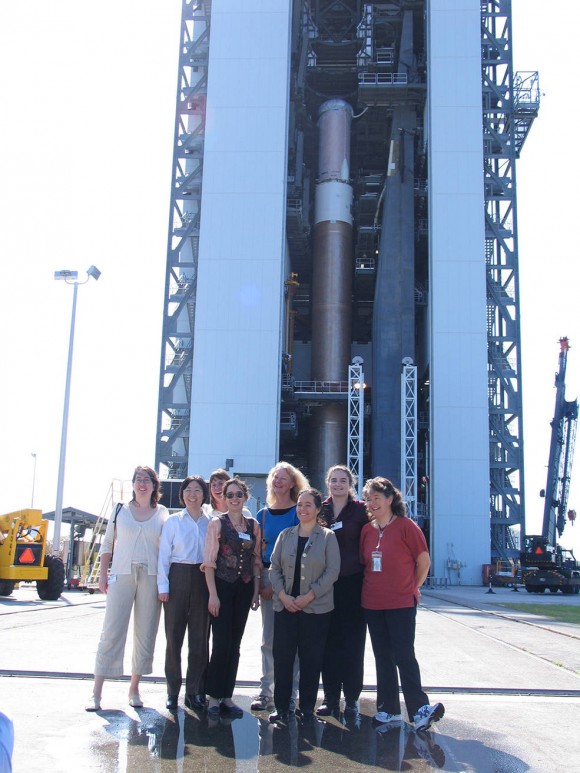 Members of the New Horizons team are shown at the launch of the spacecraft, Kennedy Space Center, Cape Canaveral, Florida on January 19, 2006. Image credit: KSC/NASA

Of course, the flyby science couldn’t happen without the spacecraft arriving at its target, a major challenge that falls to Yanping Guo. As the mission design leader, Guo configured the entire mission trajectory, including the Jupiter and Pluto flybys. In short, Guo said:

My job is to get New Horizons to Pluto.

The dozens of women who are powering New Horizons to the history-making July 14 flyby of Pluto look forward to the day when the conversation about gender becomes irrelevant. Young said:

Girls will be inspired to be scientists and boys will grow up to be ‘gender blind,’ seeing women in science as the norm.

New Horizons is about a group of talented, smart people who are passionate about the mission. That’s what makes New Horizons awesome.