The coldest place in the universe

Astronomers say the Boomerang Nebula is the coldest place in the universe at one degree Kelvin (minus 458 degrees Fahrenheit). It’s even colder than background space.

Meet the Boomerang Nebula – a young example of what astronomers call a planetary nebula, although it has nothing to do with planets. This object is located some 5,000 light-years away. It once was a star much like our sun, but now it’s near the end of its life, and it has sloughed off its outer layers. Astronomers say the Boomerang Nebula is the coldest known object in the universe. They’ve learned that its temperature is one degree Kelvin (minus 458 degrees Fahrenheit). That’s even colder than the faint afterglow of the Big Bang, which is the natural background temperature of space: colder than space itself.

Astronomers announced today (October 24, 2013) that they have used the Atacama Large Millimeter/submillimeter Array (ALMA) telescope in Chile to take a new look at this object. The image below is the result of those new observations. With these observations, astronomers also have a better understanding of the shape of the Boomerang Nebula, which previously was thought to be reminiscent of a bow-tie. 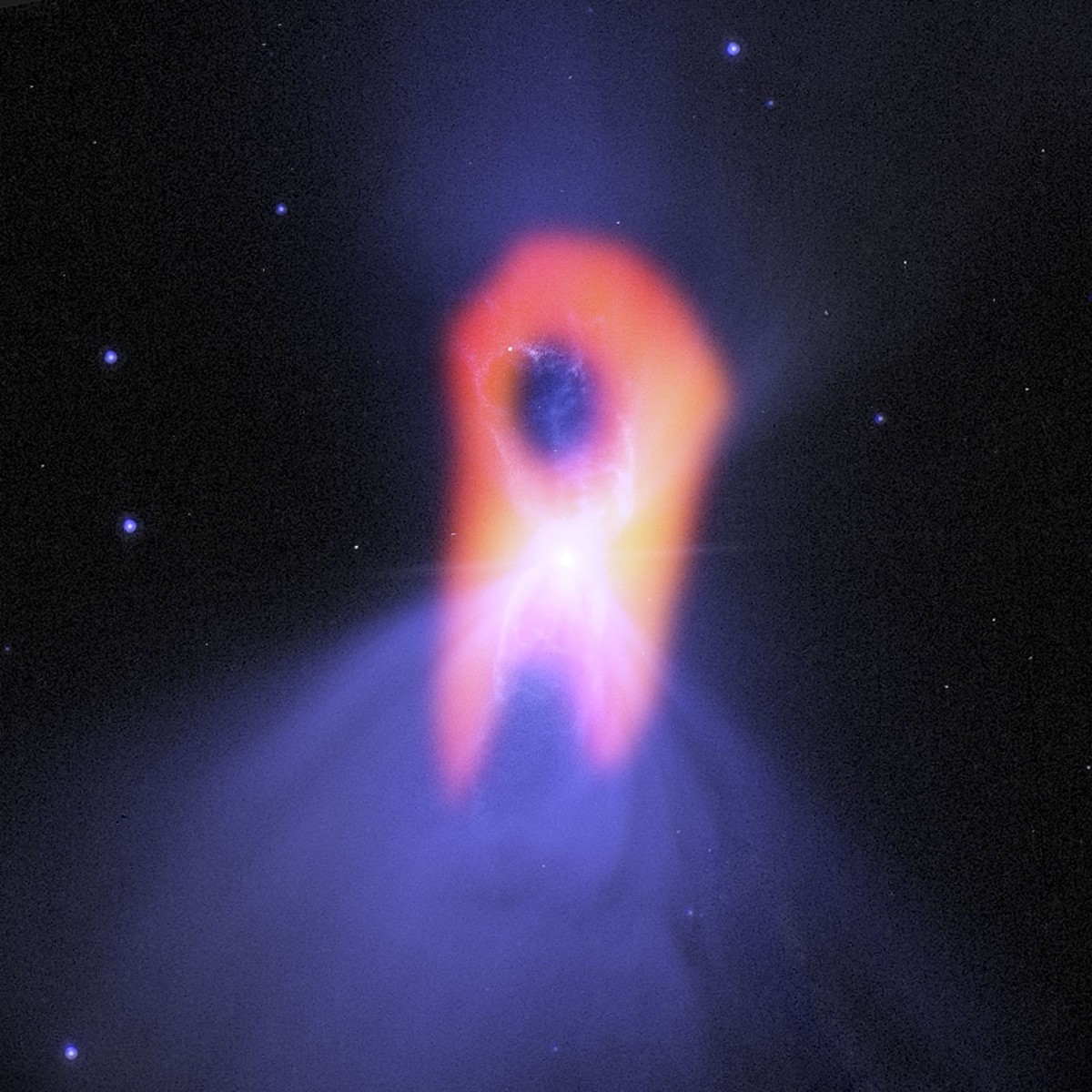 Ground-based telescopes originally showed the Boomerang as appearing lopsided, which is how it got its name. In 2005, the Hubble Space Telescope revealed a bow-tie structure (see the image at the bottom of this post). The new ALMA data suggests that the twin lobes of the bow-tie may be a trick of the light as seen at visible wavelengths.

Astronomers say the Boomerang Nebula is on its way to becoming a planetary nebula; that is, eventually its central star will become a white dwarf or condensed star, which will cause the nebula to glow. Not yet, though. At this stage, the nebula is seen by starlight reflecting off its dust grains. In a press release from NRAO, astronomers who study this object explain:

The outflow of gas from this particular star is expanding rapidly and cooling itself in the process. This is similar in principle to the way refrigerators use expanding gas to produce cold temperatures.

It’s apparently the very rapid expansion of the gases that makes the nebula so cold. 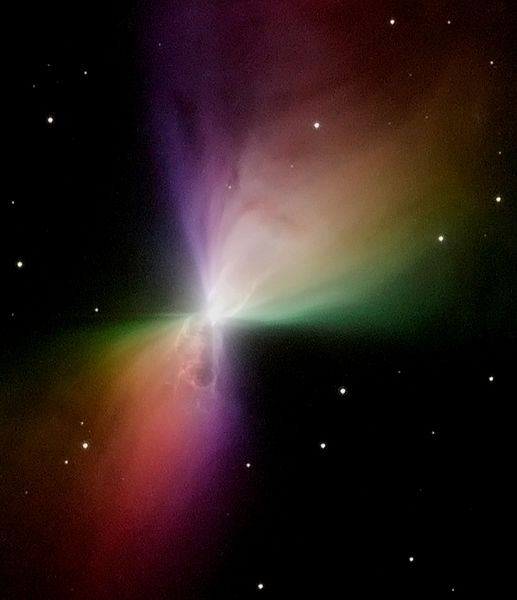 Boomerang Nebula seen at visible wavelengths with the Hubble Space Telescope. Prior to the new observations with ALMA, astronomers had thought this nebula had a bow-tie shape. And so it goes, with advancing technologies revealing ever more detail about the universe around us. Image via HubbleSite.org

Bottom line: Astronomers say the Boomerang Nebula is the coldest place in the universe at one degree Kelvin (minus 458 degrees Fahrenheit). It’s even colder than background space. Previously, this nebula was thought to have a bow-tie shape. Recent observations with the ALMA telescope in Chile reveal a different and more complex shape.