Posted by Eleanor Imster and Deborah Byrd in Space | August 11, 2020

A new study suggests that distant stars in our Milky Way galaxy might be orbited by as many as 7 Earth-like planets, in the absence of a gas giant planet like Jupiter. 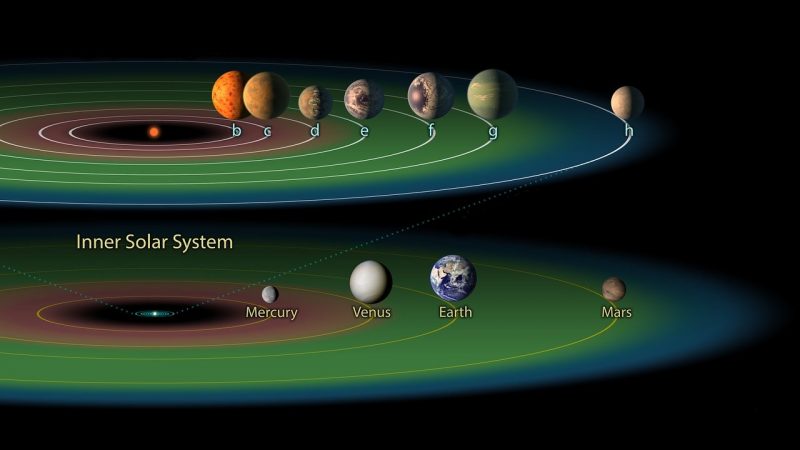 A new computer model developed by astrobiologists at University of California, Riverside suggests that – in the absence of a gas giant planet like Jupiter – some stars in our Milky Way galaxy could have as many as seven Earth-like planets. That’s in contrast to our solar system, which has a Jupiter and only one planet in its habitable zone, our own Earth.

The peer-reviewed Astronomical Journal published this study on July 27, 2020.

So far, Earth is the only planet in the universe where we know for certain life exists. It’s only logical that life exists elsewhere, though. When astrobiologists talk about other worlds that might host life, they tend to focus on those in the habitable zone, the zone around a star where liquid water can exist. Astrobiologist Stephen Kane has been studying the nearby planetary system system Trappist-1, which caused a sensation when it was discovered this system has at least seven planets, including three Earth-like planets in its habitable zone. Kane said in a statement:

This made me wonder about the maximum number of habitable planets it’s possible for a star to have, and why our star only has one. It didn’t seem fair!

Kane’s team created a computer model simulating planets of various sizes orbiting their stars. An algorithm accounted for gravitational forces and helped test how the planets interacted with each other over millions of years. The researchers found that it’s possible for some stars to support as many as seven planets in the habitable zone. Kane commented:

More than seven, and the planets become too close to each other and destabilize each other’s orbits. 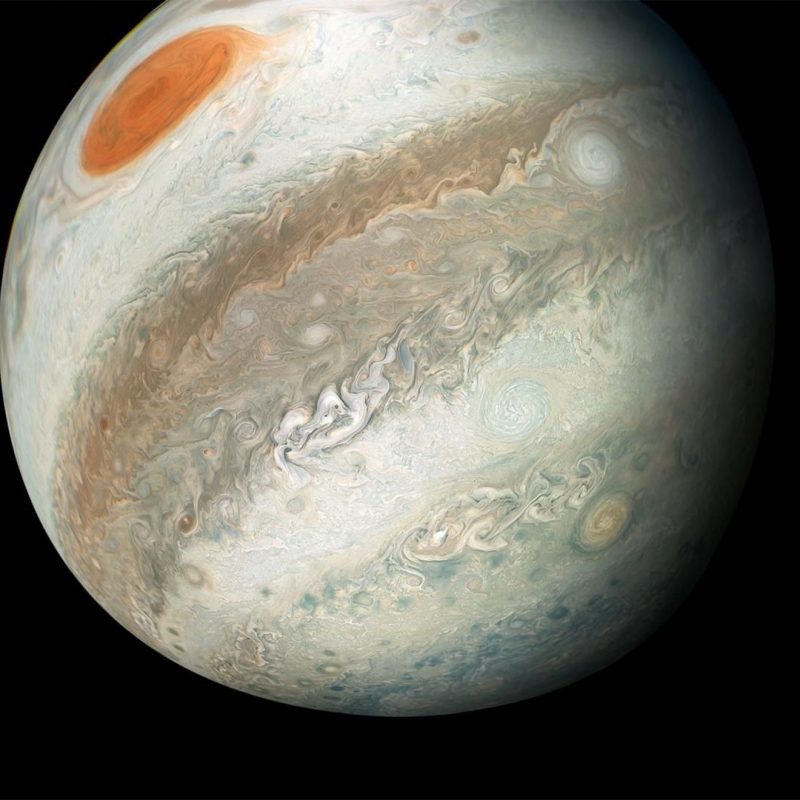 This is Jupiter as seen by the Juno spacecraft in April 2018. Does this giant world prevent our solar system from having more than one inhabited planet? Image via NASA/ JPL-Caltech/ SwRI/ MSSS/ Gerald Eichstad/ Sean Doran.

What determines this abundance of planets in a star’s habitable zone? The answer doesn’t lie within the star itself. These scientists said a star like our sun could potentially support six planets with liquid water. But it doesn’t. Why?

One factor is the shape of the planets’ orbits. It helps, these scientists explained, if the planets’ movements in orbit around their star are more circular than, for example, Earth’s orbit. Our planet’s orbit is very nearly circular, but still somewhat elliptical, like a circle someone sat down on. Earth’s elliptical orbit explains why our planet is closest to the sun in early January (Northern Hemisphere winter) and farthest from the sun in early July (Northern Hemisphere summer). A more circular orbit – rather than a more eccentric or irregular orbit – minimizes close contacts between planets in the system and helps maintain stable orbits, these scientists explained. And it makes sense that a stable orbit – a constant distance from a star – would be beneficial to life as it’s evolving. It wouldn’t do to have ice ages coming and going on timescales of hundreds of years, for example – rather than thousands as on our own planet – as you would have on a planet with a highly elliptical 100+-year orbit.

There’s also another big factor in our solar system that has kept more planets from being in our sun’s habitable zone. And that is our solar system’s biggest planet, giant Jupiter. Jupiter has a mass 2 1/2 times that of all the other planets in the solar system combined. Kane explained:

It has a big effect on the habitability of our solar system because it’s massive and disturbs other orbits.

These scientists are the first to point out that the Trappist-1 system is a rarity for earthly astronomers thus far; only a handful of stars are known to have multiple planets in their habitable zones. Moving forward, Kane plans to search for more stars like Trappist-1, surrounded entirely by smaller planets with no big gas giants like Jupiter. He said these stars will be prime targets for direct imaging with NASA telescopes like the one at Jet Propulsion Laboratory’s Habitable Exoplanet Observatory.

Kane’s study identified one such star – Beta Canum Venaticorum, aka Beta CVn – which is relatively close by at 27 light-years. Because it doesn’t have a Jupiter-like planet, it will be included as one of the stars checked for multiple habitable zone planets, these scientists said.

Bottom line: A new study suggests that some stars could have up to 7 planets in their habitable zones.

Source: Dynamical Packing in the Habitable Zone: The Case of Beta CVn