Are there worlds out there – orbiting distant stars – even better suited for life than Earth? Might they be older, larger, warmer, wetter and with longer-living stars? Now astronomers have identified 24 possible superhabitable worlds. 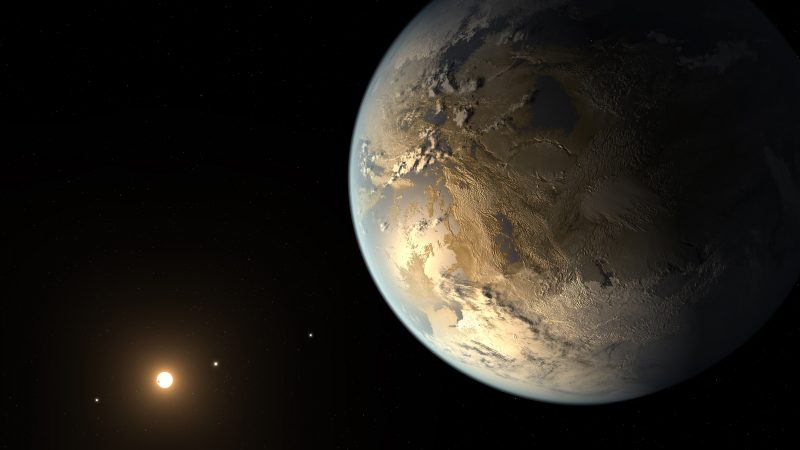 Artist’s concept of Kepler-186f, the first Earth-sized exoplanet to be discovered in the habitable zone of its star. It is located 500 light-years from Earth in the constellation Cygnus. Some planets like this, and super-Earths, may be “superhabitable” and even better suited for life than Earth is. Image via NASA Ames/ SETI Institute/ JPL-Caltech.

Earth is brimming with life; almost everywhere you look, plants and creatures of one form or another call our little blue ball home. Scientists find microbes – microscopic life – even in places with the harshest conditions. We tend to take Earth’s suitability for life for granted. We might think that, with all its beauty and diversity, our planet must be the best anywhere for life. Or is it?

A new study from researchers at Washington State University, announced on October 5, 2020, makes the case that there may well be planets out there that have conditions even more favorable for life than our own. Out of the over 4,000 currently known exoplanets, the researchers also narrowed those down to 24 candidate superhabitable planets that could be even better suited to life than Earth.

The new peer-reviewed paper that explains their reasoning was published in the journal Astrobiology on September 18, 2020.

As the paper summarized:

The fact that Earth is teeming with life makes it appear odd to ask whether there could be other planets in our galaxy that may be even more suitable for life. Neglecting this possible class of ‘superhabitable’ planets, however, could be considered anthropocentric and geocentric biases. Most important from the perspective of an observer searching for extrasolar life is that such a search might be executed most effectively with a focus on superhabitable planets instead of Earth-like planets. We argue that there could be regions of astrophysical parameter space of star-planet systems that could allow for planets to be even better for life than our Earth. We aim to identify those parameters and their optimal ranges, some of which are astrophysically motivated, whereas others are based on the varying habitability of the natural history of our planet. Some of these conditions are far from being observationally testable on planets outside the solar system. Still, we can distill a short list of 24 top contenders among the >4000 exoplanets known today that could be candidates for a superhabitable planet. In fact, we argue that, with regard to the search for extrasolar life, potentially superhabitable planets may deserve higher priority for follow-up observations than most Earth-like planets. 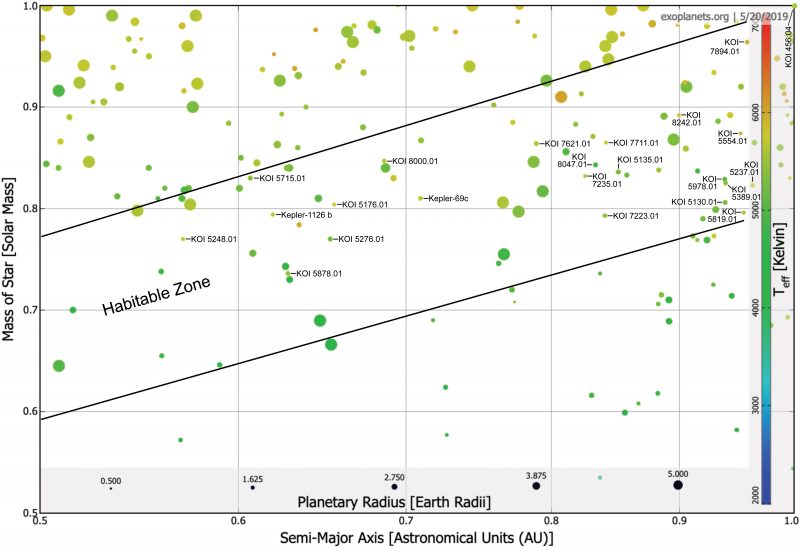 The new study was led by scientist Dirk Schulze-Makuch, who said in a statement:

It’s sometimes difficult to convey this principle of superhabitable planets because we think we have the best planet. We have a great number of complex and diverse lifeforms, and many that can survive in extreme environments. It is good to have adaptable life, but that doesn’t mean that we have the best of everything.

According to the study, such planets would be older, a little larger, slightly warmer and possibly wetter than Earth. It also helps if they orbit stars older than the sun,  with longer lifespans. Our sun’s lifetime is estimated to be 10 billion years, and it took about 4 billion of those years before any complex life evolved on Earth. But some other stars can live much longer, giving life more time to evolve.

So how did the researchers come to these conclusions, and how did they decide upon these 24 best candidates?

Schulze-Makuch, along with astronomers René Heller of the Max Planck Institute for Solar System Research and Edward Guinan of Villanova University, started with planet-star systems where rocky terrestrial-type planets orbit within the habitable zone, the region around a star where temperatures could allow liquid water to exist. They selected these from the Kepler Objects of Interest exoplanet archive of transiting exoplanets.

Many of these stars are G stars, similar to our sun, with similar lifetimes, so the researchers also looked at K stars, orange-red dwarfs, which are cooler, less massive and less luminous. That may not sound as ideal for life as sun-like stars, but they have one big advantage: their lifetimes are anywhere from 20 billion to 70 billion years. If life started on a planet orbiting a K dwarf star, it would have much more time to evolve than life on Earth has so far.

Older planets, therefore, are better, but they shouldn’t be too old either. Eventually, they will have exhausted their interior geothermal heat and lose their protective geomagnetic fields. What is the ideal age, then? The researchers say the “sweet spot” age for a planet is about 5 billion to 8 billion years old. Our Earth is still only 4.5 billion years old. 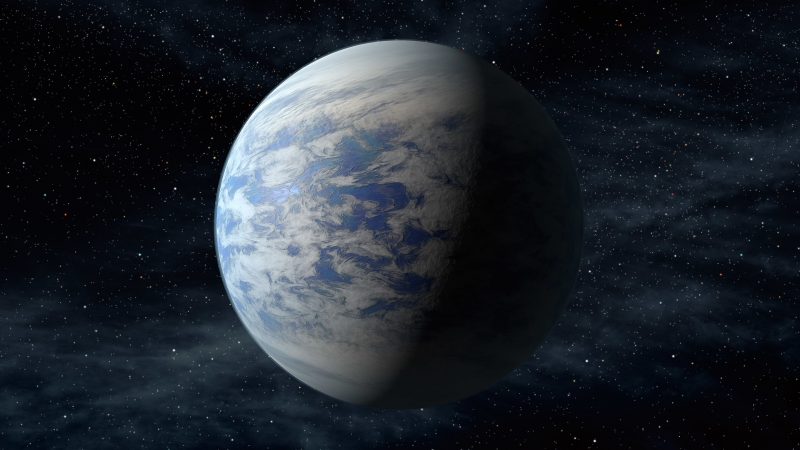 Artist’s concept of Kepler-69c, one of the 24 exoplanets on the superhabitable list. It is a super-Earth-size planet in the habitable zone of a sun-like star, located about 2,700 light-years from Earth in the constellation Cygnus. Image via NASA/ NASA Ames/ JPL-Caltech/ T. Pyle.

What are other factors that would make a planet superhabitable?

According to the researchers, the planet should be a bit larger than Earth. Around 10% is good. Such worlds should have more habitable land area. Also, if a planet was about 1.5 times as massive as Earth, radioactive decay in the planet’s interior would last longer to provide heat, and the stronger gravity would help the planet to retain its atmosphere longer.

What about water? All life on Earth needs water to survive. Planets a bit warmer than Earth, with more moisture and a mean surface temperature of about 8 degrees Fahrenheit (5 degrees Celsius) greater than Earth, could be more habitable as well. Even on Earth, there is more diversity of life in warmer and wetter tropical rain forests than in other areas.

Although the researchers have tentatively identified 24 best candidates so far, there may be many more out there, since scientists now estimate that there are billions of planets in our galaxy alone. Many of those are super-Earths, planets larger than Earth but smaller than Neptune. Some of those would have an ideal size and mass to be a superhabitable world. 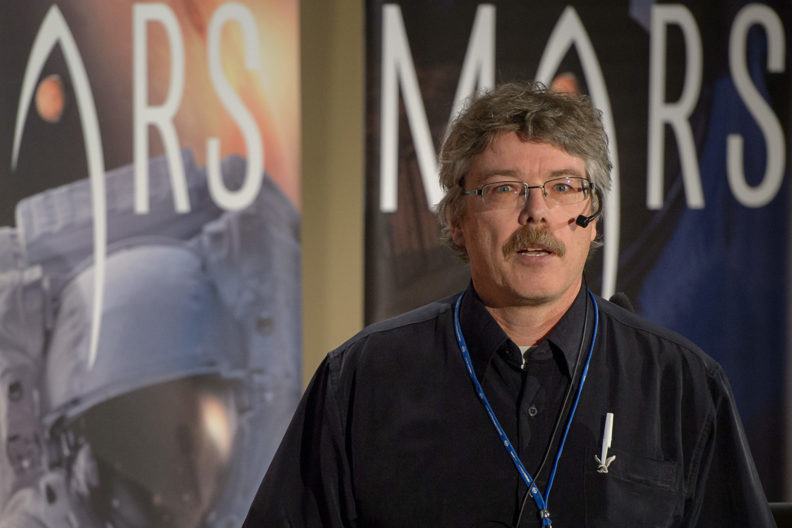 How many of them could actually be habitable or even superhabitable? Only further studies will help to answer that question, and the newest upcoming space telescopes, such as the James Webb Space Telescope, will be able to analyze the atmospheres of some of these worlds, and search for potential biosignatures. Schulze-Makuch said:

With the next space telescopes coming up, we will get more information, so it is important to select some targets. We have to focus on certain planets that have the most promising conditions for complex life. However, we have to be careful to not get stuck looking for a second Earth because there could be planets that might be more suitable for life than ours.

The next few years will be an exciting time for exoplanet research. Each discovery brings us closer to, hopefully, finding the first evidence of life outside our solar system. The diversity of life on just our Earth alone is astonishing. If there are indeed superhabitable worlds out there, the kinds of life that may exist may be only limited by our imagination.

Bottom line: Scientists have identified 24 possible superhabitable exoplanets that could be even better suited for life than Earth.

Source: In Search for a Planet Better than Earth: Top Contenders for a Superhabitable World