The search for the sun’s lost siblings

Our sun’s sibling stars could be scattered across the sky. Astronomers are sifting through newly released data in the GALAH Survey – a galactic archaeology survey – hoping to find them. 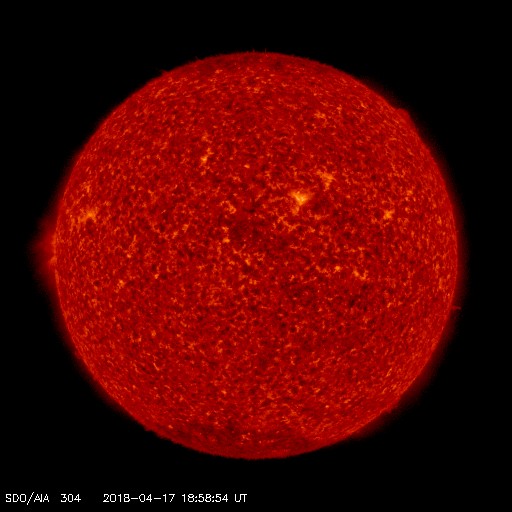 Stars are typically born in star clusters, and our sun likely was, too. The sun’s home cluster would have been pulled apart relatively quickly, as the cluster moved through the space of our Milky Way galaxy. Today, the sun’s sibling stars would be scattered across our sky. But clues to the sun’s siblings remain. For example, astronomers would expect each star in the sun’s birth cluster to have the same chemical composition. On April 17, 2018 – in the first major public data release from a galactic archaeology survey, called the GALAH Survey – astronomers in Australia and Europe announced they’ve mapped the chemical profiles of 350,000 stars in our Milky Way. They’re referring to this information, somewhat fancifully, as the stars’ DNA. Among other information culled from the GALAH data, they say, we may discover the lost siblings of our sun.

The GALAH (GALactic Archaeology with HERMES) Survey was launched in late 2013. It uses a sophisticated computer code to analyze spectroscopic data on the stars, obtained from the HERMES spectrograph at the 3.9-meter (13-foot) Anglo-Australian Telescope at the Australian National University’s Siding Spring Observatory. Martin Asplund of Australian National University led the recent analysis. He said that – when it’s finished – GALAH will help reveal original star clusters for our sun and more than one million other stars. He said:

This survey allows us to trace the ancestry of stars, showing astronomers how the universe went from having only hydrogen and helium — just after the Big Bang — to being filled with all the elements we have here on Earth that are necessary for life.

Gayandhi De Silva of the University of Sydney is the HERMES instrument scientist who oversaw the groups working on the April 17 data release. He commented:

No other survey has been able to measure as many elements for as many stars as GALAH.

The GALAH team has spent more than 280 nights at the telescope since 2014 to gather all the data collected so far. These astronomers say their survey will, for the first time, provide:

… a detailed understanding of the history of the galaxy.

Bottom line: On April 17, 2018, in the 1st major public data release from the GALAH Survey, astronomers in Australia and Europe announced they’ve mapped the chemical profiles of 350,000 stars in our Milky Way. The goal is to understand our galaxy’s history. Along the way, they may find the lost siblings of our sun.