A powerful solar eruption has sent a massive stream of charged particles toward Earth – due January 24, 2012. Aurora alert at lower latitudes than normal!

An active region on the sun has spawned an M8.7 eruption – nearly an X-flare – that blasted a stream of charged particles toward Earth, due to arrive tomorrow (January 24, 2012). Experts at NOAA’s Space Weather Prediction Center are saying it is the strongest radiation storm since 2005. The eruption took place last night (January 22) at 9:59 p.m. according to clocks in the central U.S. (03:59 UTC on January 23). There is no danger to you on Earth’s surface, but satellites in orbit might feel the effects and your cell phone might act twitchier than usual. Plus … aurora alert at lower latitudes than normal! 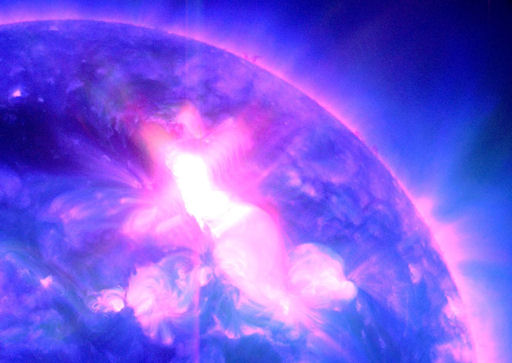 The eruption came from sunspot 1402, on a part of the sun that recently turned into view and has been active for several days. The leading edge of the resulting stream of charged particles – known as a coronal mass ejection, or CME – is expected to reach Earth on January 24 at 8 a.m. CST, or 14 UTC (+/- 7 hours). Mars is due to be struck by the CME, too, on January 25. 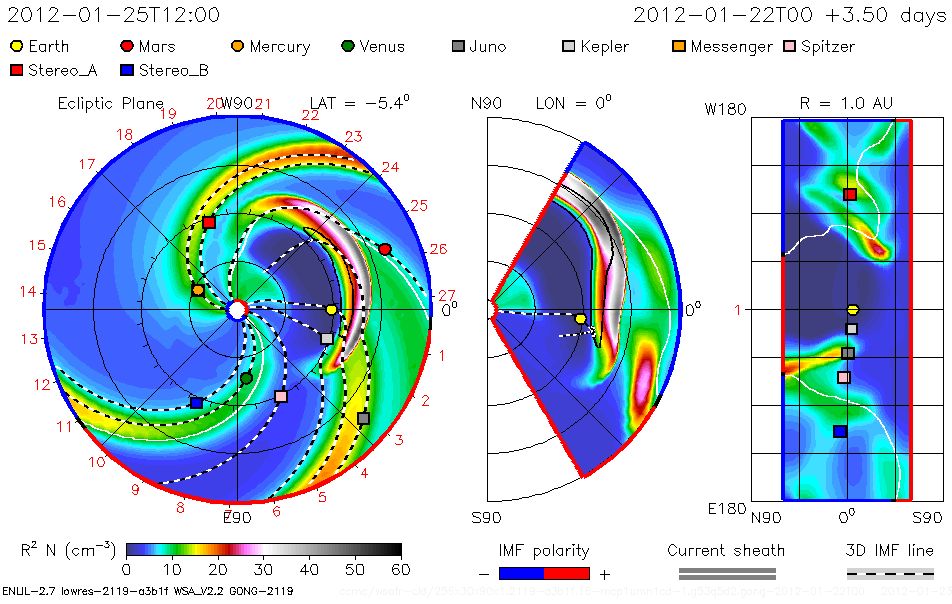 The curved line in the far left part of this image is the wave of solar radiation particles traveling outward, due to strike Earth on January 24, 2012 and Mars on January 25. See an animated version of this image here from NASA.

How will the solar radiation storm affect Earth? When the coronal mass ejection – CME, or stream of charged particles from the sun – reaches Earth, strong geomagnetic storms are possible. Coronal mass ejections can disrupt radio transmissions and cause damage to satellites in orbit. On very rare occasions, they can affect electrical transmission line facilities, resulting in potentially massive and long-lasting power outages. Humans in space risk exposure to intense radiation.

Will any of these effects occur on January 24, 2012? No one knows. They are merely the potential effects of such a storm, and, remember, these storm happen pretty often especially when – as now – the sun is in an active part of its 11-year cycle. In fact, the last CME reported to be headed toward Earth was just a few days ago.

Whatever happens, there is no danger to us on Earth’s surface. 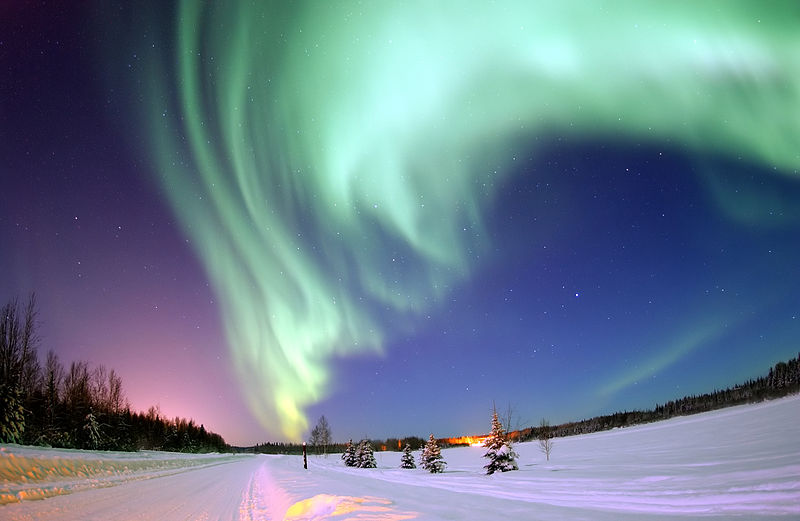 It’s not possible to say who will see the aurora on January 24, 2012. But experts are saying that aurorae should be visible at lower latitudes than normal. Be sure to go outside that night and look!

Bottom line: Sunspot 1402 spawned an M8.7 eruption on the sun at 03:59 UTC on January 23. The eruption sent a stream of charged particles toward Earth – due to sweep past us tomorrow (January 24, 2012). Experts are saying it will be the strongest radiation storm since 2005. It might create beautiful displays of the aurora at lower latitudes than normal. Be sure to look when it gets dark on January 24!