“I have never been a fan of the multiverse. If the scale of different universes in the multiverse is large or infinite the theory can’t be tested.” 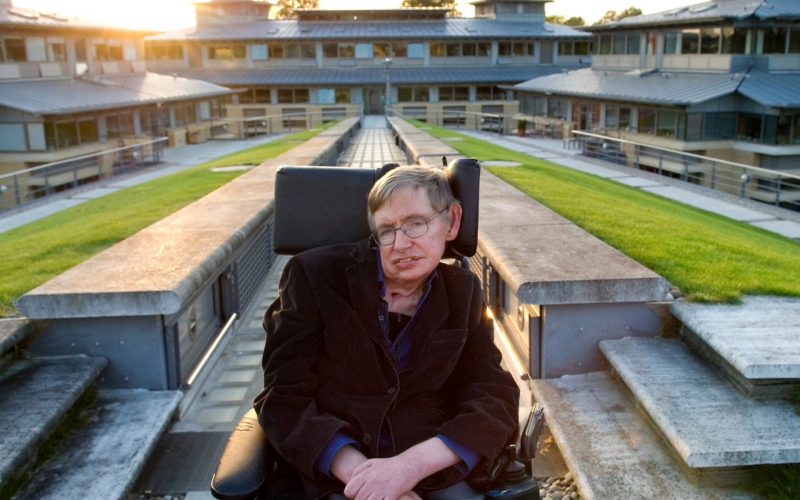 Stephen Hawking said of his study: “We are not down to a single, unique universe, but our findings imply a significant reduction of the multiverse, to a much smaller range of possible universes.” Image via Eleanor Bentall/ Telegraph.co.uk.

Does Stephen Hawking’s last study – published May 2, 2018, in the peer-reviewed Journal of High Energy Physics – prove or disprove the existence of parallel worlds? No. It’s a theory, one of many ideas in modern cosmology, many of which lead to the multiverse concept, the idea that our universe of stars and galaxies is just one of many possible separate universes. Some physicists told media sources that Hawking’s final paper did:

… set out the groundbreaking mathematics needed for a spacecraft to find traces of multiple Big Bangs.

Other physicists disagreed, telling the media:

The paper makes no statements about observational tests. It’s … one of literally several thousand ideas for what might possibly have happened in the early universe.

In fact, the study has been commented on extensively, since it first appeared online in July 2017, in the preprint journal arXiv. Hawking and Thomas Hertog, a former student and frequent collaborator at Belgium’s Catholic University Leuven, posted an updated version of the study on arXiv on March 4, 2018, just 10 days before Hawking’s death on March 14 in Cambridge, England.

Hawking and Hertog’s latest study deals specifically with a subset of Big Bang theory, called eternal inflation. Most modern Big Bang theories incorporate the idea of an inflation, which calls for an exponential expansion of space in the universe’s first fraction of a second. Eternal inflation suggests that some pockets of space keep expanding exponentially forever, while some (like the one we inhabit) don’t.

If this theory is an accurate description of the cosmos, then we live in a multiverse consisting of many isolated bubble universes.

If it’s true, then our entire known cosmos of galaxies and stars exists inside a sort of bubble, but many other bubbles – forever unknowable – exist outside ours. Some might have laws of physics similar to (or even the same as) ours. Some would operate very differently. The University of Cambridge issued a statement about Hawking’s final study this week. It explained:

The observable part of our universe would then be just a hospitable pocket universe, a region in which inflation has ended and stars and galaxies formed.

Hawking said in one of his last interviews:

The usual theory of eternal inflation predicts that globally our universe is like an infinite fractal, with a mosaic of different pocket universes, separated by an inflating ocean. The local laws of physics and chemistry can differ from one pocket universe to another, which together would form a multiverse.

But I have never been a fan of the multiverse. If the scale of different universes in the multiverse is large or infinite the theory can’t be tested.

And indeed, in their new study, Hawking and Hertog say this account of eternal inflation as a theory of the Big Bang is wrong. Hertog said:

We predict that our universe, on the largest scales, is reasonably smooth and globally finite. So it is not a fractal structure. 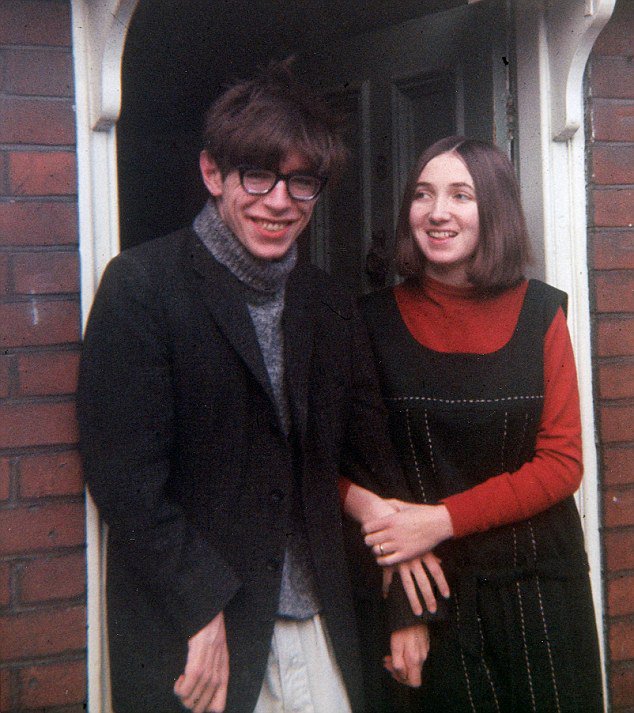 Hawking in the 1960s with his first wife Jane. He said: “My goal is simple. It is a complete understanding of the universe, why it is as it is and why it exists at all.” Image via Vintage News.

Cambridge’s statement explained more and showed how Hawking and Hertog’s study incorporated some of the most far-out physics of our time:

The theory of eternal inflation that Hawking and Hertog put forward is based on string theory: a branch of theoretical physics that attempts to reconcile gravity and general relativity with quantum physics, in part by describing the fundamental constituents of the universe as tiny vibrating strings. Their approach uses the string theory concept of holography, which postulates that the universe is a large and complex hologram: physical reality in certain 3D spaces can be mathematically reduced to 2D projections on a surface.

Hawking and Hertog developed a variation of this concept of holography to project out the time dimension in eternal inflation. This enabled them to describe eternal inflation without having to rely on Einstein’s theory.

When we trace the evolution of our universe backwards in time, at some point we arrive at the threshold of eternal inflation, where our familiar notion of time ceases to have any meaning.

The new study harks back to Hawking’s earlier no boundary theory, which predicted that – if you go back in time to the beginning of the universe – the universe shrinks and closes off like a sphere. The new study is a step away from the earlier work, Hertog explained, and he said:

Now we’re saying that there is a boundary in our past.

And so physics moves on …

Read more about Hawking’s final study via University of Cambridge

In the film below, Stephen Hawking, James Hartle and Thomas Hertog explain their model of the early universe – The No Boundary Proposal – a model of the Big Bang that included quantum effects. These scientists say it explains some of the deepest mysteries of the cosmos such as, is there a multiverse? How is there an arrow of time? What really happened during the Big Bang?

Read more: 5 Reasons We May Live in a Multiverse