Our sun’s solar flares are an incredible natural phenomenon, but now astronomers have observed a flare on a young star that almost defies belief. It’s 10 billion times more powerful than any seen on our sun! 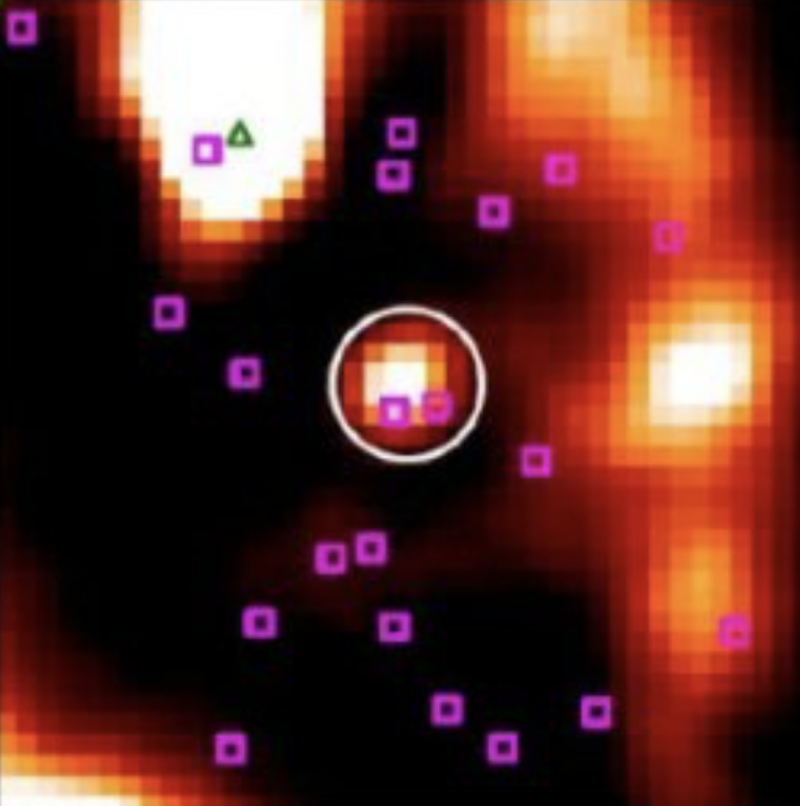 Solar flares – huge erupting jets of gas – are common on our sun, but what about on other stars? It turns out other stars produce them as well, as astronomers have known for a long time now. Red dwarf stars, in particular, can have massive solar flares. But now, astronomers have observed a new solar flare on a young star that almost defies belief – 10 billion times more powerful than any ever seen on our own sun.

Astronomers using the James Clerk Maxwell Telescope (JCMT) in Hawaii reported the discovery on February 11, 2019. The peer-reviewed paper has been published in The Astrophysical Journal (full paper is online at arXiv). The initial detection of the flare was on November 26, 2016. As noted by astronomer Steve Mairs, lead investigator of the discovery team:

A discovery of this magnitude could have only happened in Hawaii. Using the JCMT, we study the birth of nearby stars as a means of understanding the history of our very own solar system. Observing flares around the youngest stars is new territory and it is giving us key insights into the physical conditions of these systems.

This is one of the ways we are working toward answering people’s most enduring questions about space, time, and the universe that surrounds us.

The region of the Orion Nebula where the solar flare was detected. It’s a dust-filled region of the galaxy, and a place where new stars are forming. Image via Rogelio Bernal Andreo/ CC BY-SA 3.0.

The flare was detected by JCMT using the telescope’s state-of the art high-frequency radio technology and sophisticated image analysis techniques. The telescope uses a special super-cooled 10,000-pixel camera called SCUBA-2, which needs to be kept at a very cold -459.5 degrees Fahrenheit (-273 Celsius).

Solar flares occur when the magnetic field lines of a star get twisted and tangled with each other until they snap, releasing huge amounts of energy and charged particles into space. A typical solar flare on the sun releases energy equivalent to millions of 100-megaton hydrogen bombs exploding at the same time.

The flare seen on this other young star, however, was 10 billion times more powerful than that. 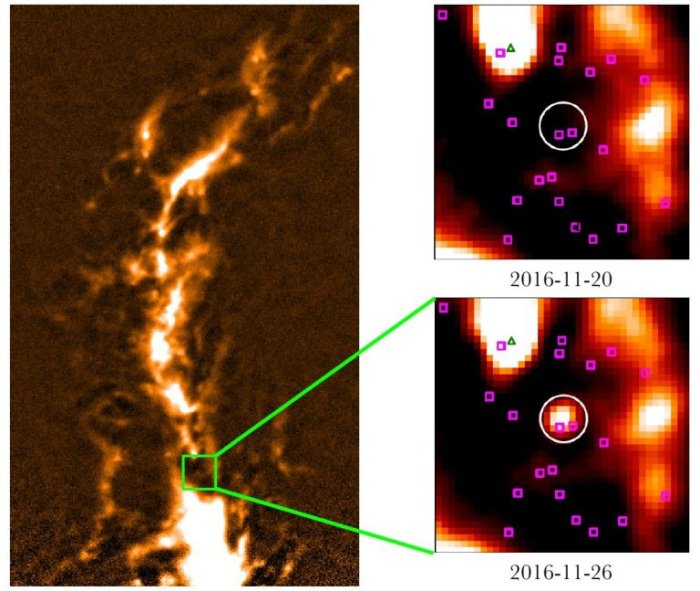 The region in the Orion Nebula as seen by SCUBA-2 where the immense solar flare was detected on the young star JW-566. Image via HECK/ East Asian Observatory.

The flare was observed on a very young star called JW 566, about 1,269 light-years away in the Orion Nebula. Lasting only a few hours, it is thought to be have been caused by a disruption in a powerful magnetic field that was funneling material onto the young, growing star as it gradually gained mass from the surrounding gas and dust.

JW 566 is a variable star – specifically, a T Tauri star – less than 10 million years old. It is going through a period of growth before it is massive enough for hydrogen fusion to ignite in its core.

JCMT – operated by the East Asian Observatory – is the only telescope in the Northern Hemisphere capable of finding this kind of solar flare activity, these astronomers said. JCMT has been observing nearly 1,000 very young nearby stars as part of a monthly tracking program.

The team said it will continue to monitor JW 566 as part of the JCMT Transient Survey, to see if any additional flares can be observed. 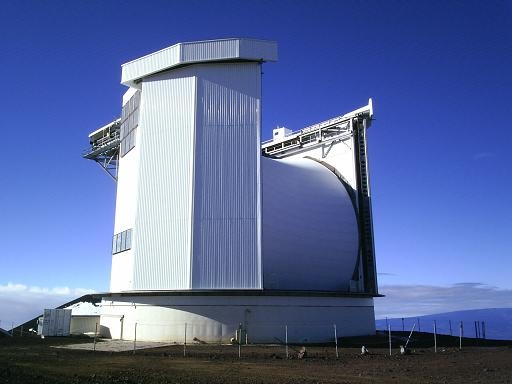 By the way, solar flares would be dangerous to unshielded human space travelers because very high-energy particles result from them. They can also negatively affect some earthly technologies, for example, satellites in Earth orbit.

At the same time, however, some scientists believe solar flares might have played a role in helping to “jump-start” life on the early Earth. Some of the energy required for early life might have come from solar flares, according to Vladimir Airapetian, an astrophysicist at NASA’s Goddard Space Flight Center, in a study from 2016:

The same thing – a jump-start for life, provided by solar flares – might happen on planets orbiting other stars. In particular, Earth-sized or super-Earth exoplanets that in the habitable zones of their stars might get a benefit, in terms of life starting, from solar flares.

The same may be true for red dwarf stars, like JW 566. But nature is complex, and – from what we can tell – the conditions needed for life may be delicate. Red dwarfs are known to be very active in terms of solar flares, perhaps too active. The same intense solar flare bombardment that might jump-start life might also make life difficult to continue on a planet’s surface. 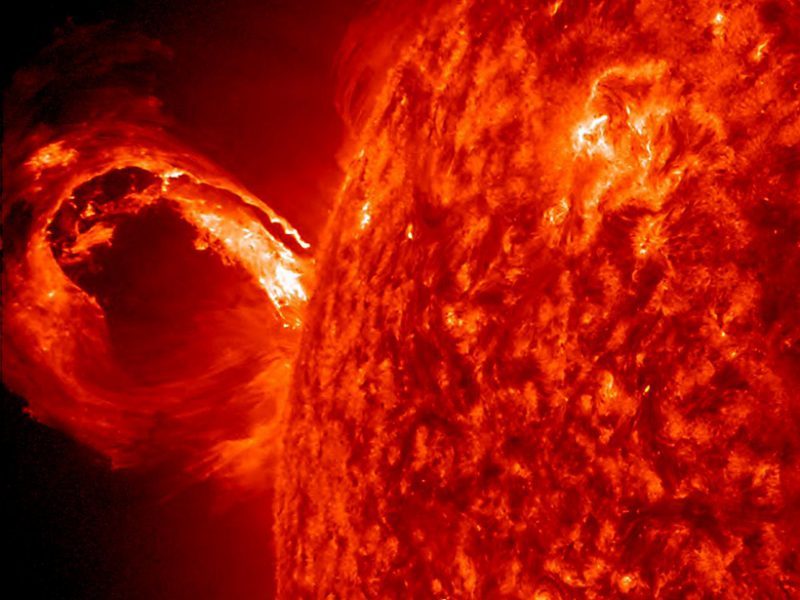 A huge solar flare on our own sun. Image via NASA/ GSFC/ SDO.

Bottom line: Solar flares on our sun are an amazing phenomenon, but this discovery shows that some stars, especially younger ones, can have flares much more powerful than those – mind-bogglingly so.