The Small Magellanic Cloud is a dwarf galaxy orbiting our Milky Way and a beautiful night-sky gem for those in Earth’s Southern Hemisphere. Here it is in the light of atomic hydrogen. Whoa! 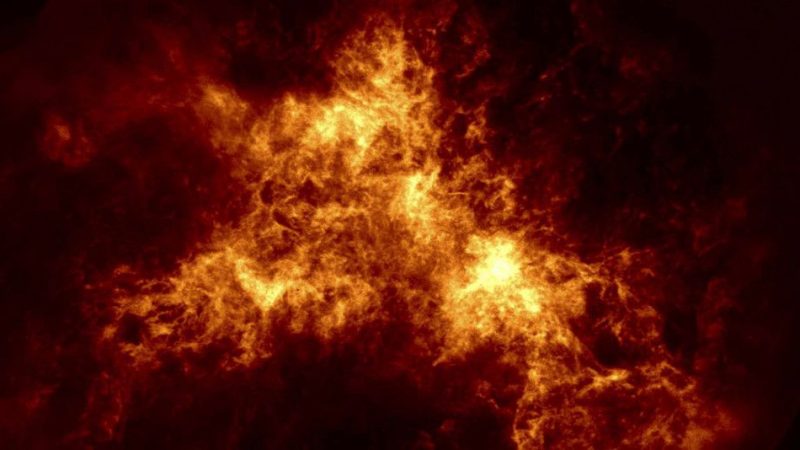 Astronomers at Australian National University (ANU) said on November 28, 2017 that they’ve created the most detailed radio image yet of the Small Magellanic Cloud, a famous sky-sight from Earth’s Southern Hemisphere and a dwarf galaxy orbiting our home galaxy, the Milky Way. The image shows the galaxy not in terms of its stars and dust, as optical images do, but in terms of its hydrogen gas. ANU astronomer Naomi McClure-Griffiths, who co-led the study, said:

Hydrogen is the fundamental building block of all galaxies and shows off the more extended structure of a galaxy than its stars and dust.

She said the image reveals distortions to the Small Magellanic Cloud, which likely occurred because of its interactions with the larger galaxies and because of its own star explosions that push gas out of the galaxy:

The outlook for this dwarf galaxy is not good, as it’s likely to eventually be gobbled up by our Milky Way.

Together, the [Large and Small] Magellanic Clouds are characterised by their distorted structures, a bridge of material that connects them, and an enormous stream of hydrogen gas that trails behind their orbit – a bit like a comet. 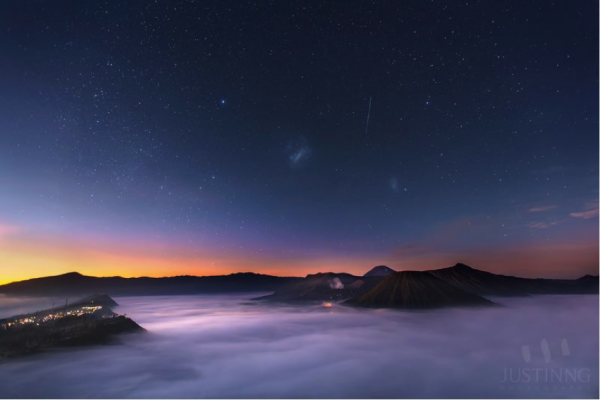 The Large and Small Magellanic Clouds by Justin Ng of Singapore.

The astronomers said their new radio image helps them understand how the Small Magellanic Cloud – and presumably the several dozen dwarf galaxies orbiting our Milky Way – formed and evolved.

The new image … reveals more gas around the edges of the galaxy, indicating a very dynamic past for the Small Magellanic Cloud. These features are more than three times smaller than we were able to see before and allow us to probe the detailed interaction of the small galaxy and its environment.

The new image (top of post) was created as part of a survey that aims to study the evolution of galaxies. 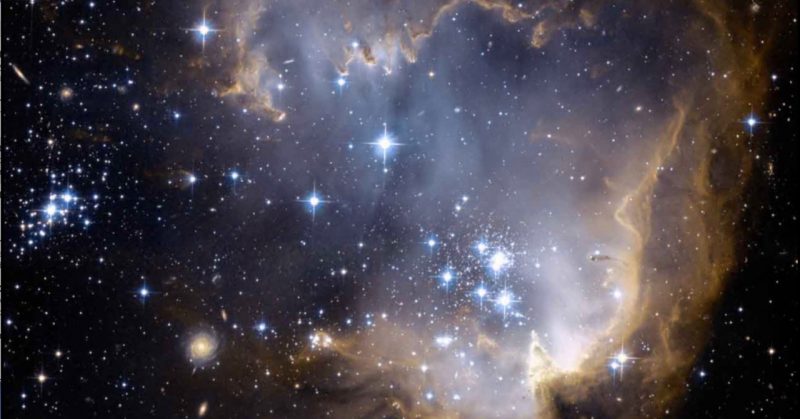 Bottom line: Astronomers at Australian National University have created the most detailed radio image yet of the Small Magellanic Cloud.