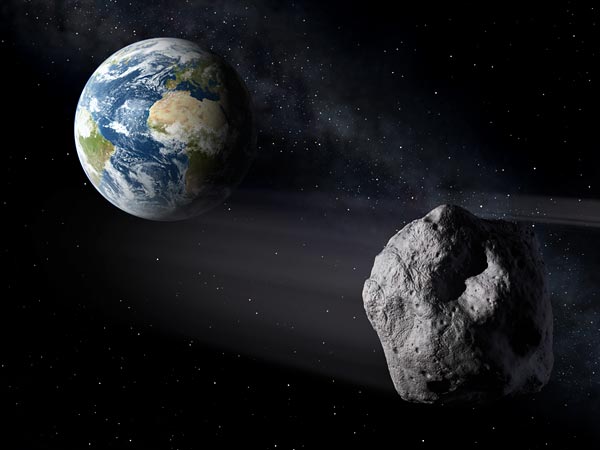 According to clocks in the Americas, a house-sized asteroid will pass safely by our planet on the night of March 21, 2019. For other parts of the world, the pass will come on March 22. The newly discovered asteroid has been designated as 2019 EA2. The Mt. Lemmon Survey in Arizona first spotted it on March 9, 2019.

The space rock has an estimated size of 82 feet (25 meters) in diameter, which means it’s slightly larger than the asteroid that penetrated the atmosphere over the skies of Chelyabinsk, Russia, on February 15, 2013. That asteroid – estimated to be 55 feet (17 meters) in diameter – caused a shock wave that broke windows in six Russian cities and caused some 1,500 people to seek medical attention.

2019 EA2 is an Aten type – or Earth-crossing – space rock. Its orbit brings it between the orbits of planets Venus and Earth.

This will be the closest approach of this particular asteroid for the next 112 years, as its next close encounter with our planet will occur on March, 2131. 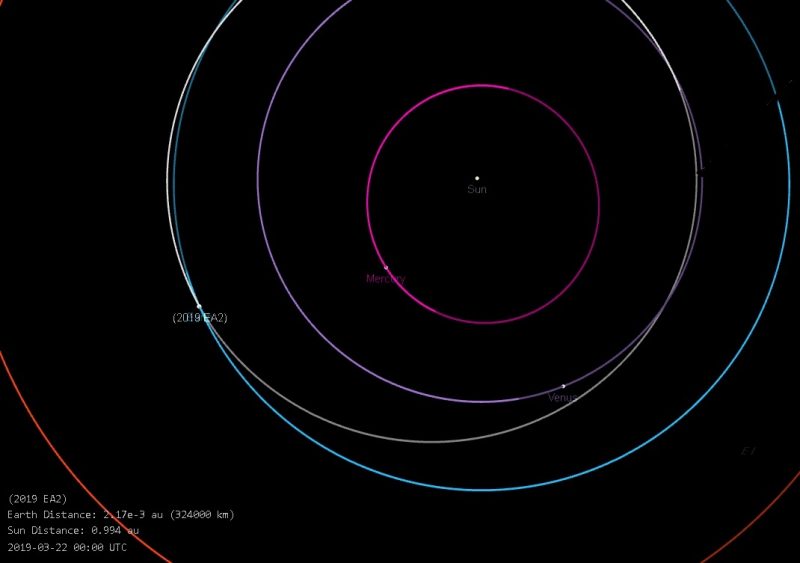 The asteroid’s orbit brings the space rock between the orbits of planets Venus and Earth. Image via NASA/JPL.

Via Via IAU Minor Planet Center and NASA-JPL