A surprising spiral around a planet factory

A new image of the planet-forming disk around the young star RU Lup reveals a beautiful and unexpected massive spiral of gas, reminiscent of a spiral galaxy. 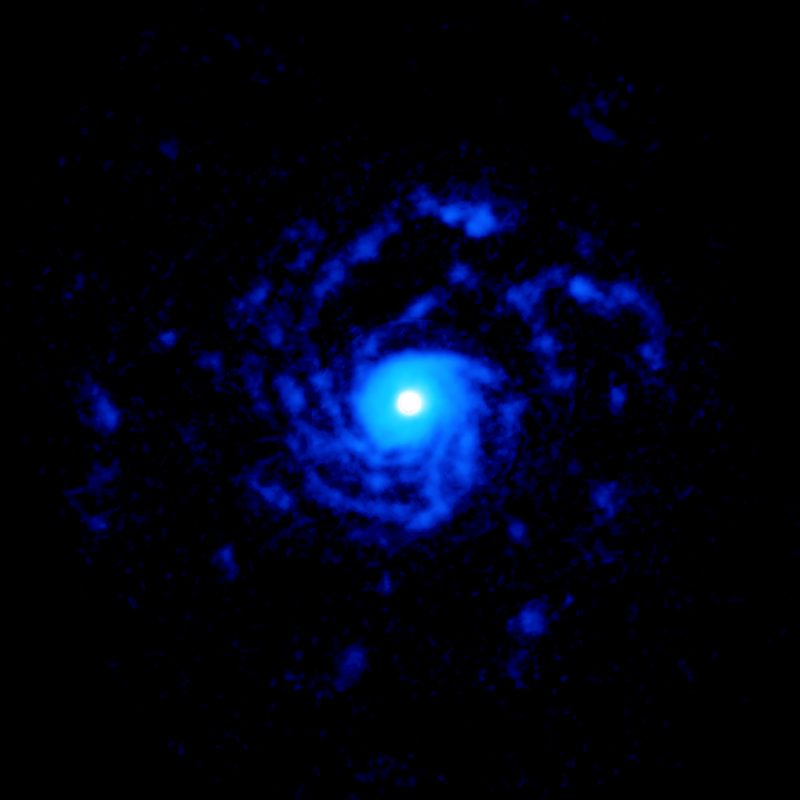 In a surprising discovery, the ALMA telescope in Chile captured this image of a massive spiral of gas surrounding the planet-forming disk of the young star RU Lup. Image via ALMA (ESO/ NAOJ/ NRAO)/ J. Huang/ AUI/ NSF/ S. Dagnello.

Planets form in orbit around stars, in great spinning wheels of dust and gas. In recent decades, scientists have acquired images of these protoplanetary disks, and for the most part the disks look quite similar to each other, with discernible gaps in them planets are forming. Now new observations of one such disk, around the young star RU Lup, show that some protoplanetary disks are more complex and chaotic than first thought. Astronomers announced on August 3, 2020, that the disk surrounding RU Lup isn’t only larger than previously known, but also has a distinctly spiral shape, not unlike a spiral galaxy.

And why not? After all, nature loves spirals. More about that below.

The new observations, by scientists at the Center for Astrophysics, Harvard & Smithsonian (CfA), were made using the Atacama Large Millimeter/submillimeter Array (ALMA) in Chile, and the peer-reviewed results were published in The Astrophysical Journal on the same day.

RU Lup is located in our sky in the direction of the constellation Lupus. The star is estimated to be about 400 light-years from Earth. ALMA had taken high-resolution images of the RU Lup disk before, but the new ones focused more on the gas in the disk instead of the dust. They revealed not only the originally seen protoplanetary disk with its gaps where planets are forming, but also a much larger, encompassing, more complex structure that looked like a mini-galaxy with spiral arms.

The spiral structure around RU Lup extends to nearly 1,000 astronomical units (AU) from the star – that is, 1,000 Earth-sun units of distance – much farther than the star’s dust disk, which extends to about 60 AU. Jane Huang of CfA, lead author of the new paper, said:

We discovered a complex set of spiral arms in carbon monoxide (CO) emission extending to nearly 1,000 astronomical units from the young star RU Lup, which has previously been found to exhibit signs of ongoing planet formation via concentric dust gaps in its protoplanetary disk. The CO emission reveals complex structures in the planet-formation environment that are invisible in dust observations alone. 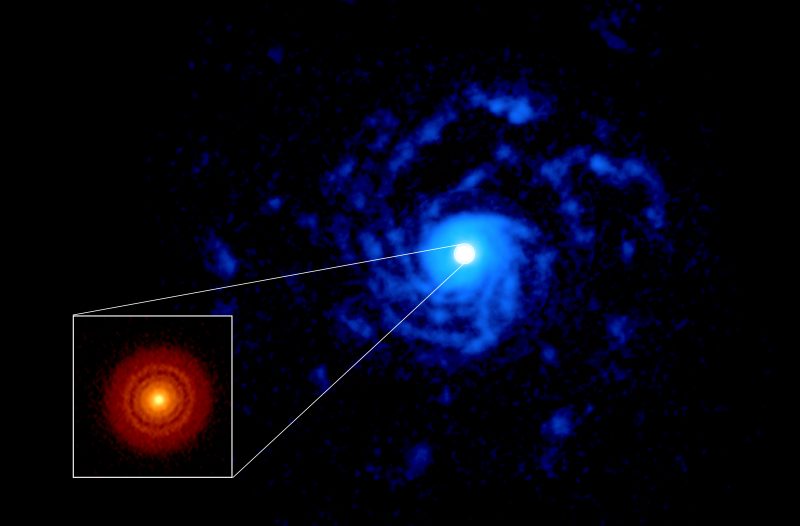 Previous observations with ALMA had already shown evidence of planetary formation in this disk. Huang said:

But we also noticed some faint carbon monoxide (CO) gas structures that extended beyond the disk. That’s why we decided to observe the disk around the star again, this time focusing on the gas instead of the dust.

Protoplanetary disks can look very organized, with neat, regular rings of dust surrounding a star. Unusual stellar brightness variations had been seen at RU Lup before, however, and were not yet explained. Huang said:

The planet-forming environment can be much more complex and chaotic than implied by the numerous, well-known images of concentric ringed protoplanetary disks mapped in millimeter continuum emission.

The fact that we observed this spiral structure in the gas after a deep observation suggests that we have likely not seen the full diversity and complexity of planet-forming environments. We may have missed much of the gas structures in other disks.

Protoplanetary disks are known to contain much more gas than dust, but seeing this gas around RU Lup in such a massive spiral formation was surprising. 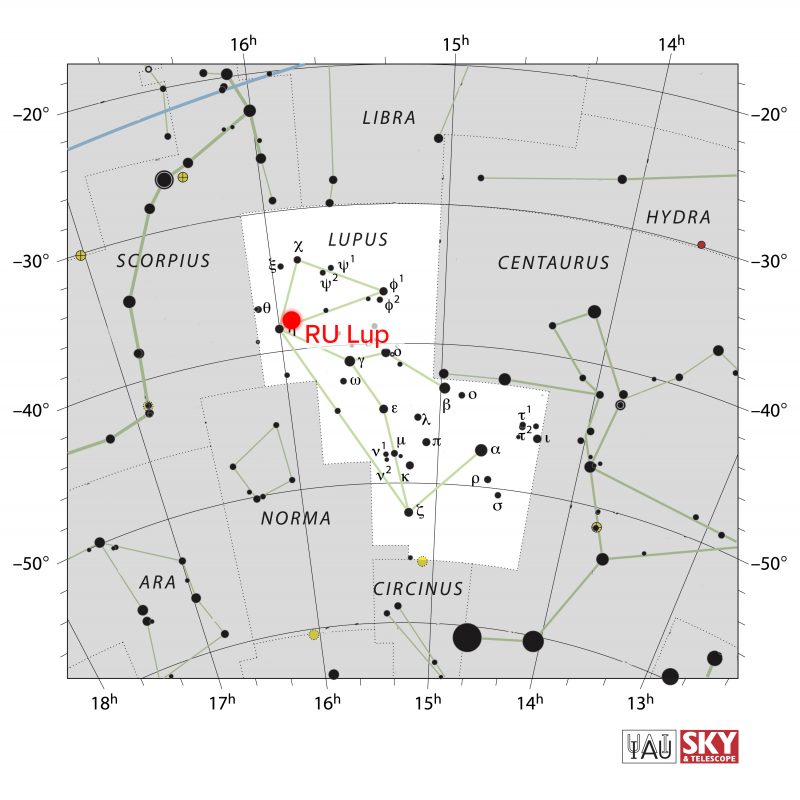 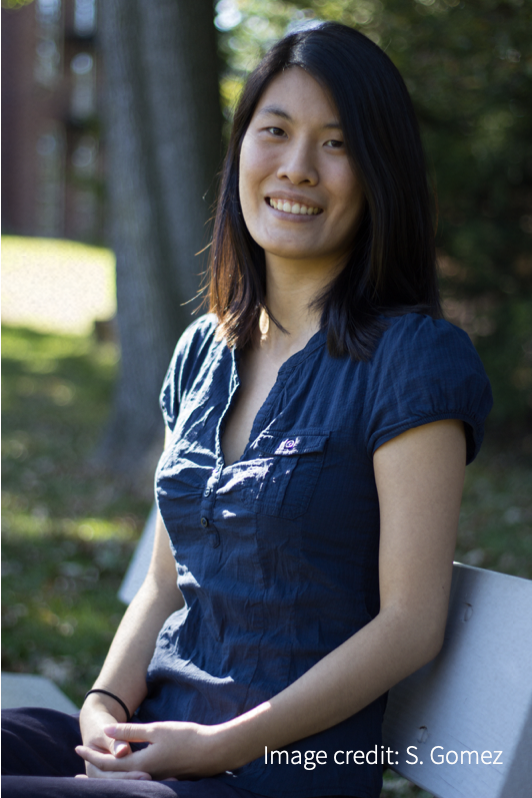 As usually happens, the new observations raise more questions than they provide answers. How did these huge spiral arms form? Huang’s team suggests that the disk may be collapsing under its own gravity due to its significant mass, or it may be accreting interstellar matter through environmental interactions. But neither of those are a simple answer, according to Sean Andrews, CfA astrophysicist and co-author on the paper:

None of these scenarios completely explain what we have observed. There might be unknown processes happening during planet formation that we have not yet accounted for in our models. We will only learn what they are if we find other disks out there that look like RU Lup.

Huang commented that a broader approach to studying “planet factories” – that is, stars with protoplanetary disks – might be needed:

The process of planet formation seemed fairly straightforward when images of protoplanetary disks showed nice orderly disks of concentric rings around the stars, with the planets forming in the gaps. But the new observations of RU Lup indicate that view is too simplistic. 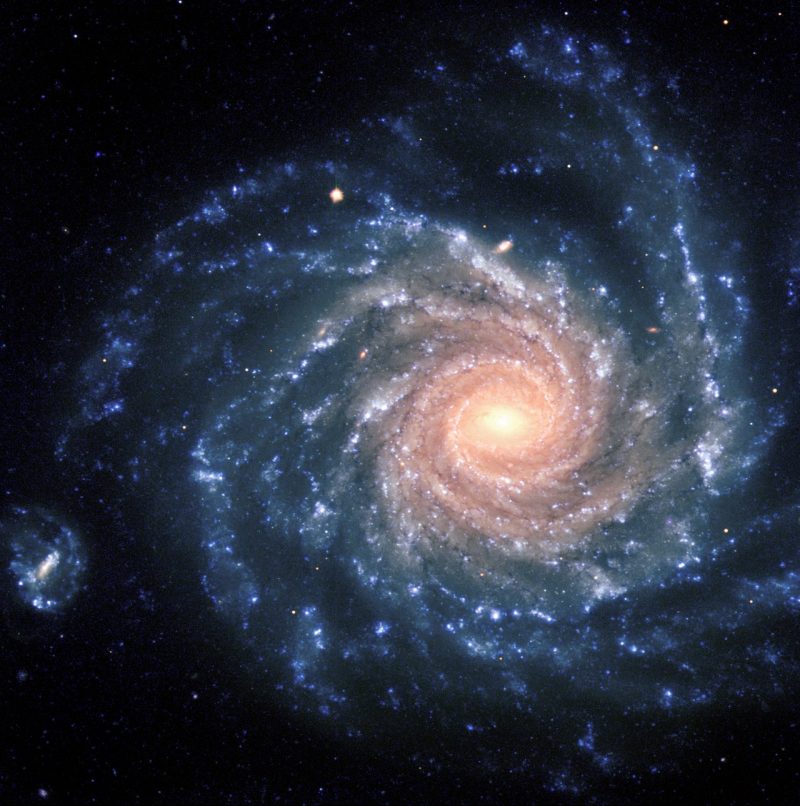 A spiral galaxy, NGC 1232, as seen on September 21, 1998, by ESO. Interestingly, in the early 20th century, some astronomers believed that the spiral-shaped objects seen through their telescopes – called spiral nebulae at the time – were indeed forming solar systems.

Nature loves spirals. Spirals are common in nature. A good example is the Fibonacci sequence found in sunflowers.

There are many other spiraling forms in nature as well, including snail shells, flower petals, pine cones, snakes, storms, DNA and curly hair. Here’s a great collection of photos on Pinterest of spirals in nature, for you to browse. 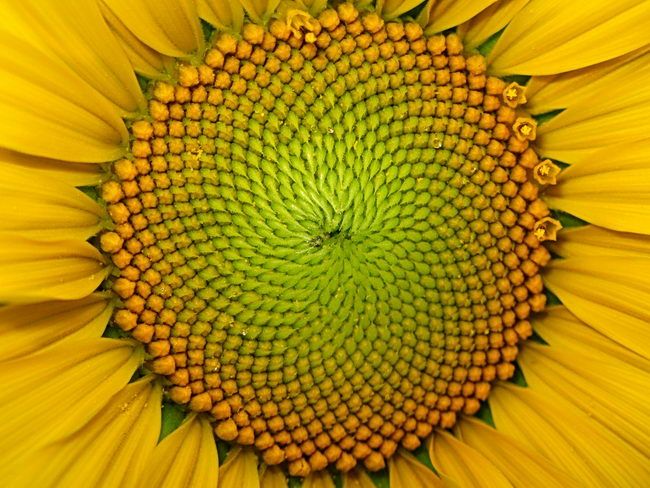 Spirals are common in nature. The spiraling Fibonacci sequence can be easily seen at the hearts of sunflowers. Image via michalschein.com/ Pinterest.

Bottom line: A new image of the planet-forming disk around the star RU Lup reveals an unexpected massive spiral of gas surrounding the main disk.