Using 3-D models in the search for Mars life

Maps are handy for travel. But what if you’re traveling to a place never before visited? For the ExoMars mission, due to launch next summer, scientists have developed new 3-D models of the area to be explored, which may be an old Martian river delta. 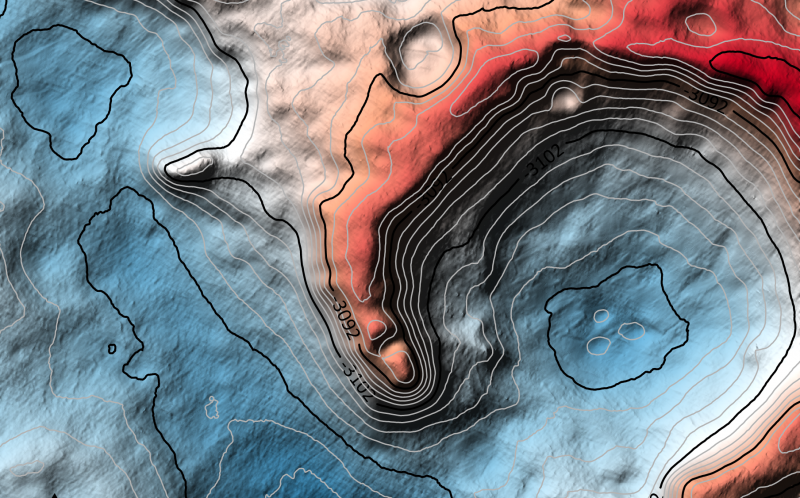 Here’s a piece of one of the new 3-D models just created to help ESA’s Rosalind Franklin rover explore Mars in 2021. The models are so detailed that they show, for example, as dune ripples inside craters, as you see here. Image via TU Dortmund/ NASA/ JPL-Caltech/ Europlanet.

How do modern-day space explorers prepare to search an unknown terrain? Never mind that the explorers are robots, and that the preparers are space scientists and engineers. Next summer, an ambitious new mission to Mars is scheduled to launch. The ExoMars mission of the European Space Agency (ESA) will carry the robotic Rosalind Franklin rover to Mars. The rover will search for evidence of past Martian life in Oxia Planum, a large plain rich in clays and containing an old river delta. How do they prepare? A team of scientists at TU Dortmund University in Germany has created extremely detailed 3-D models of the landing location. These scientists said on September 16, 2019 that they want to use the models to understand the geography and geological characteristics of this unexplored region on Mars, and to help plan the path of the rover.

The 3-D models are called Digital Terrain Models (DTMs). They’re a variation of Digital Elevation Models (DEMs) used by space scientists to understand planets, moons and asteroids. These particular maps have a resolution of about 25 centimeters per pixel. One of scientists, Kay Wohlfarth, presented them at last week’s international meeting of astronomers in Geneva, Switzerland.

So how were the models created? 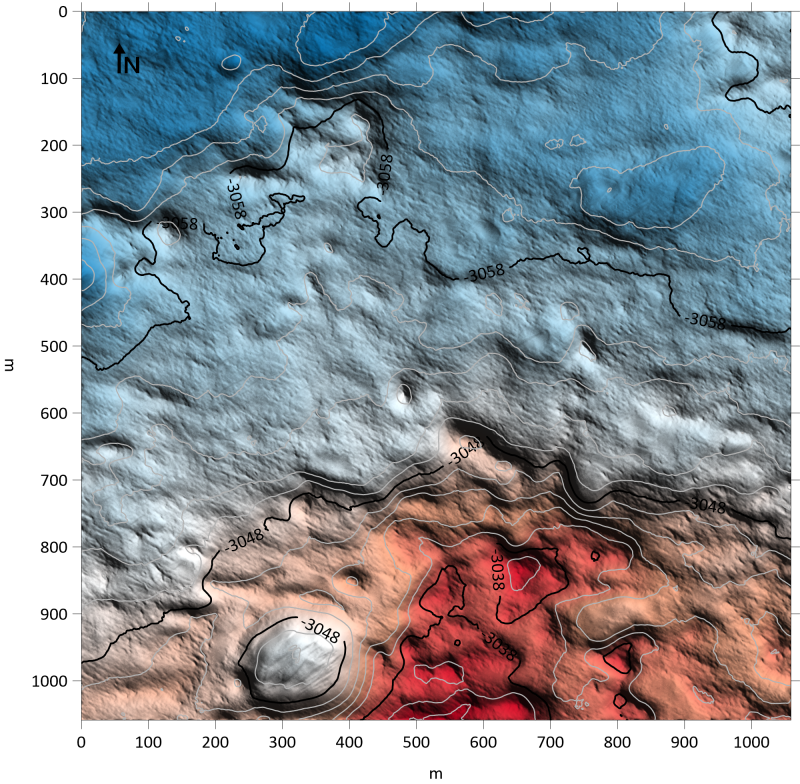 One of the test 3-D models of terrain on Mars. Image via TU Dortmund/NASA/JPL-Caltech/Europlanet Society. 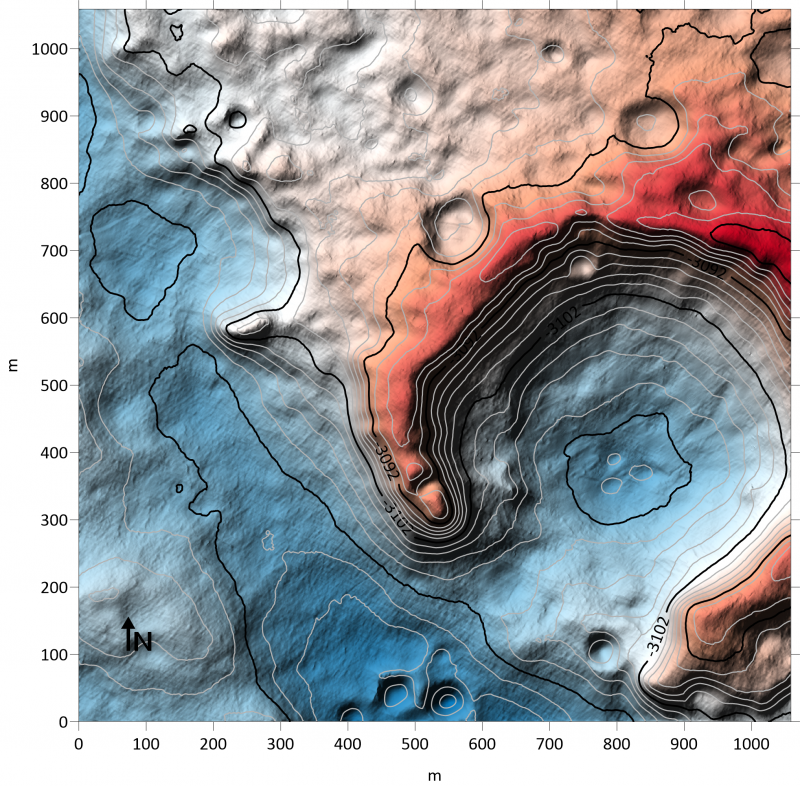 Another test 3-D models of terrain on Mars. Image via TU Dortmund/NASA/JPL-Caltech/Europlanet Society.

First, they use high-resolution imagery of Mars’ surface from the HiRISE camera on NASA’s Mars Reconnaissance Orbiter (MRO). That imagery is then applied to the classic stereo method of combining two images taken from slightly different angles, in order to create a 3D image of the landscape. But those kinds of stereo techniques can be limited when it comes to dusty and sandy surfaces – basically featureless – in locations like the Rosalind Franklin landing site, Oxia Planum. By necessity, the landing site is relatively flat to help ensure a safe landing.

The DTMs were then further enhanced by using a technique called Shape from Shading in which the intensity of reflected light in the image is translated into information on surface slopes. The slope data is combined with the stereo imagery, providing a much better estimate of the 3-D surface, while achieving the best resolution possible in the reconstructed landscape.

The resulting models give the scientists a much more detailed view of the landing region. As Wohlfarth explained:

With the technique, even small-scale details such as dune ripples inside craters and rough bedrock can be reproduced. 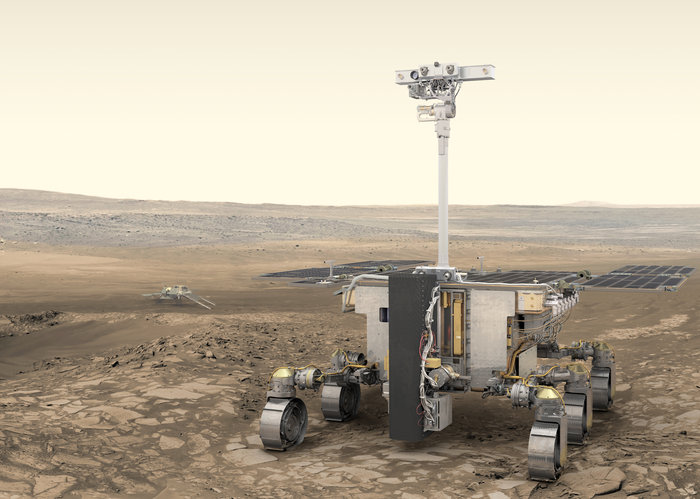 We have taken special care over the interaction between light and the Martian surface. Areas that are tilted towards the sun appear brighter and areas that are facing away appear darker. Our approach uses a joint reflectance and atmospheric model that incorporates reflection by the surface as well as atmospheric effects that diffuse and scatter light.

These new models will be a great aid to the rover as it navigates the landscape, looking for the best places to study with its array of instruments. Not only will the rover examine rocks and soil, it will also be able to drill up to two meters (six feet) into the subsurface, searching for possible biosignatures, chemical traces of past life. Samples will be delivered to the on-board laboratory for analysis.

PanCam, with its stereo and high-resolution cameras, will provide detailed views of interesting features in both visible and near-infrared wavelengths. Spectrometers will determine what rocks are composed of, and how much they were affected by water. 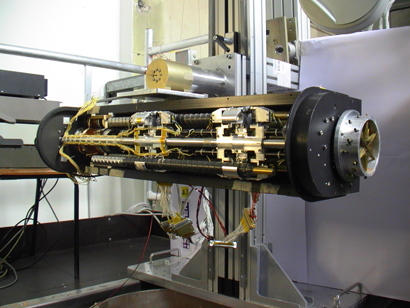 The rover’s drill in a clean room on Earth, in the stowed position. The drill will be able to penetrate down to two meters (six feet) into the subsurface. Image via ESA.

Our rover has really taken shape. We have an incredibly powerful scientific payload to explore the surface and subsurface of Mars on our quest to find biosignatures.

ExoMars will be an exciting mission, and along with NASA’s upcoming 2020 rover, the first since the Viking mission in the 1970s/1980s to look directly for evidence of life. The rover is expected to launch sometime between July 26 and August 13, 2020 on a Russian Proton-M launcher, arriving at Mars in March 2021.

More information about ExoMars mission is available on the mission website.

Bottom line: New 3-D models of the Martian terrain will help the Rosalind Franklin rover search for life on Mars in 2021.