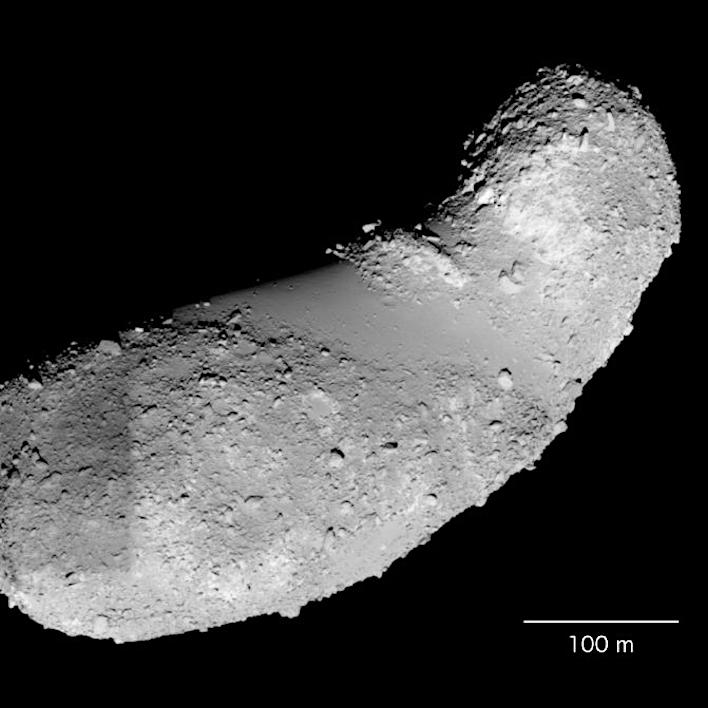 Asteroid Itokawa is the much-battered remnant of a larger parent body. The samples studied by Jin and Bose came from the feature called the Muses Sea, which is the smooth area in the middle of Itokawa. Image via Japan Aerospace Exploration Agency (JAXA).

Two cosmochemists have made the first-ever measurements of water in dust grains from the surface of an asteroid. The samples came from asteroid Itokawa and were collected by the Japanese space probe Hayabusa.

The team’s findings suggest that as much as half of our planet’s ocean water could have arrived via impacts by similar asteroids early in Earth’s history.

Ziliang Jin is a postdoctoral scholar in Arizona State University’s School of Earth and Space Exploration and lead author on the paper published May 1, 2019, in Science Advances. Jin said in a statement:

We found the samples we examined were enriched in water compared to the average for inner solar system objects.

The scientists worked with samples provided by the Japan Aerospace Exploration Agency (JAXA). In 2005, the Hayabusa spacecraft (Japanese for falcon) collected a small amount of dust from the Itokawa surface and delivered it to Earth five years later in June 2010. The samples that the researchers analyzed were each about half the thickness of a human hair. 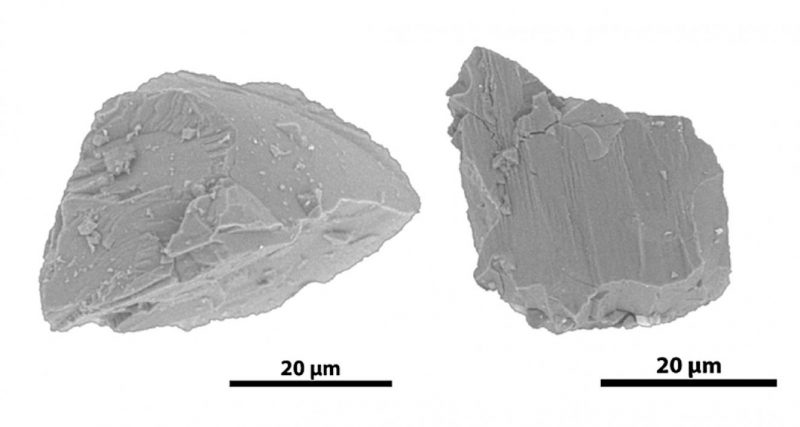 The Itokawa particles studied by Jin and Bose are tiny: for comparison, a human hair is 100 to 500 microns in diameter. Image via Z. Jin and M. Bose/ASU.

Maitrayee Bose, Assistant Professor of Earth and Space Exploration at Arizona State University is the study’s co-author. She said:

To figure out if asteroids like Itokawa were the source of water on Earth, we looked at the ratio of two forms – or isotopes – of hydrogen: hydrogen and deuterium. The planetary science community uses hydrogen as a proxy for water – which is made from two hydrogen atoms and one oxygen atom. It uses the ratio of deuterium to hydrogen (D/H) as a type of fingerprint to make connections between planetary bodies and question how the different objects received their water.

Ziliang and I found that Itokawa and Earth have the same D/H ratio, which suggests that they share a common source of water. Some objects, comets and asteroids from the outer solar system, have high D/H ratios, and if they collided with Earth and provided water, then our planet’s D/H ratio would be much higher. But we don’t see that. This led us to conclude that Earth got its water from Itokawa-like asteroids.

Read more from Maitrayee Bose about the study, here.

The measurements revealed the samples were unexpectedly rich in water. They also suggest, said Bose, that even nominally dry asteroids such as Itokawa may in fact harbor more water than scientists have assumed. Bose said:

Our results support the idea that several Itokawa-like bodies may have collided with the proto-Earth and provided water. These small bodies may be considered the fundamental building blocks of planets, bringing water and other materials like organics to the planets. 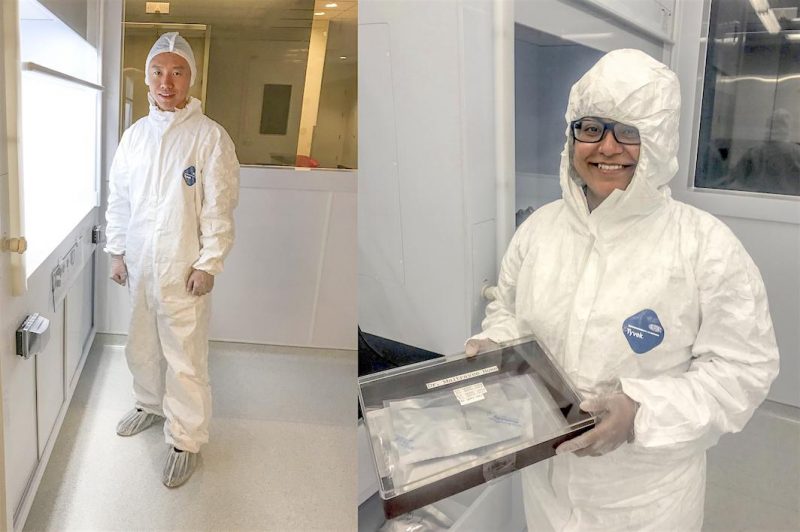 Asteroid Itokawa is more than 1,000 feet (305 meters) long and between 700 – 1,000 feet (213 – 305 meters) wide, roughly 10 times the size of a football field. It has a kind of peanut shape, like a pair of rubble piles crunched together. Itokawa circles the sun every 18 months at an average distance of 1.3 times the Earth-sun distance. Part of Itokawa’s path brings it inside Earth’s orbit, and at farthest, it sweeps out a little beyond that of Mars.

Itokawa is the remnant of a parent body that was at least 12 miles (19 km) wide, said the researchers. The parent body suffered several large shocks from impacts, with one final shattering event that broke it apart. In the aftermath, two of the fragments merged and formed today’s Itokawa, which reached its current size and shape about 8 million years ago.