Mare Imbrium basin on the moon – the Man in the Moon’s right eye – might have been made by a protoplanet-sized impact, 3.8 billion years ago. 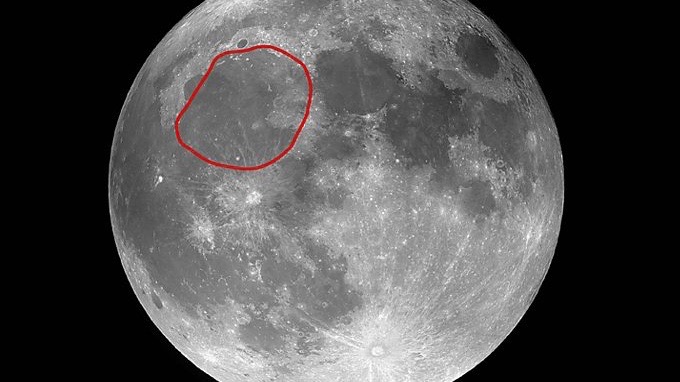 Mare Imbrium – Latin for or Sea of Showers or Sea Rains – on the moon. Via Pete Lawrence’s Moon guides.

Brown University astronomer Peter Schultz announced today (July 20, 2016) that the object that slammed into the moon 3.8 billion years ago to create the great, dark lava plain we call Mare Imbrium was protoplanet-sized. That is, it was big – about twice as big and 10 times more massive than previous estimates – about 150 miles (250 km) in diameter. Schultz bases his estimate on hypervelocity impact experiments performed using the Vertical Gun Range at the NASA Ames Research Center, and on computer modeling. Schultz, professor of Earth, environmental and planetary sciences at Brown, said in a statement:

We show that Imbrium was likely formed by an absolutely enormous object, large enough to be classified as a protoplanet. This is the first estimate for the Imbrium impactor’s size that is based largely on the geological features we see on the moon.

In theories of how solar systems are born, protoplanets are formed from smaller chunks of debris in the disks around young stars; protoplanets gradually coalesce to make the planets we see today. 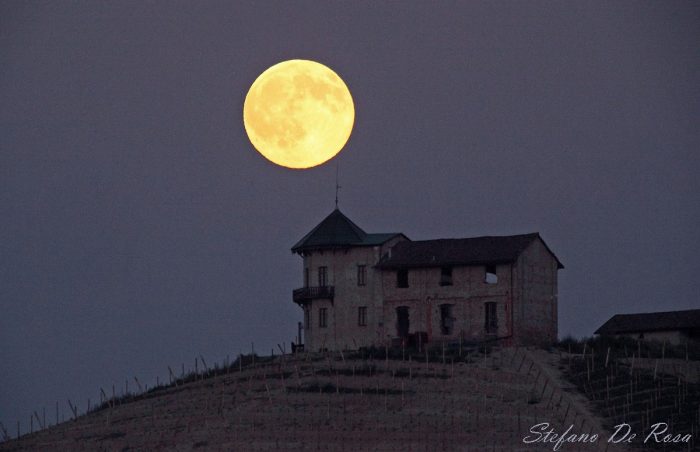 Last night’s full moon – July 19, 2016 – by Stefano de Rosa at Langhe, Italy. Many in North America see a man’s face in the full moon; Mare Imbrium is the Man in the Moon’s right eye. Meanwhile, people in Asia tend to see a rabbit and those in India a pair of hands. Read more.

Schultz said previous estimates of the size of Mare Imbrium were based solely on computer models and yielded a size estimate of only about 50 miles (80 km) in diameter.

He also said that his new findings, which are published in the journal Nature, help to explain some of the puzzling geological features that surround Mare Imbrium.

And he said his work suggests that – given the sizes of other impact basins in the moon, Mars and Mercury – the early solar system must have been well stocked with protoplanet-sized objects, which he calls “the lost giants.” 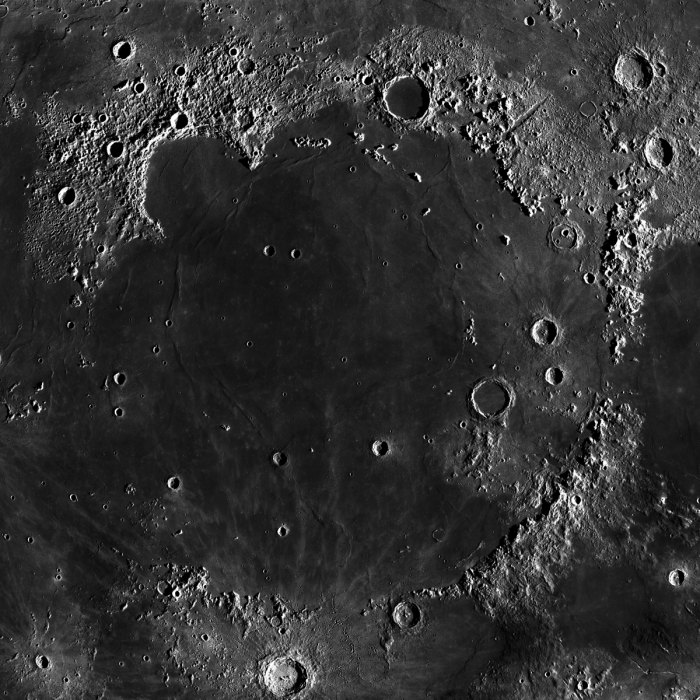 Mare Imbrium on the moon. This beautiful image – via Wikimedia Commons – is mosaic of photos made by NASA’s Lunar Reconnaissance Orbiter.

Imbrium Basin measures about 750 miles (1,200 km) across. Grooves and gashes surround it, large enough to be seen with small telescopes, created by rocks blasted out of the crater when it was formed. Schultz’ statement said:

These features, known as the Imbrium Sculpture, radiate out from the center of the basin like spokes on a wheel …

Most of the spokes could be and have been explained by other scientists, but some remained mysterious. Schultz used hypervelocity impact experiments with the Vertical Gun Range at the NASA Ames Research Center, which uses a 14-foot (4.3-meter) cannon to fire small projectiles at up to 16,000 miles per hour (26,000 km/hr). The statement explained:

With these experiments, Schultz was able to show that those grooves were likely formed by chunks of the impactor that sheared off on initial contact with the surface. The grooves created by those chunks are what let Schultz estimate the size of the impactor.

The key point is that the grooves made by these chunks aren’t radial to the crater. They come from the region of first contact. We see the same thing in our experiments that we see on the moon – grooves pointing up-range, rather than the crater.

Armed with data from his lab work, Schultz worked with David Crawford of the Sandia National Laboratories to generate computer models that yielded an estimated diameter for the object that struck Mare Imbrium. Their estimate was of an object 150 miles (250 km) across, large enough to be classified as a protoplanet. Schultz said:

That’s actually a low-end estimate. It’s possible that it could have been as large as 300 kilometers.

Schultz and his colleagues went on to use similar methods to estimate the sizes of impactors related to several other basins on the moon created by oblique impacts. Those estimates – for Mare Moscoviense, one of the few impact features seen on the moon’s far side, and Mare Orientale, on the border between the near and far sides – yielded impactor sizes of 60 and 68 miles (100 and 110 km) across respectively, larger than some previous estimates.

Combining these new estimates with the fact that there are even larger impact basins on the moon and other planets, Schultz concludes that protoplanet-sized asteroids may have been common in the early solar system. He said:

The large basins we see on the moon and elsewhere are the record of lost giants. 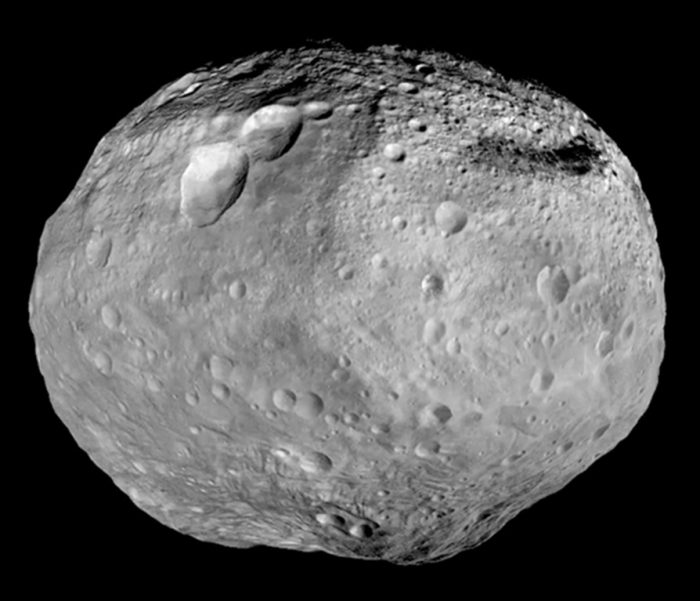 Astronomers point to the asteroid Vesta as an example of a surviving protoplanet, similar to (but larger than) the object that may have struck Mare Imbrium. Image via NASA’s Dawn spacecraft.

Bottom line: Peter Schultz at Brown University has a new estimate for the size of the object that struck the moon to create Mare Imbrium, the Sea of Showers or Sea of Rains. He says the object was protoplanet-sized, or about 150 miles (250 km) in diameter, two times larger and 10 times more massive than previous estimates.