The white dwarf WD 0806-661 has an orbiting brown dwarf companion whose surface temperature is in a range comprehensible to us humans.

It’s so tempting to gaze at a starry sky and imagine distant worlds like Earth. Now astronomers have captured what they say is a “record-breaking” photo of a nearby white dwarf star whose orbiting brown dwarf companion has a very cool temperature for a star – “like a hot summer day in Arizona,” these astronomers say.

This animation shows the white dwarf WD 0806-661 and its brown dwarf companion. The brown dwarf is thought to have a very cool temperature for a star – ‘like a hot summer day in Arizona.’ This animation contains two images taken in 2004 and 2009. Together, the images show the movement of the objects. Image Credit: Kevin Luhman, Penn State University, October 2011

Object like Earth? No. But still it’s a very interesting discovery that comes on the heels of a similar discovery a few weeks ago of another space object with temperatures we on Earth can understand and relate to. And it’s also another in the seemingly endless stream of discoveries proving – in case anyone needs convincing – that we live in a varied, intricate and wonderful universe.

Kevin Luhman, an associate professor of astronomy and astrophysics at Penn State University, is presenting these results during the Signposts of Planets conference at NASA’s Goddard Space Flight Center today (October 20, 2011). He said:

This planet-like companion is the coldest object ever directly photographed outside our solar system. Its mass is about the same as many of the known extra-solar planets – about six to nine times the mass of Jupiter – but in other ways it is more like a star. Essentially, what we have found is a very small star with an atmospheric temperature about as cool as the Earth’s.

Is it a planet or a star? The discoverers of a similar object a few weeks ago called their object a star.

Stars are hot, right? Not this star

In fact, WD 0806-661 B (as it’s been named) is a brown dwarf – an object thought to have formed like a star from a massive cloud of dust and gas – whose mass is not enough to ignite thermonuclear reactions in its core. In other words, brown dwarfs form like stars, but they don’t shine as stars do. They are hybrids between stars and planets, and astronomers confusingly call them sometimes one and sometimes the other. 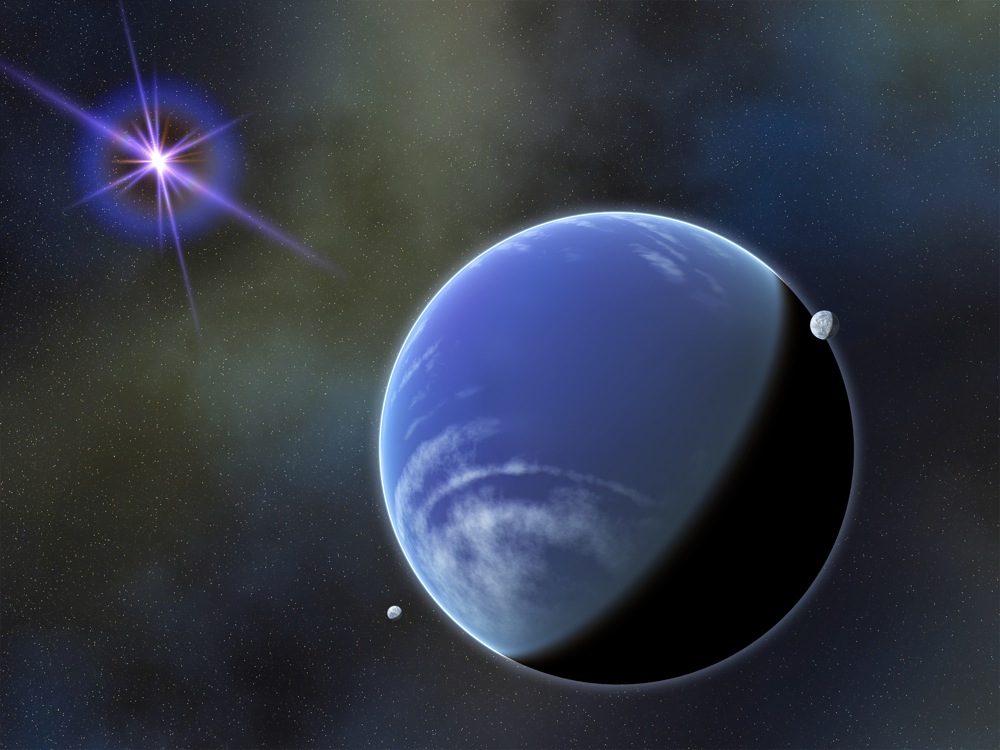 In the case of the new brown dwarf, the scientists have gauged the temperature of its surface to be between 80 and 160 degrees Fahrenheit (27-70 Celsius) – temperatures surely comprehensible to Arizona residents – or, for that matter, to us down here in Texas in summer 2011.

Ever since brown dwarfs first were discovered in 1995, astronomers have been trying to find new record holders for the coldest brown dwarfs – because, astronomers say, these objects are valuable as laboratories for studying the atmospheres of planets with Earth-like temperatures outside our solar system.

To make their discovery, Luhman and his colleagues searched through infrared images of over 600 stars near our solar system. They compared images of nearby stars taken a few years apart, searching for any faint points of light that showed the same motion across the sky as the targeted star.

A paper describing the discovery will be published in the Astrophysical Journal.

Bottom line: The white dwarf WD 0806-661 has an orbiting brown dwarf companion whose surface temperature is in a range comprehensible to us humans.