Did you find the message hidden in Perseverance’s parachute?

The striped pattern on the parachute used by the Perseverance rover to land on Mars contained a hidden message. Internet sleuths were able to figure it out within a few hours. 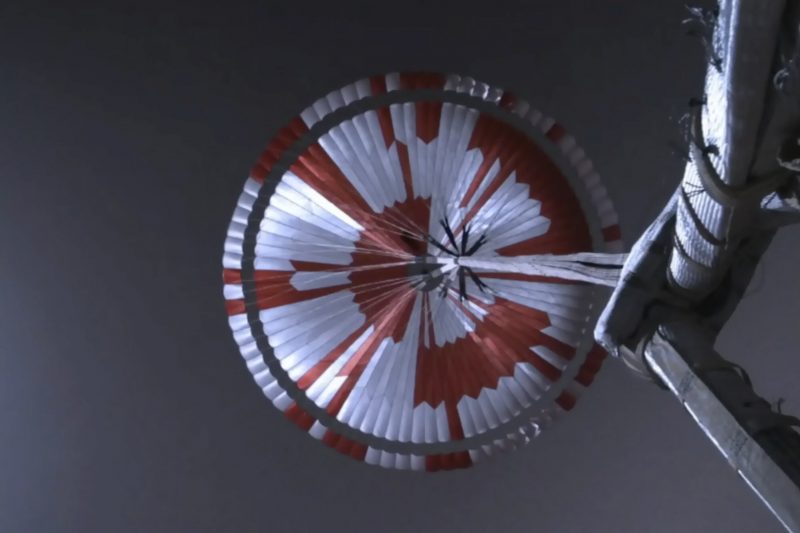 Looking up at the parachute above the descent stage that carried the Perseverance rover to the surface of Mars. The white and orange striped patterns contained a secret hidden message. Can you decode it? Image via NASA/ JPL-Caltech/ Phys.org.

The world watched with excitement as NASA’s Perseverance rover touched down safely on Mars on February 18, 2021. Despite a huge potential for disaster during the seven minutes of terror that every Mars rover requires to plummet through Mars’ atmosphere and safely land, everything worked as planned for Perseverance, and touchdown was a huge success. One of the most incredible parts of the landing – all captured on video – was when the huge parachute, 70 feet (21 meters) in diameter, deployed above the descent stage and billowed out into shape. But did you know that the orange and white patterns on the inside of the parachute – stunningly clear during the landing, thanks to Perseverance’s high-resolution cameras – weren’t just random? There was a secret message encoded into the underside of the parachute!

It’s true. The message was the work of Ian Clark, a systems engineer for the Perseverance mission. He used a simple binary code to spell out the phrase Dare Mighty Things – made famous by President Theodore Roosevelt – among the colored strips. In a comment about the hidden message, he said simply that it was:

See a cool video: Sights and sounds from Perseverance on Mars 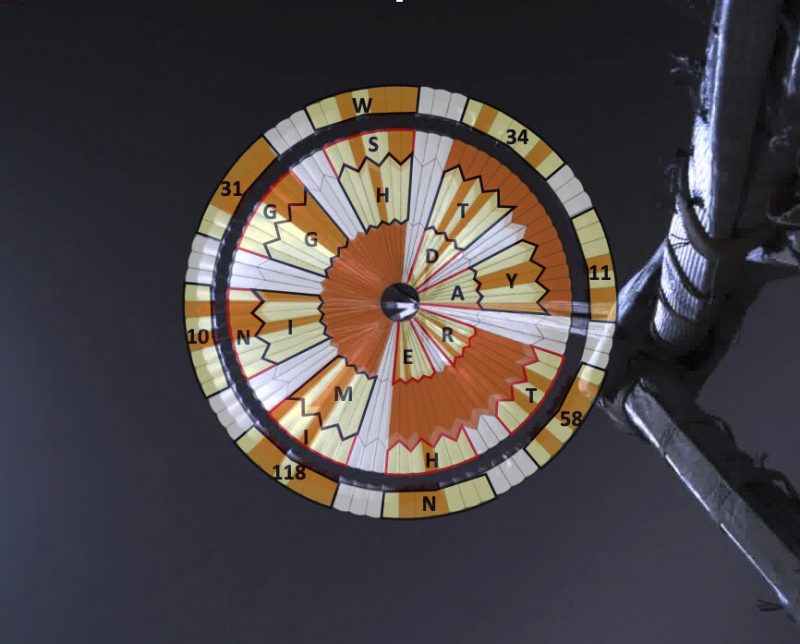 The message decoded. The binary arrangement spells out “Dare Mighty Things” and also includes the GPS coordinates for the Jet Propulsion Laboratory (JPL) in California. Image via NASA/ JPL-Caltech/ Phys.org.

The code also included the GPS coordinates for the Jet Propulsion Laboratory (JPL) in California. The exact spot is 10 feet (3 meters) from the entrance to JPL’s visitor center.

How did Clark come up with this idea?

He thought of it a couple of years ago, after engineers for the mission wanted to include some kind of pattern in the fabric of the parachute so that they could tell which way it was oriented during the descent to the surface. He not only did that, but incorporated a fun puzzle into the design as well.

The mission team teased during a press briefing that there was something hidden in the pattern after the images started coming back and the public saw the parachute stretched out above the decent stage for the first time. Could anybody figure it out? 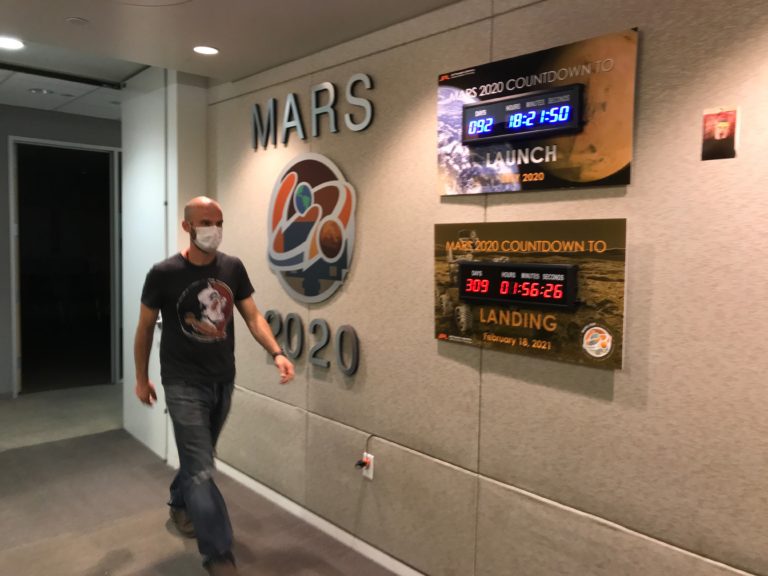 Ian Clark, systems engineer for the Perseverance mission, who created the secret message encoded into the rover’s parachute. Image via NASA/ JPL-Caltech/ SpaceWatch.Global.

It didn’t take long for the message to be decoded by internet sleuths, just a matter of hours. Clark responded by saying that next time:

… I’ll have to be a little bit more creative.

Clark commented that he was:

Trying to come up with a way of encoding it but not making it too obvious.

Inserting hidden messages for people to solve is a great way for the mission to further engage public interest. NASA’s previous Mars rover, Curiosity, which is still very much active, also had a word in Morse code – JPL – incorporated into the pattern of holes in the rover’s wheels. The resulting wheel tracks would then also show the coded pattern as they crossed the sandy terrain. Cool! 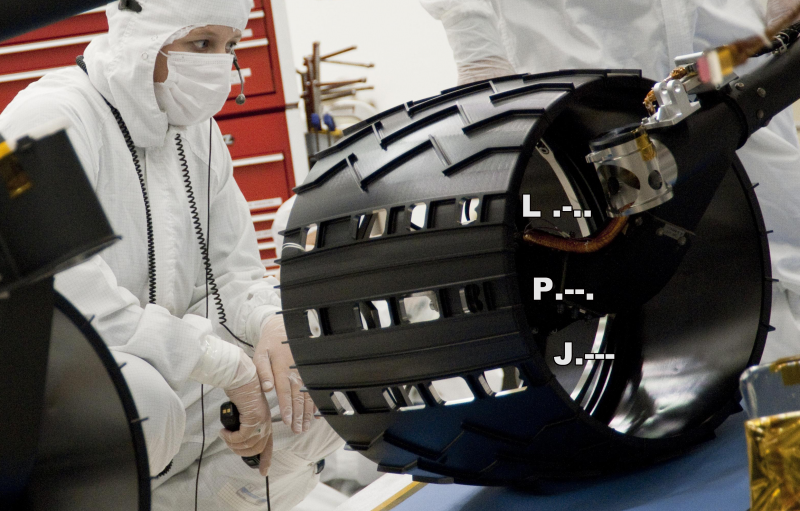 The holes in the wheels of the Curiosity rover spell out JPL in Morse code. Image via NASA/ JPL/ Wikimedia Commons.

Matt Wallace, deputy project manager for Perseverance, also hinted that there are more that will be seen once the rover robotic arm is deployed and takes images of the underside of the rover:

Engineers are now busy checking out all the systems on the rover before it actually starts moving, to make sure everything is working properly. But soon, it will start roving through the ancient lakebed and delta, beginning its search for evidence of ancient microbial life. Ingenuity will also attempt the first-ever powered flight in the Martian atmosphere. Exciting times ahead!

Bottom line: The striped pattern on the parachute used by the Perseverance rover to land on Mars contained a hidden message.