A spacecraft to touch the sun

Launch of the daredevil Parker Solar Probe – which will get closer to the sun than any spacecraft in human history – has been delayed until Sunday, August 12.

The Parker Solar Probe is destined to go closer to our local star than any spacecraft before. Saturday’s launch – scheduled for 7:33 UTC (3:33 Eastern Time; translate UTC to your time) – was scrubbed. Next launch attempt will be at the same time Sunday morning, August 12, 2018. The probe is set to become the fastest-moving manmade object in history. It was on the launch pad early Saturday when officials stopped the countdown clock, in order to investigate an alarm. There was apparently a “weather window” of 65 minutes to launch, but the time elapsed before the issue could be resolved. So launch time was reset to 24 hours later.

That's the space biz folks. The sun will still be there tomorrow.

This morning’s launch of @NASASun’s #ParkerSolarProbe was scrubbed. Launch teams will attempt to launch on Sunday morning. Get real-time updates: https://t.co/9uczz8fdI8 pic.twitter.com/6GyCioopfa

On its seven-year mission, the Parker Solar Probe will whip through the sun’s sizzling outer atmosphere, or corona, swooping to within 4 million miles (6.4 million km) of the sun’s surface. This craft will face heat and radiation like no spacecraft before it. Why won’t it melt? Explanation here.

Scientists hope that – if it does survive its fiery journey so close to our local star – the Parker Solar Probe’s instruments will provide data leading to better predictions of space weather, which begins at the sun and ultimately can wreak havoc on human technologies on Earth and in space. More about that below.

The scientists also hope the Parker Solar Probe will help them address fundamental questions about the sun’s dynamic and mysterious corona. More about that below, too.

The Parker Solar Probe – named for Eugene Parker, who first theorized that the sun constantly sends out a flow of particles and energy called the solar wind – will explore one of the last regions of the solar system to be visited by a spacecraft.

Keep up with the latest on the sun at @NASASun on Twitter.

Animation of the Parker Solar Probe, via NASA Tumblr.

… is home to one of the sun’s biggest secrets: The corona’s mysteriously high temperatures. The corona, a region of the sun’s outer atmosphere, is hundreds of times hotter than the surface below. That’s counterintuitive, like if you got warmer the farther you walked from a campfire, but scientists don’t yet know why that’s the case.

Some think the excess heat is delivered by electromagnetic waves called Alfvén waves moving outwards from the sun’s surface. Others think it might be due to nanoflares – bomb-like explosions that occur on the sun’s surface, similar to the flares we can see with telescopes from Earth, but smaller and much more frequent. Either way, Parker Solar Probe’s measurements direct from this region itself should help us pin down what’s really going on. 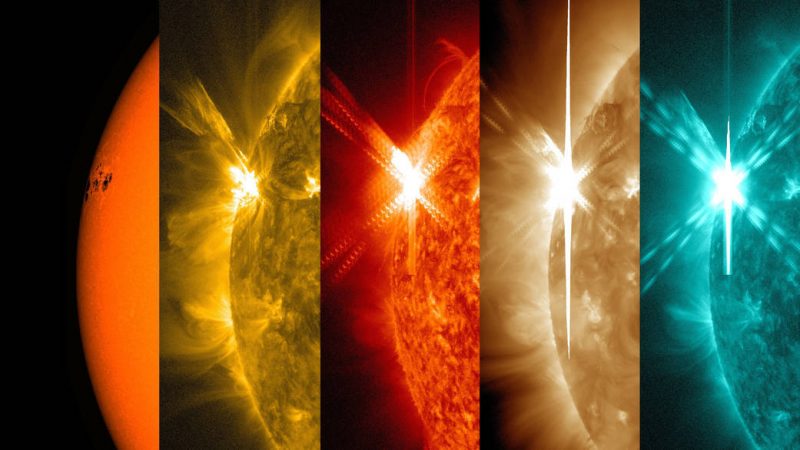 A flare on the sun, viewed at different wavelengths, via NASA Tumblr.

Now, about space weather and its effects on our earthly technologies. NASA said:

We also want to find out what exactly accelerates the solar wind – the sun’s constant outpouring of material that rushes out at a million miles per hour [1.6 million kph] and fills the solar system far past the orbit of Pluto. The solar wind can cause space weather when it reaches Earth – triggering things like the aurora, satellite problems, and even, in rare cases, power outages.

We know where the solar wind comes from, and that it gains its speed somewhere in the corona, but the exact mechanism of that acceleration is a mystery. By sampling particles directly at the scene of the crime, scientists hope Parker Solar Probe can help crack this case. 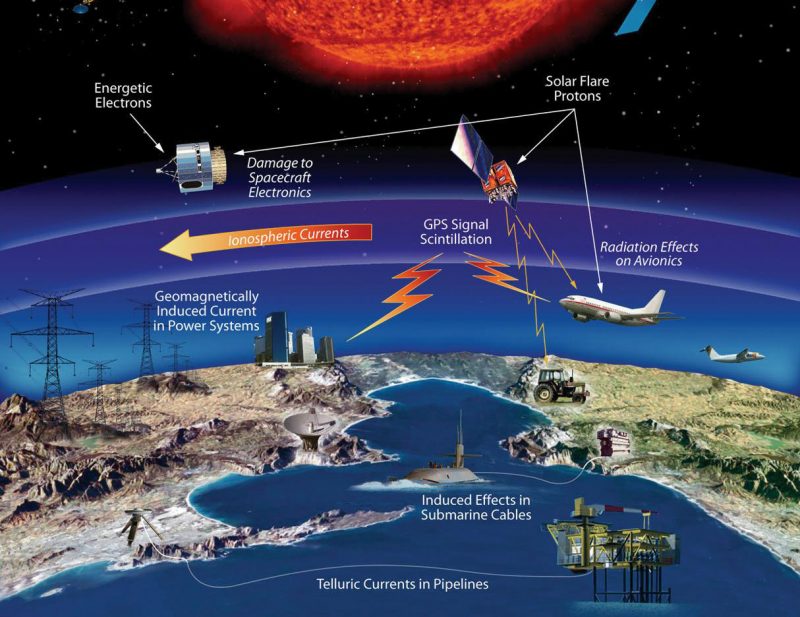 Parker Solar Probe will carry a suite of four instruments, which you can read about here. They’ll measure the sun’s particles, magnetic and electric fields, solar wind and more. What’s cool is that – by helping scientists understand our local star – Parker Solar Probe will provide insights on stars everywhere in the universe. 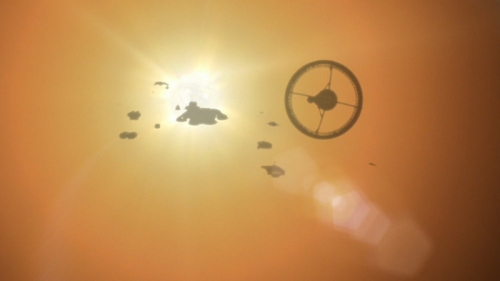