Oxygen and life: a cautionary tale

On Earth, oxygen is a signature byproduct of life. But what if astronomers found oxygen in the atmosphere of a planet orbiting a distant sun? Would that prove life exists there? Not necessarily, says a new study. 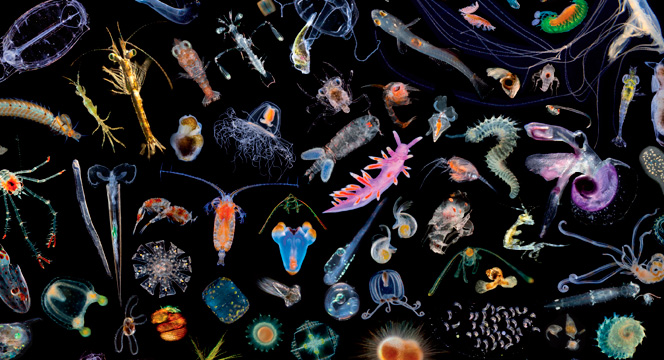 Much of the oxygen in Earth’s atmosphere is produced by tiny marine organisms, such as phytoplankton. Image via Racing Extinction.

Most people know that oxygen is vital to earthly life. Humans and other animals breathe it. Green algae, marine bacteria and Earth’s abundance of plants produce it. About 20 percent of Earth’s atmosphere is currently composed of oxygen, and that fact has led to oxygen’s role in astrobiology as a signature of life. In other words, if astronomers discovered oxygen in the atmosphere of another rocky planet like Earth, orbiting a distant star, they’d likely consider that oxygen a strong signal of possible life on that planet. But now a new study casts doubt on that conclusion. It shows that oxygen can be generated in the absence of life as well … originating, if you will, from an alien imposter.

The new peer-reviewed findings were announced by Johns Hopkins University and published in the December 11, 2018 issue of ACS Earth and Space Chemistry.

Basically, researchers were able to create both oxygen and organic compounds in simulations of exoplanet atmospheres, without the involvement of life. The experiments were conducted in the lab of Sarah Hörst, an assistant professor of Earth and planetary sciences and the co-author of the new paper. Using the Planetary HAZE (PHAZER) chamber, they tested nine different mixtures of gases thought to exist in the atmospheres of super-Earth and mini-Neptune exoplanets – worlds that are larger than Earth but smaller than Neptune. Each mixture was composed of gases such as carbon dioxide, water, ammonia and methane, and heated to temperatures ranging from about 80 to 700 degrees Fahrenheit. 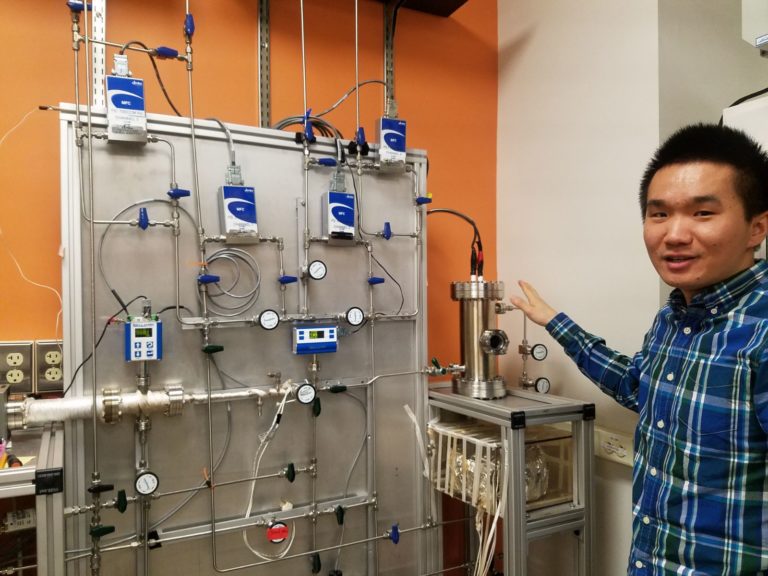 Chao He explains how the PHAZER chamber works. Image via Chanapa Tantibanchachai. 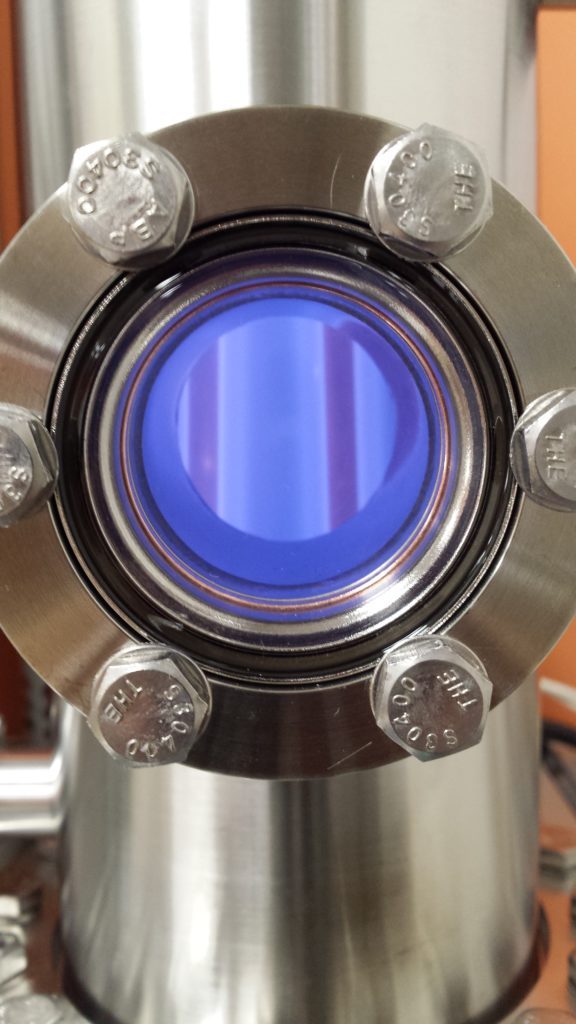 A simulated CO2-rich planetary atmosphere being exposed to a plasma discharge in Sarah Hörst’s lab. Image via Chao He.

Each mixture was exposed to two different kinds of energy – plasma and UV light – that can trigger chemical reactions in planetary atmospheres. Plasma – stronger than UV light – can simulate electrical activities like lightning and/or energetic particles, while UV light creates chemical reactions in planetary atmospheres such as those on Earth, Saturn and Pluto.

The experiments were allowed to run for three days, about the same amount of time that they would be exposed to plasma or UV light from space, with the resulting gases then being measured by a mass spectrometer – which is used to identify the amount and type of chemicals present in a physical sample.

So what did the researchers find?

The simulated conditions produced both organic molecules and oxygen that could build sugars and amino acids such as formaldehyde and hydrogen cyanide – the raw materials from which ice could start. According to Chao He, an assistant research scientist at Johns Hopkins:

People used to suggest that oxygen and organics being present together indicates life, but we produced them abiotically in multiple simulations. This suggests that even the co-presence of commonly accepted biosignatures could be a false positive for life. 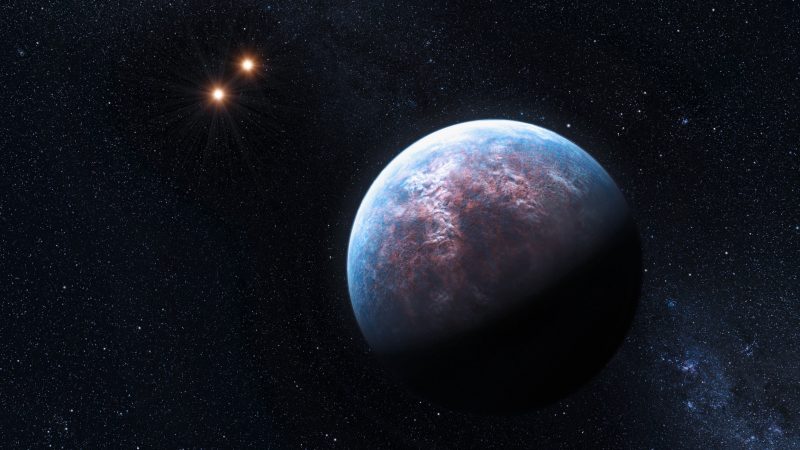 Artist’s concept of the super-Earth exoplanet Gliese 667 Cb. In this three-star system, the host star is a companion to two other low-mass stars, seen here in the distance. If oxygen is found in the atmosphere of a planet like this, it may – or may not – be evidence of life. Image via ESO.

The results are certainly interesting, showing that oxygen could indeed be produced without the involvement of any kind of life, but at the same time indicates that the building blocks of life – from which life could arise – are also easily produced. That itself is exciting, since it supports the idea that life could begin in many different environments where conditions are favorable.

In 2015, a different study by Norio Narita and colleagues found another process that can also produce oxygen, involving titanium oxide – an oxidized metal which catalyzes the splitting up of water into oxygen and hydrogen when a planetary surface is exposed to ultraviolet radiation. Even as little as 0.05 percent titanium oxide making up surface materials on an exoplanet could produce oxygen levels similar to that in Earth’s atmosphere. That study can be found here.

Bottom line: Discovering oxygen in the atmosphere of super-Earth or Earth-sized exoplanet would be exciting – and possibly evidence for life – but this new research shows that even then, the results should be looked at very carefully – as a cautionary tale. The oxygen may indeed come from living organisms, as on Earth, but it may also be a case of an alien imposter.