Inside Mars, the amount of water may be vastly greater than previous estimates. Mars’ interior might have as much as – or more – water than Earth.

We knew Mars had water ice at its poles. We knew there are features on Mars that look like they might have been carved by running water, plus microscopic evidence for the presence of liquid water on Mars in the distant past. But there is no liquid water on Mars’s surface today, and Mars is generally thought of as a desert world. Meanwhile, until now, Earth has been the only planet known to have vast reservoirs of water in its interior. But that has changed. Scientists who analyzed the water content of two Martian meteorites originating from inside the planet say that – in some parts of Mars’ mantle – the amount of water is vastly greater than previous estimates. In fact, they say, Mars’ interior water is similar in quantity to that found inside Earth.

If you made of sphere of all Earth’s water, how big would it be?

These results – published in the journal Geology – have implications for how water got to the Martian surface long ago. The data suggest yet another reason to think that Mars might once have sustained life. 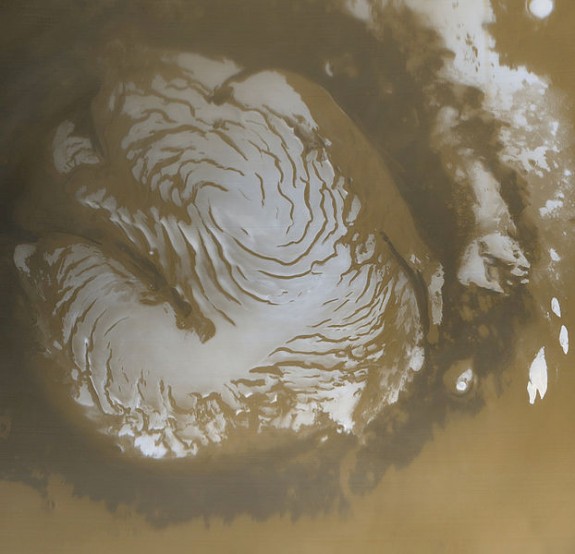 North polar cap of Mars as seen by the Mars Global Surveyor spacecraft in early northern summer on Mars. Both of Mars poles have water ice. 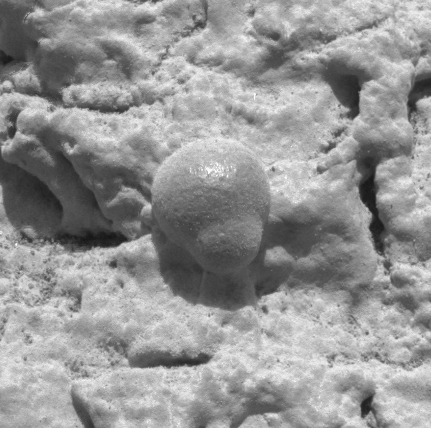 Microscopic photo taken by Mars rover Opportunity, from a rock outcrop at Mars’ Meridiani Planum, dubbed El Capitan. The image shows a gray hematite concretion, indicative of the past presence of liquid water on Mars’ surface..

The Shergotty meteorite is the first example of the shergottite Mars meteorite family. It fell to Earth at Shergotty, India on in 1865. Witnesses heard loud booms in the sky, saw the meteor fall, and retrieved the meteorite almost immediately. But it wasn’t until the late 20th century that this meteorite and others like it were identified as being from Mars. Image via Wikimedia Commons

The scientists analyzed what are called shergottite meteorites, thought to have been ejected from Mars approximately 2.5 million years ago. Hauri explained why the scientists concluded that Mars’ interior has plentiful water:

We analyzed two meteorites that had very different processing histories. One had undergone considerable mixing with other elements during its formation, while the other had not. We analyzed the water content of the mineral apatite and found there was little difference between the two even though the chemistry of trace elements was markedly different. The results suggest that water was incorporated during the formation of Mars and that the planet was able to store water in its interior during the planet’s differentiation.

Based on the mineral’s water content, the scientists estimated that the Martian mantle source from which the rocks were derived contained between 70 and 300 parts per million (ppm) water. For comparison, the upper mantle on Earth contains approximately 50-300 ppm water. 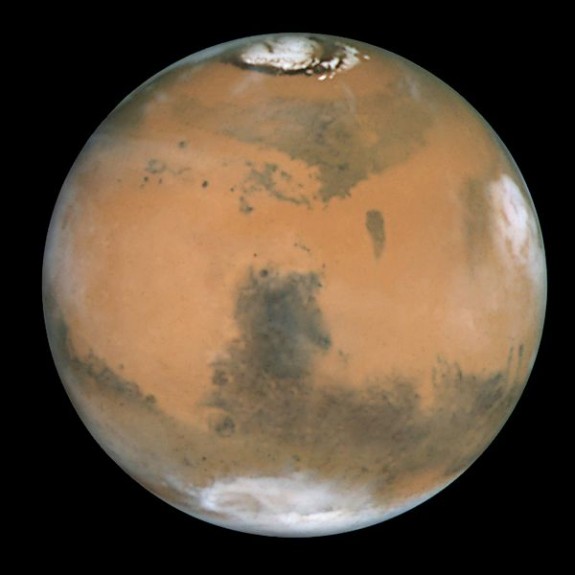 Mars as seen by the Hubble Space Telescope in 1999.

Bottom line: Following an analaysis of shergottite meteorites from the planet Mars, scientists have concluded that Mars’ interior contains much more water than previous estimates suggested. The interior of Mars might contain water in amounts similar to those inside Earth, or even greater.

Read more about this story from Carnegie Institution