A new way to detect oxygen in exoplanet atmospheres

In recent years, astronomers have pondered the search for biosignatures, or signs of life, in the atmospheres of distant exoplanets. Will the James Webb Space Telescope – due to launch in 2021 – be able to detect them? A new technique says yes. 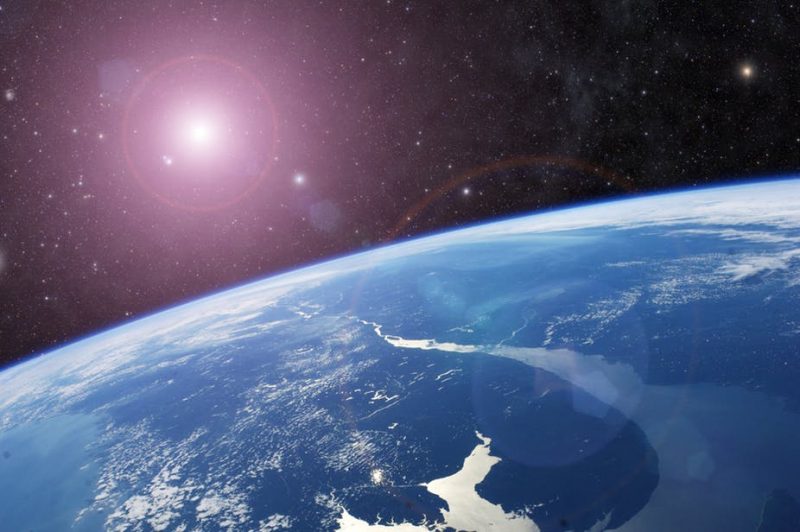 About 21% of Earth’s atmosphere is composed of oxygen. On our planet, oxygen is produced by living organisms including plants, algae, and cyanobacteria. If we could detect oxygen in the atmosphere of an exoplanet, it might be a clue that something lived there. Image via Shutterstock/ The Conversation.

NASA’s James Webb Space Telescope is currently scheduled for launch in early 2021. It’ll be Hubble’s successor and a powerful new tool in the search for and study of exoplanets – worlds orbiting other stars – in particular ones that might be able to support life. Researchers now say they’ve developed a new technique that could help scientists use the Webb telescope to detect a possible key signature of alien life – oxygen, in the atmosphere of a distance world – with greater efficiency than first anticipated.

The researchers, from NASA’s Goddard Space Flight Center, announced that the Webb telescope will be able to identify a unique signal produced when oxygen molecules collide. If that signal were to be found in the atmosphere of an exoplanet, that would be a strong indication that oxygen, and perhaps life, is present on the planet’s surface.

The promising peer-reviewed findings were published in the journal Nature Astronomy on January 6, 2020.

We’re speaking here of the search for biosignatures – physical markers indicating the presence of life – in the atmospheres of exoplanets. Previously, it was thought that if an exoplanet had oxygen levels in its atmosphere similar to that of Earth, the oxygen would be undetectable by the Webb telescope. As Thomas Fauchez at Goddard Space Flight Center, lead author of the new study, explained:

Before our work, oxygen at similar levels as on Earth was thought to be undetectable with Webb, but we identify a promising way to detect it in nearby planetary systems. This oxygen signal is known since the early ’80s from Earth’s atmospheric studies, but has never been studied for exoplanet research. 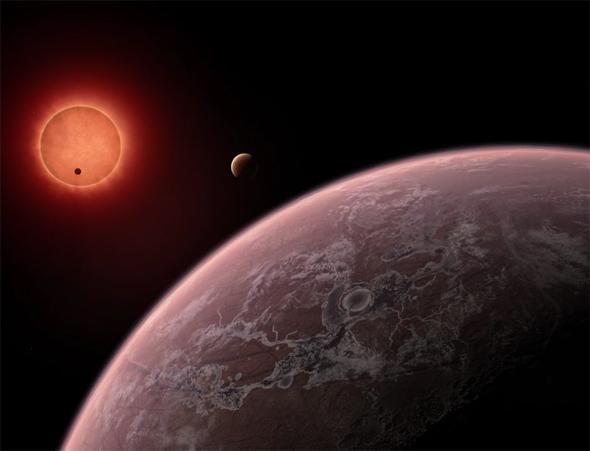 Artist’s concept of 3 of the 7 known Earth-sized exoplanets orbiting the red dwarf star TRAPPIST-1. Red dwarfs are the most common stars in our galaxy, and the James Webb Space Telescope will be able to detect oxygen in the atmospheres of such worlds, at least ones that are relatively nearby. The TRAPPIST-1 red dwarf and exoplanets are about 40 light-years away. Image via ESO /M. Kornmesser/ Slate.

What is this new method, and how did the researchers devise it?

They focused on creating computer models of the atmospheres of exoplanets orbiting red dwarf stars – the most common stars in our Milky Way galaxy – and simulating those worlds’ oxygen signatures. Since red dwarfs tend to be active stars with intense radiation, they studied how a red dwarf’s radiation would affect the atmospheres of its planets.

Then they simulated how the colors of light from the stars would change when those planets transited – or passed in front of – their stars, as viewed from Earth.

Like other gases, oxygen will absorb certain colors, or wavelengths, of light, in particular in this case at 6.4 micrometers, in the infrared portion of the electromagnetic spectrum. When – spurred by the activity from their red dwarf suns – oxygen molecules in the air around distant exoplanets collide (either with each other, or with other gas molecules in the planet’s atmosphere), the oxygen molecules gain the temporary ability to absorb this infrared light.

It’s that absorption signal that will be able to be detected by instruments aboard the Webb telescope.

There are also other oxygen signals, but they are more difficult to detect, according to Geronimo Villanueva, a co-author of the paper:

Similar oxygen signals exist at 1.06 and 1.27 micrometers and have been discussed in previous studies but these are less strong and much more mitigated by the presence of clouds than the 6.4 micrometer signal.

Conceptual comparison of two oxygen-rich exoplanets, one with water (left) and one dry (right). Image via NASA/ GSFC/ Friedlander-Griswold.

If the Webb telescope does ultimately find such evidence for oxygen, that would be an exciting discovery. It should be remembered, however, that the detection of oxygen itself isn’t necessarily proof of life. There are other ways it can accumulate in a planet’s atmosphere. For instance, if the atmosphere becomes very warm, it could be saturated with water vapor. The ultraviolet radiation from the star could then break down the water vapor into atomic hydrogen and oxygen. Such false-positive detections wouldn’t have anything to do with life, but JWST could help to weed out these kinds of detections, distinguishing them from those where evidence would suggest that biology was indeed involved.

Even that scenario would still be interesting, though, as it could indicate that the planet has a rich water history. And water, of course, is necessary for life, at least life as we know it. Such a detection would also suggest, however, that the planet has now lost much of its water. And too much oxygen could also be a bad thing, as another co-author, Ravi Kopparapu, said:

Oxygen is one of the most exciting molecules to detect because of its link with life, but we don’t know if life is the only cause of oxygen in an atmosphere. This technique will allow us to find oxygen in planets both living and dead.

It is important to know whether and how much dead planets generate atmospheric oxygen, so that we can better recognize when a planet is alive or not. 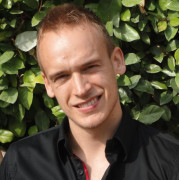 If the James Webb Space Telescope were to find oxygen in the atmosphere of a planet that wasn’t too warm, or didn’t show evidence that the oxygen was being produced abiotically (without life) – as in a planet more similar to Earth – that of course would be very interesting and would be strong tentative evidence that the planet was home to some form(s) of biology.

And that would be exciting.

A strong detection of oxygen could also be used to determine whether a planet even has an atmosphere at all. This is because planets orbiting close to red dwarfs could have their atmosphere decimated by radiation from the intense stellar activity. According to Fauchez:

This is important because M dwarf stars are highly active, and it has been postulated that stellar activity might ‘blow away’ entire planetary atmospheres. Knowing simply whether a planet orbiting an M dwarf can have an atmosphere at all is important for understanding star-planet interactions around these abundant but active stars.

One of the most important aspects of this new detection technique is that it can allow the Webb telescope to find oxygen in a planetary atmosphere significantly faster than previously thought possible. Of course, the closer the planet is to us, the easier it will be, but – as with all telescopes – the Webb will have its limits. 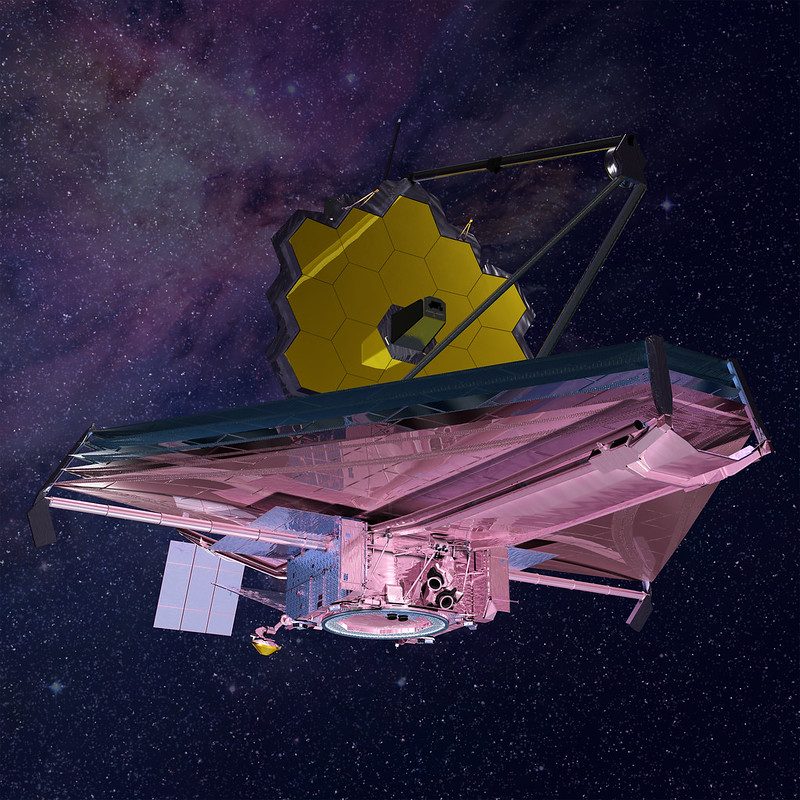 If a planet orbiting a red dwarf star has an atmosphere similar to Earth’s, it would need to be within 16 light-years for the Webb telescope to detect the oxygen. The telescope could, however, detect oxygen in the dessicated atmosphere of a planet – at atmosphere with no remaining moisture – with a pressure 22 times that of Earth, up to 82 light-years.

After its 2021 launch, the James Webb Space Telescope is expected to study every phase of the history of our universe, including distant exoplanets, galaxies, the first luminous glows after the Big Bang, and the evolution of our own solar system. The search for life on exoplanets near our sun will be among the most fascinating of its studies. It will be very interesting to see what the Webb finds!