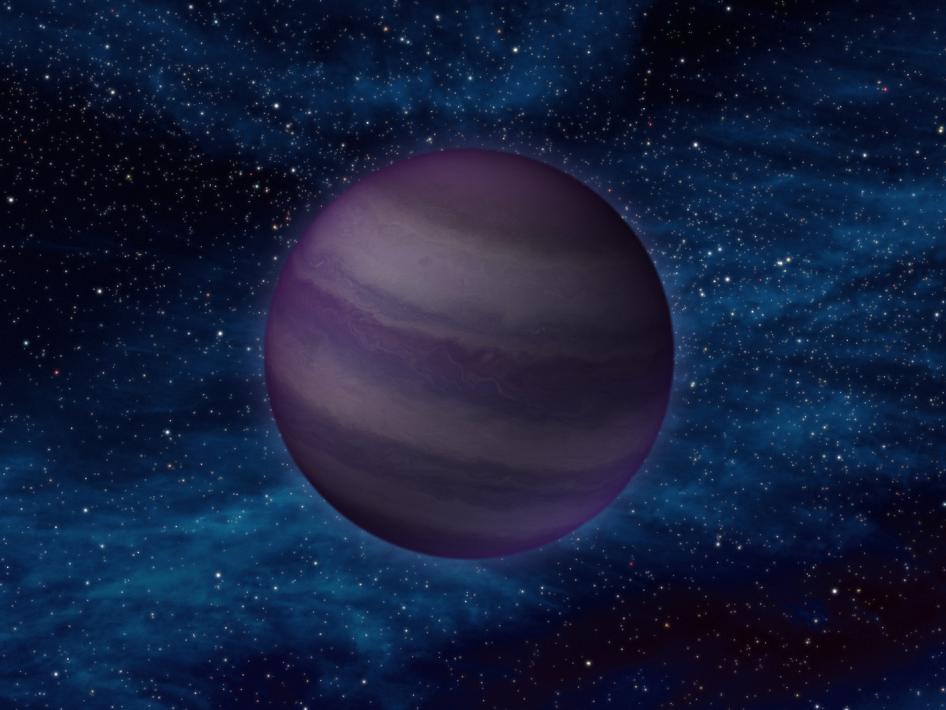 View larger. | This artist’s illustration shows how a particular class of brown dwarfs – called a Y dwarf – might look. Illustration via WISE satellite, which has discovered many brown dwarfs.

Georgia State University astronomers announced on December 9, 2013 that they now have observational evidence for the theoretically predicted break between very low-mass stars and brown dwarfs. They say they can point to a precise temperature, radius and luminosity of the lowest mass stars. According to these astronomers, in order to be a star, an object must have temperature of at least 2,100 K, a radius 8.7% that of our sun, and a luminosity or intrinsic brightness 1/8000th that of the sun.

The Georgia State astronomers also identified a particular star as a representative of the smallest stars. Its designation is 2MASS J0513-1403.

The Astronomical Journal has accepted their paper for publication. You’ll find a preprint here.

These astronomers are members of the RECON group at Georgia State. RECONS stands for Research Consortium on Nearby Stars. The data for their study came from the SOAR (Southern Astrophysical Research) 4.1-m telescope and the SMARTS (Small and Moderate Aperture Research Telescope System) 0.9-m telescope at the Cerro Tololo Inter-American Observatory (CTIO) in Chile.

What makes an object a star? A star is a star because it shines via thermonuclear fusion reactions in its core. Although made from the same stuff as stars, an object without sufficient mass cannot get hot enough inside to ignite fusion reactions. Sometimes we would call that object a planet (like Jupiter), and sometimes, if the object is more than about 10 times Jupiter’s mass, we would call it a brown dwarf.

These astronomers say their work answers “a fundamental question in stellar astrophysics about the coolest and least massive stars.”

But it may also have implications in the search for life in the universe. That is, brown dwarfs are cool, probably too cool to support habitable planets, while very low-mass stars provide constant warmth and a low ultraviolet radiation environment for billions of years, and thus might support life.

Thus knowing how to distinguish low-mass stars from high-mass brown dwarf may be a boon to those searching for habitable worlds, according to these astronomers.

Click here to read more about the boundary between the least massive stars and most massive brown dwarfs, from NOAO.