Fast radio bursts – aka FRBs – are brief, powerful, puzzling bursts of radio waves from deep space. Now astronomers have detected a new and even more unusual type of FRB. 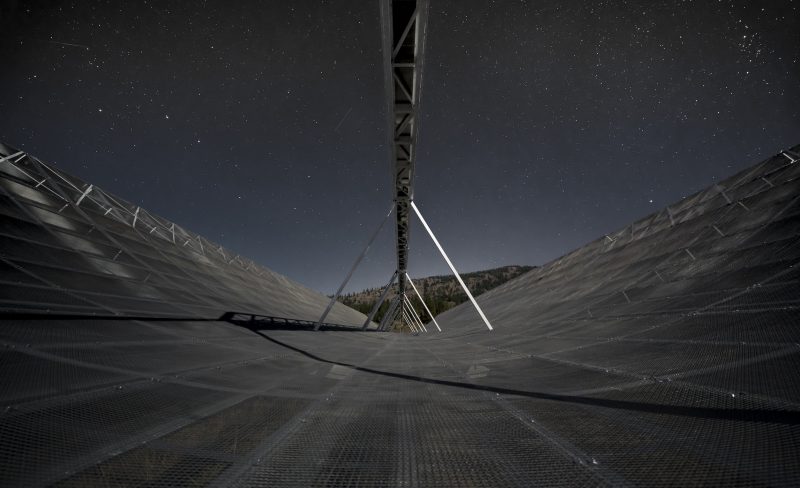 Fast radio bursts (FRBs) are one of the most recent, and puzzling, discoveries yet in astronomy. They are powerful, but very brief, bursts of radio waves from deep space. They’ve been relatively rare so far, but astronomers continue to study them as they’re discovered. On August 1, 2018, astronomers used the Astronomer’s Telegram to report on another FRB, just detected, which is a little different from previous ones studied by astronomers.

They detected the new FRB the morning of July 25, using a state-of-the-art radio telescope in the mountains of British Columbia (the Canadian Hydrogen Intensity Mapping Experiment or CHIME). The telescope has been in operation for only about a year and has been used to find several FRBs prior to this one. The astronomers labeled the new discovery as FRB 180725A after the year, month and day it was detected. It was found to be transmitting in radio frequencies as low as 580 megahertz, nearly 200 MHz lower than any other FRBs ever detected. Patrick Boyle, author of the Astronomer’s Telegram report and a project manager at CHIME told Live Science on August 3:

These events have occurred during both the day and night, and their arrival times are not correlated with known on-site activities or other known sources. 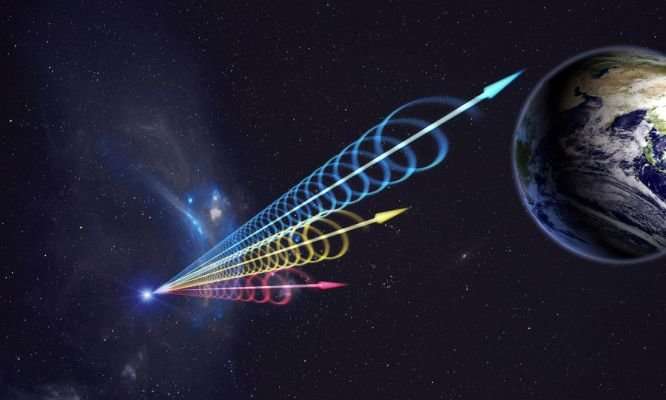 The fact that this FRB was of such low frequency indicates that the burst was extremely bright, originating from a very powerful source.

Several other low-frequency bursts have reportedly been detected by CHIME, since FRB 180725A, as well.

So just what are FRBs? As with the discovery of any unusual cosmic phenomena, there is a lot of debate and speculation. They are reminiscent of pulsars, but are extremely brief in duration (only a few milliseconds) and emit an incredible amount of energy in that short time. Some postulated origins include supernovas, supermassive black holes or other sources of intense electromagnetic radiation, including pulsars.

They are known to originate from immense distances, but because they are so brief, it is difficult to pin down their exact sources. Plus, only about 40 FRBs have been discovered altogether so far, since 2007. Christopher Conselice, a professor of astrophysics at the University of Nottingham, explained to the Daily Mail that FRBs may actually happen regularly, reaching Earth thousands of times per day, but that most simply haven’t been detected yet with available instruments. 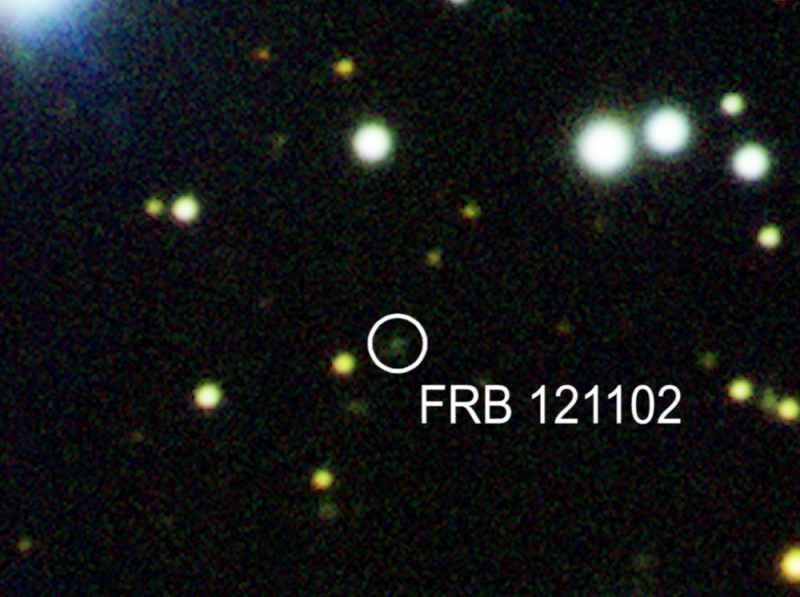 The only known repeating FRB found so far, FRB 121102. Image via Gemini Observatory/AURA/NRC/NSF/NRAO.

So far, only one FRB has been discovered which keeps repeating – FRB 121102. Those bursts have been at higher frequencies, up to 7 GHz, and were traced back to a galaxy 3 billion light-years away.

It is inevitable that another possible origin would come up in discussion – aliens. As of now, there is no evidence to assume that these signals are artificial; they are most likely natural, but not enough is known about them yet to know for sure. As noted by Avi Loeb, a scientist at the Harvard-Smithsonian Center for Astrophysics:

Fast radio bursts are exceedingly bright given their short duration and origin at great distances, and we haven’t identified a possible natural source with any confidence. An artificial origin is worth contemplating and checking.

A theory proposed last year was that FRBs could be leakage from planet-sized transmitters powering interstellar probes in distant galaxies. The idea is that such transmitters could be used to drive interstellar light sails. The amount of power involved would be sufficient to push a payload of about a million tons (about 20 times the largest cruise ships on Earth). As Manasvi Lingam from Harvard University surmised:

That’s big enough to carry living passengers across interstellar or even intergalactic distances. 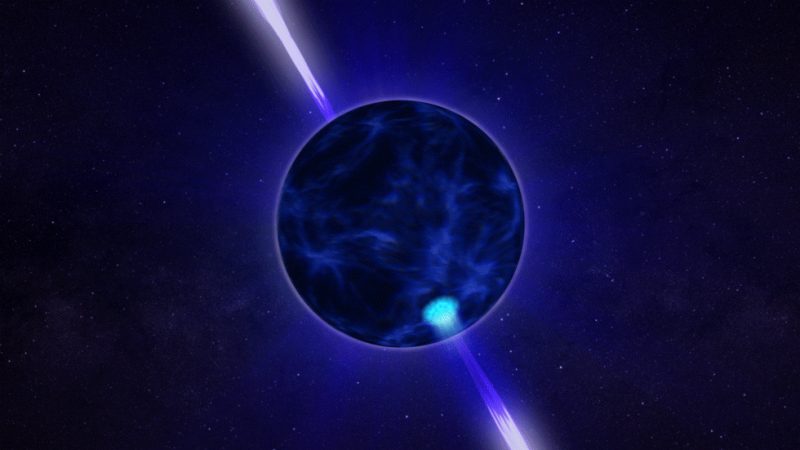 Artist’s concept of a pulsar, one of the most powerful known phenomena in the universe. They are one possible origin of FRBs. Image via Goddard Space Flight Center.

The paper detailing that theory is available here. But what are the chances that FRBs could really be a product of extraterrestrial intelligence? Loeb was asked that question and responded:

Science isn’t a matter of belief, it’s a matter of evidence. Deciding what’s likely ahead of time limits the possibilities. It’s worth putting ideas out there and letting the data be the judge.

Via The Astronomers Telegram, Live Science and Daily Mail.