New names for 112 exoplanets and their stars

Hundreds of thousands of people from 112 countries helped select names for distant exoplanets and their stars. So, for example, the exoplanet formerly known as HAT-P-36b – about 1,000 light-years away – now also carries the name Bran, from an Irish legend. 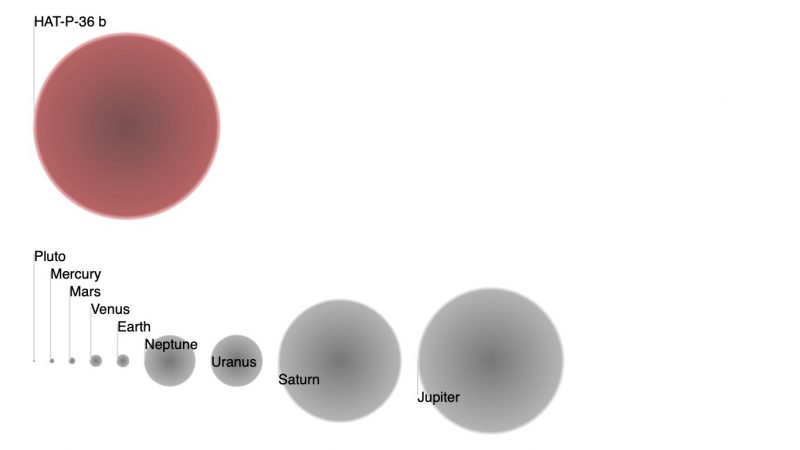 Simulated size of newly named exoplanet HAT-P-36b, now named Bran. Its star has a new name, too: Tuiren. Both Bran and Tuiren are names from an Irish legend. Here, you see Bran’s estimated size in comparison to planets in our own solar system. Image via Open Exoplanet Catalogue.

The International Astronomical Union (IAU) said this week it has formalized new names for 112 sets of exoplanets and their host stars. The names come from the IAU’s NameExoWorlds campaigns. They were announced at a press conference in Paris, France, on December 17, 2019. IAU said:

Within the framework of the IAU’s 100th anniversary commemorations (IAU100) in 2019, 112 countries organized national campaigns that stimulated the direct participation of over 780,000 people worldwide who proposed and selected names for each exoplanet and its host star.

Some examples of the new IAU names for exoplanets and their stars include:

Ireland: The names of mythological dogs (Bran, Tuiren) from the Irish legend The Birth of Bran, for the planet HAT-P-36b (Bran) orbiting the star HAT-P-36 (Tuiren) in the constellation of Canes Venatici the Hunting Dogs.

Jordan: The names of ancient cities and protected areas in southern Jordan, for the exoplanet WASP-80b (Wadirum) orbiting the star WASP-80 (Petra) in the constellation of Aquila the Eagle.

Malaysia: The names of gemstones in the Malay language, for the exoplanet HD 20868 b (Baiduri) orbiting the star HD 20868 (Intan) in the constellation of Fornax the Furnace.

Burkina Faso: The new names for the planet HD 30856 b (Nakambé) and its star HD 30856 (Mouhoun) refer to the local names for prominent rivers in Burkina Faso. Fittingly, the system lies in the river constellation of Eridanus the River.

The complete list of names approved by the IAU can be explored here. 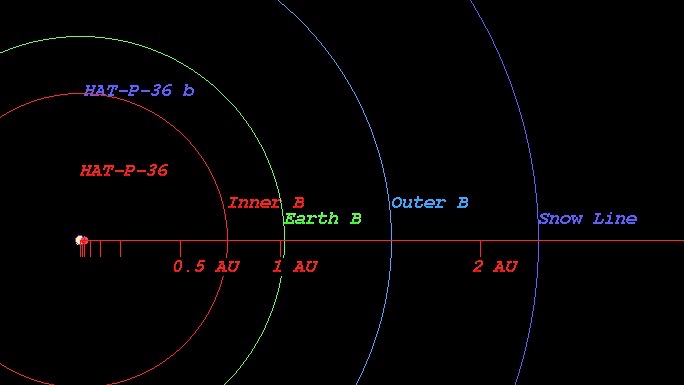 HAT-P-36b is the only known planet in its star system, so far. It’s thought to have nearly twice Jupiter’s mass (nearly 600 times Earth’s mass). Its orbit (in red) is extremely close to its star. Earth’s orbit (in green) shown for comparison. Distances given in Astronomical Units (AU). Find a definition for “snow line” here. Many known exoplanets are like this one: they are giant planets orbiting near their stars. More about this image via ExoplanetKyoto.org .

Eric Mamajek is co-chair of the NameExoWorlds Steering Committee. He said in a statement:

Astronomical observations over the past generation have now discovered over 4,000 planets orbiting other stars – called exoplanets. The number of discoveries continues to double about every 2½ years, revealing remarkable new planet populations and putting our own Earth and solar system in perspective. Statistically, most of the stars in the sky are likely to be orbited by their own planets – they are everywhere.

While astronomers catalogue their new discoveries using telephone-number-like designations, there has been growing interest amongst astronomers and the public alike in also assigning proper names, as is done for solar system bodies.

Overall, 360,000 proposals for names were received by the IAU. An IAU National Committee in each country reduced their proposals to a shortlist of national candidates, which were presented to the public for their votes. A total of 420,000 people voted for their preferred candidates. 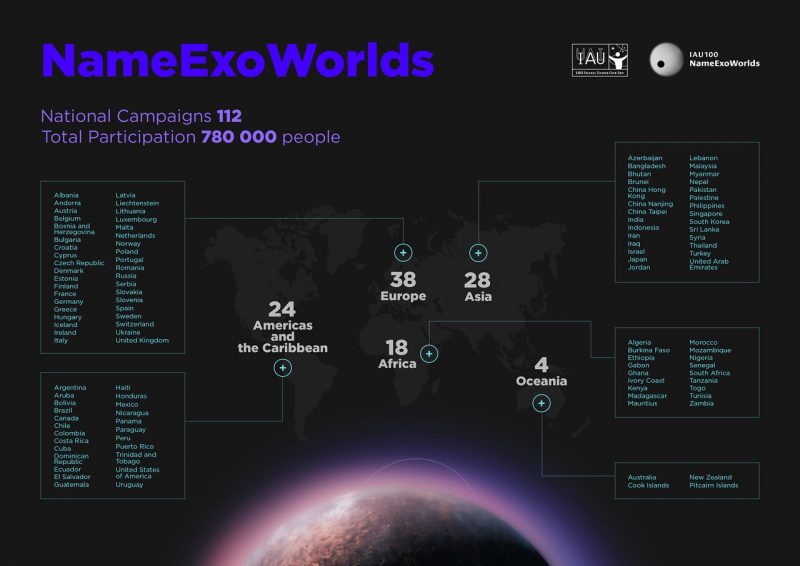 View larger. | The 112 participating countries in the IAU100 NameExoWorlds campaign. Image via IAU.

Bottom line: On December 17, 2019, at a press conference in Paris, the IAU said it has formalized new names for 112 sets of exoplanets and their host stars.

Wikipedia has an interesting post on exoplanet naming conventions