New clues in the search for the universe’s oldest galaxies

An astronomer reports on a very old galaxy cluster – labeled XLSSC 122 – whose light has taken 10.4 billion years to travel across the universe to us. 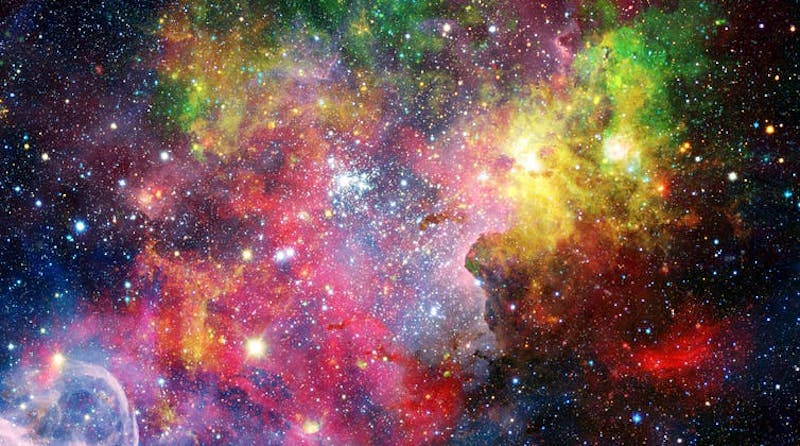 An enhanced image of galaxy clusters. Image via NASA/ Shutterstock.

By Jon Willis, University of Victoria

A galaxy cluster can be likened to a great city of galaxies, a galactic conurbation where each galaxy represents an individual, twinkling structure. Just as an archaeologist might seek evidence of the oldest cities on Earth, astronomers have long sought to discover the oldest galaxy clusters in the universe – each the cosmic equivalent of an ancient civilization like Jericho or Ur.

I have been fortunate to lead a team of astronomers in discovering just such an example of an old galaxy cluster. How old? The light from the galaxy cluster, named XLSSC 122 has taken 10.4 billion years to travel across the universe to us. 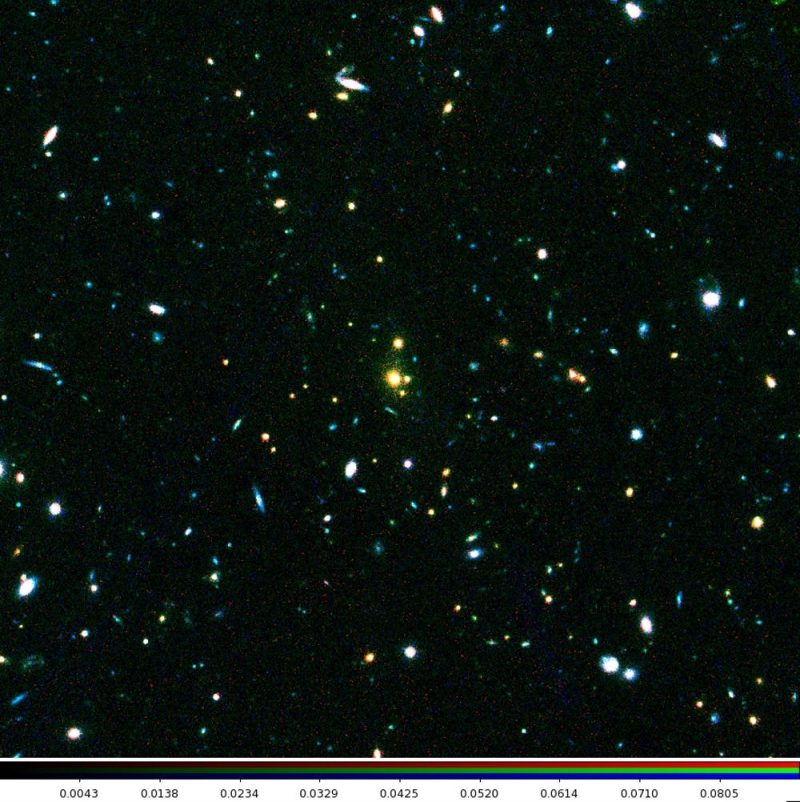 Astronomers believe that the universe itself is 13.7 billion years old, so a little maths tells us that we are observing XLSSC 122 when the universe was a mere 3.3 billion years old. Imagine our surprise then, when each new view of this galaxy cluster revealed a physical structure seemingly every bit as mature and developed as galaxy clusters in our present-day universe – a situation rather like looking at a photo from your youth in which you appear much older than you were.

XLSSC 122 is a remarkably precocious presence in a youthful universe, a clue perhaps that the universe – at least the densest parts of it – can form stars, accumulate into galaxies and eventually be drawn into galaxy clusters with surprising rapidity. Given that computer simulations of the assembly of galaxy clusters indicate more gradual growth, the discovery of XLSSC 122 suggests that our current ideas of how structure forms in the universe may be incomplete.

When I first saw it, XLSSC 122 appeared as an unassuming collection of photons on an X-ray image of the sky taken by the European Space Agency’s X-ray Multi-Mirror space observatory. Though viewed at great distance, we knew we were potentially observing a hot halo of gas – at 10 million Kelvin (9.9 million Celsius or 18 million Fahrenheit) – confined within the gravitational field of a massive cluster of galaxies.

However, visible light images taken with the Canada-France-Hawaii Telescope revealed no galaxies associated with the X-ray source. This was an interesting clue that we may have discovered a distant galaxy cluster where the expansion of the universe had shifted the visible light emitted by the cluster galaxies into the infrared.

From this realization, we proceeded to obtain an image of our candidate cluster using the European Southern Observatory’s Very Large Telescope. This image, taken with an infrared camera, revealed the telltale presence of faint red objects – distant galaxies; but exactly how distant remained a mystery.

Having compiled a strong case that XLSSC 122 was a distant galaxy cluster, perhaps the most distant, we were awarded observing time with the Hubble Space Telescope. Given that only one out of every 10 Hubble proposals is successful, this represented an achievement in itself.

Although the Hubble telescope is nearly 30 years old, it remains a preeminent astronomical facility. Our images of XLSSC 122 appeared sharp and clear compared to the fuzzy images obtained from ground-based observatories. Although I have been a professional astronomer for 20 years, seeing the Hubble images of our cluster represented a near-unique discovery moment. It was immediately clear from the galaxy colors and spectra that XLSSC 122 was supremely distant: it lay at a redshift of two, meaning that the light from XLSSC 122 had taken 10.4 billion years to reach Earth.

How does a cluster such as XLSSC 122 fit into our wider picture of how the universe is structured? Computer simulations allow astronomers to recreate the uneven distribution of matter in the early universe and then to follow the force of gravity as it draws the more dense regions into massive clusters while less dense regions become ever more sparse.

One can identify clusters in these simulations that have the same properties as XLSSC 122. As a simulation is similar to a movie of the universe, we can fast forward to the present. When we did this for XLSSC 122 we realized that it would become one of the most massive clusters in the universe – comparable to the great cluster in Coma, our closest collection of galaxies. The same simulations indicate that XLSSC 122 might only have existed as a cluster of galaxies for perhaps a billion years before the moment we observed it.

Herein lies the mystery. Our study of the starlight from the galaxies that make up XLSSC 122 tells us they are more than 1 billion years old, perhaps as much as 3 billion years old. Moreover, they all appeared to start forming stars at almost the same time. But as all of this happened long before these galaxies ever clumped together to form XLSSC 122, we are left with the question as to what caused them to start forming stars in such a synchronized manner in the early universe?

Fortunately, we have a pretty good idea of where to look next. NASA plans to launch the James Webb Space Telescope in March 2021, and we are already planning ahead to target XLSSC 122. The Webb telescope will collect approximately six times more light than Hubble and will analyze that light with a number of sensitive instruments. Our aim is to use high-resolution infrared spectroscopy to greatly improve our knowledge of the stellar ages of the galaxies that make up XLSSC 122 and pin down the early life story of this remarkable cluster of galaxies.

Bottom line: A team of astronomers have discovered a galaxy cluster so old its light has taken 10.4 billion years to travel across the universe to us.