This new 2.3-gigapixel image of the Fornax Galaxy Cluster – one of the largest images ever released by European Southern Observatory – might make you feel small. 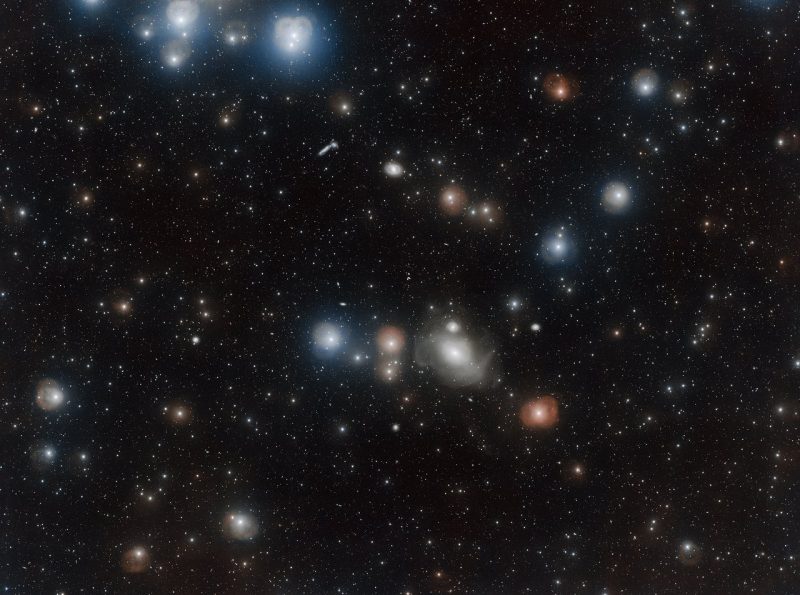 The Fornax Cluster is one of the richest and closest galaxy clusters to our Milky Way, and it’s now been imaged in magnificent detail with the VLT Survey Telescope at ESO’s Paranal Observatory in the Atacama Desert of northern Chile. Some of the galaxies in the image above appear only as pinpricks; see the annotated image below for more details about the various galaxies in this image. ESO said:

Perhaps the most fascinating member of the cluster is NGC 1316, a galaxy that has experienced a dynamic history, being formed by the merger of multiple smaller galaxies. The gravitational distortions of the galaxy’s adventurous past have left their mark on its lenticular structure. Large ripples, loops and arcs embedded in the starry outer envelope were first observed in the 1970s, and they remain an active field of study for contemporary astronomers, who use the latest telescope technology to observe the finer details of NGC 1316’s unusual structure through a combination of imaging and modeling.

The mergers that formed NGC 1316 led to an influx of gas, which fuels an exotic astrophysical object at its center: a supermassive black hole with a mass roughly 150 million times that of the sun. As it accretes mass from its surroundings, this cosmic monster produces immensely powerful jets of high-energy particles, that in turn give rise to the characteristic lobes of emission seen at radio wavelengths, making NGC 1316 the fourth-brightest radio source in the sky.

This image was acquired as part of the Fornax Deep Survey, a project to provide a deep, multi-imaging survey of the Fornax Cluster.

Read more about this new image from ESO 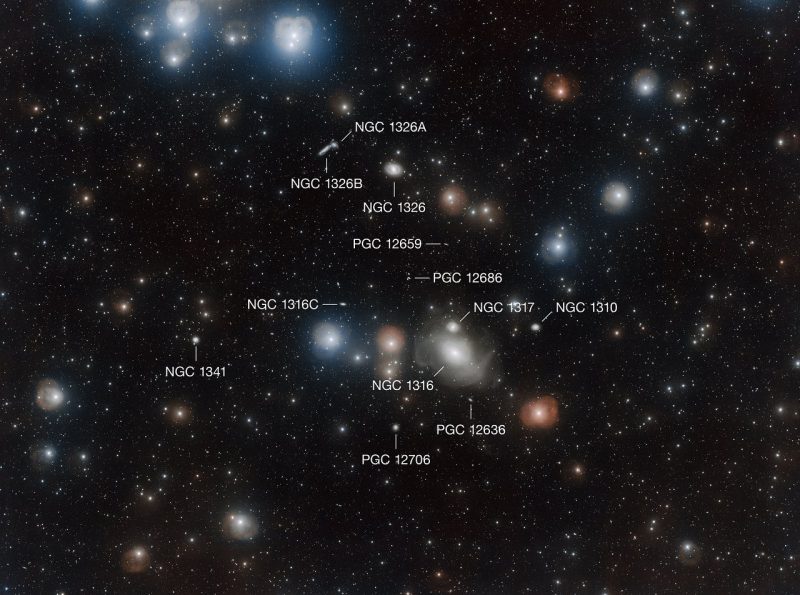 This annotated view labels the major galaxies around NGC 1316, a lenticular galaxy that is both in the constellation of Fornax (The Furnace) and in the Fornax Cluster. This deep view of the cluster was captured by the VLT Survey Telescope as part of the Fornax Deep Survey.

Bottom line: A new 2.3-gigapixel image of the Fornax Galaxy Cluster from ESO.