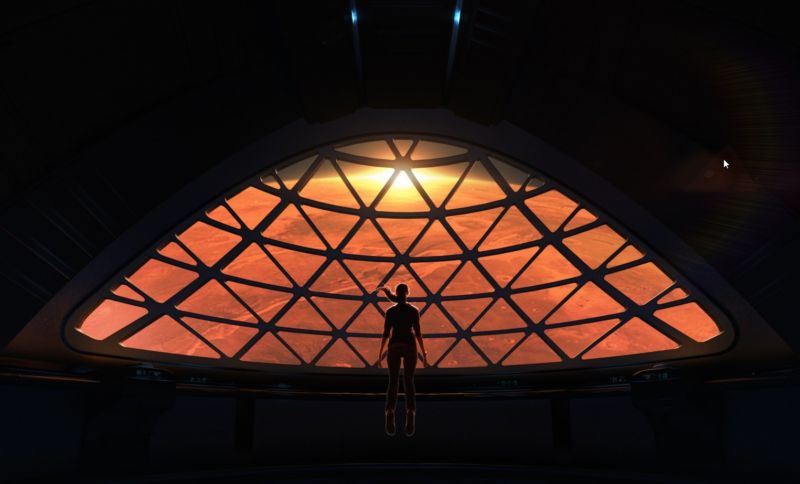 What the view of Mars might look like from inside the Interplanetary Transport System. Image via SpaceX.

I cruised around West Texas for nearly a week – internet-less – in the magical deserts of Big Bend National Park. And (speaking of deserts) that’s why I missed Elon Musk’s September 27, 2016 announcement about SpaceX’s plan to make human life multi-planetary by building a self-sustaining, one-million-person civilization on Mars. Here’s a short synopsis, with a few links to great, long, detailed articles written this week by others, plus some photos and videos, including the two-hour video from SpaceX of Musk’s actual announcement at the 2016 International Astronautical Congress in Guadalajara, Mexico.

Before reading on, watch the four-minute video below. It’ll give you the flavor of Musk’s plan:

Elon Musk is SpaceX’s Founder, CEO, and Lead Designer. His vision – announced in what Eric Berger at arstechnica.com called “the naked baring of his soul” – is to ferry 100 people at a time to Mars in a skyscraper-sized rocket. These aren’t free trips. No one is going to send you to Mars. But your ticket to Mars would be within reach, according to Musk’s plan, for less than US$200,000, or about the median cost of a house in the U.S.

The big SpaceX rocket booster for the Mars plan is said to be nearly four times as powerful as the mighty Saturn V booster that lifted the first astronauts to the moon. Those first moon shots, as you’ll recall, carried fewer than a handful of people each. SpaceX has vastly bigger ideas and used the name Interplanetary Transport System for its rocket, although it hasn’t settled on an official name yet. Musk described it as:

… by far the biggest flying object ever.

While en route to Mars, would-be colonists will play zero-g games, float around, go to movies and lectures and eat in a restaurant, Musk said. More good news. In Musk’s vision, future Mars colonists – using rockets like this one, and SpaceX’s proven ability not only to launch rockets but also land them successfully back on Earth – would be able to come back to Earth if they want (assuming they can afford the ticket price). Here’s what really got me going, though, as a long-time skywatcher: Musk is linking specific parts of his initial plan to upcoming Mars oppositions, once-every-two-year events when Earth and Mars are on the same side of the sun. As Mars brightens in our sky in the coming years, will we also be able to imagine SpaceX ships there and the beginnings of a colonization effort? The info below, from Wait But Why, outlines the next few steps:

Upcoming Mars Oppositions – and what SpaceX is planning for each

December, 2022: Maiden [Interplanetary Transport System] voyage to Mars. Carrying only cargo. This is the spaceship Elon wants to call Heart of Gold [a nod to the fictional spacecraft A Hitchhiker’s Guide to the Galaxy].

Did you catch that?

If things go to plan, the Neil Armstrong of Mars will touch down about eight years from now.

Okay, so here are some links that you should check out for more details:

Reusability: The Key to Making Human Life Multi-Planetary, from SpaceX

A very readable and understandable post (albeit profanity-laden) with context on the Mars plan, from Wait But Why

A dissection of the technical and financial feasibility of SpaceX’s plan, from Eric Berger at arstechnica.com.

Musk says travel to Mars will be like Battlestar Galactica, cost around $100,000, from New Atlas

The biggest lingering questions about SpaceX’s Mars colonization plans, from The Verge

The video just below (nearly two hours) is the complete announcement by Elon Musk on September 27. The talk itself starts about 20 minutes in.

Artist’s concept of SpaceX’s big rocket. Image via Wait But Why. 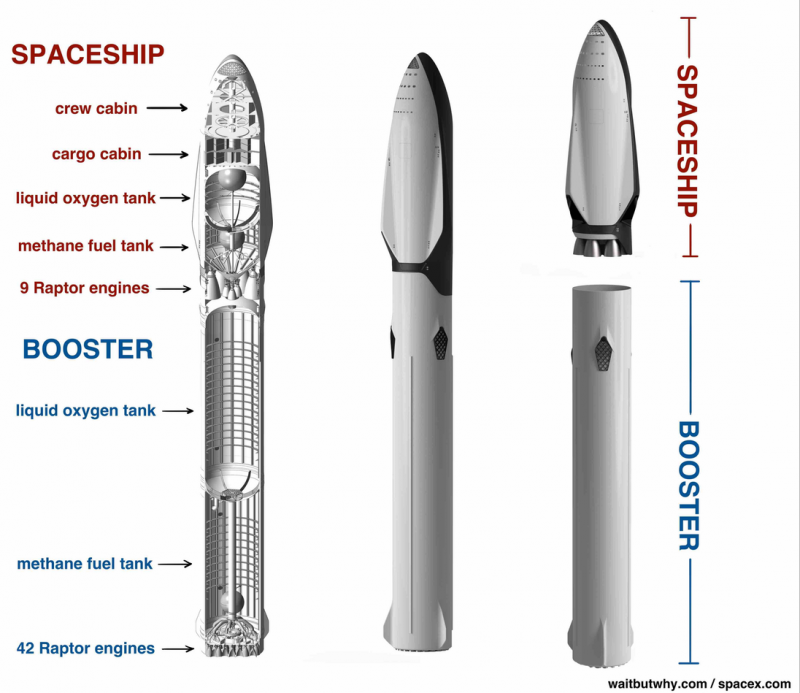 Musk said he likes the word “system” for his Interplanetary Transport System because it has 4 parts: a rocket and spaceship, shown here, plus a fueling tanker and propellant depots. Image via Wait But Why.

Artist’s concept of SpaceX’s rocket, upright in the city of Boston. It’s as big as a skyscraper, by far the biggest rocket ever built. Image via Wait But Why.

Lift off! One hundred Mars wayfarers would be aboard. Image via SpaceX.

The rocket booster would detach and return to Earth, pick up a fuel tank (liquid oxygen and methane), and head back to Earth orbit, where the Mars ship would be waiting.

Once carried to space by the booster, the fuel tank and original rocket would connect like 2 orcas holding hands” as the fuel is transferred. This happens again … and again … until the Mars craft has enough fuel to get to Mars in only about 3 months.

Imagine the excitement aboard the ship as Mars looms ahead. Image via SpaceX. 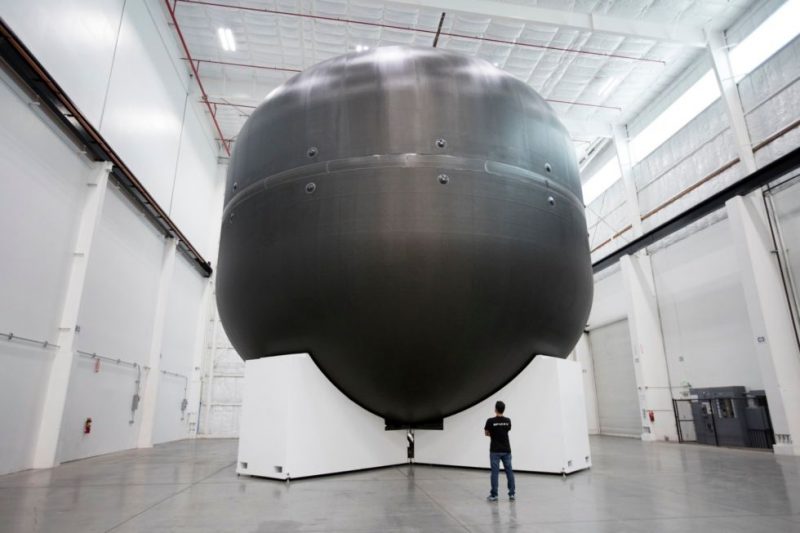 It’s not all dreams and artist’s concepts. Here’s the “big” composite tank used to contain pressurized liquid oxygen that Musk revealed on September 27. Image via arstechnica.com.

Bottom line: Elon Musk of SpaceX said on September 27, 2016 that he wants to make humans a multiplanetary species, beginning with a million people in a Mars colony by the end of this century.