Take a couple of minutes to check out this new video from NASA’s Goddard Space Flight Center, released August 14, 2020:

So you’ve somehow rigged up your spaceship to travel almost at the speed of light? … Before you fly off all willy-nilly, however, there are some important things you should probably know about approaching the speed of light. 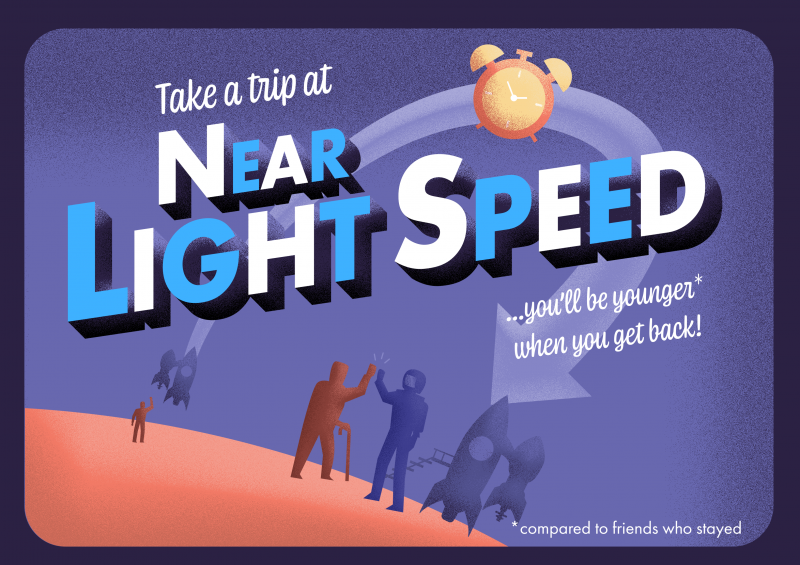 If you take a trip at near the speed of light, you won’t just feel younger when you get back. You’ll BE younger! (compared to friends who stayed behind.) See more postcards like this, from NASA.

Bottom line: New animated video from NASA on traveling near the speed of light.