Could future moon homes be made of fungi?

For future homes on the moon, Mars, and other worlds, NASA is exploring technologies that would use mushrooms to grow self-repairing, self-replicating habitats.

Instead of building future moon structures of metal and glass, NASA is exploring technologies that could grow structures out of fungi for future habitats on the moon, Mars and other worlds.

A fungus is a group of organisms, including mushrooms and molds, that produces spores and eats up organic material. NASA researchers are investigating the potential of mycelia – the nutrient-absorbing, underground threads that make up a fungus’s main bulk – to help construct outposts on the moon and Mars. These tiny threads build complex structures with extreme precision, networking out into larger structures like mushrooms. With the right conditions, say the researchers, they can be coaxed into making new structures, ranging from a material similar to leather to the building blocks for a Mars habitat. The NASA researchers call it myco-architecture. 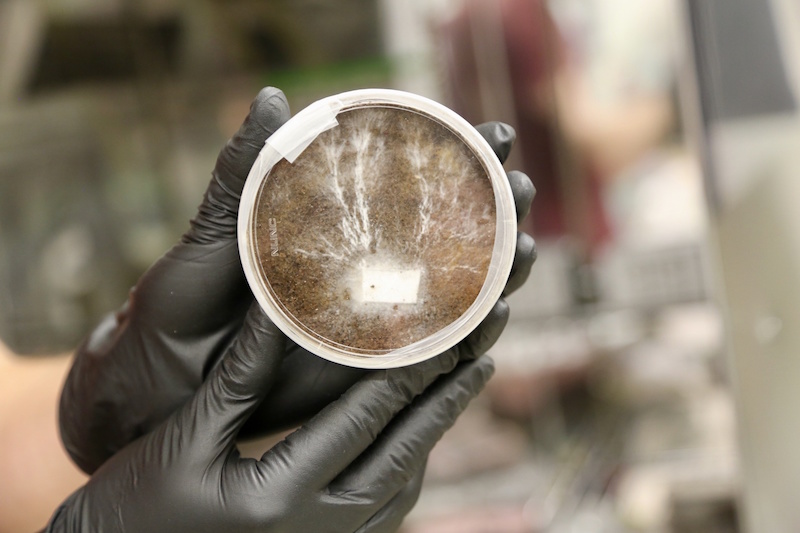 NASA astrobiologist Lynn Rothschild is the principal investigator on the early-stage project. She said in a statement:

Right now, traditional habitat designs for Mars are like a turtle – carrying our homes with us on our backs – a reliable plan, but with huge energy costs. Instead, we can harness mycelia to grow these habitats ourselves when we get there.

Ultimately, the project envisions a future where human explorers can bring a compact habitat built out of a lightweight material with dormant fungi that will last on long journeys to places like Mars. Upon arrival, by unfolding that basic structure and simply adding water, the fungi will be able to grow around that framework into a fully functional human habitat – all while being safely contained within the habitat to avoid contaminating the Martian environment.

A fungi structure would be more than just a shell, say the researchers. It would have its own ecosystem of sorts, with multiple kinds of organisms alongside the humans it’s designed to protect. NASA said:

Just like the astronauts, fungal mycelia is a lifeform that has to eat and breathe. That’s where something called cyanobacteria comes in – a kind of bacterium that can use energy from the sun to convert water and carbon dioxide into oxygen and fungus food.

This research is part of a field known as synthetic biology: the study of how we can use life itself as technology, in this case fungi. 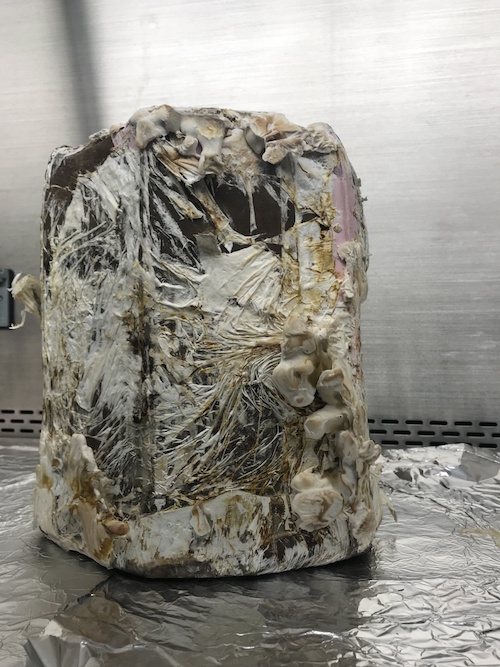 A stool constructed out of mycelia after two weeks of growth. The next step is a baking process that leads to a clean and functional piece of furniture. The myco-architecture project seeks to design not only for habitats, but for the furniture that could be grown inside them as well. Image via 2018 Stanford-Brown-RISD iGEM Team/ NASA.

The researchers say the technologies could also be used here on Earth. For example, mycelia could be used for water filtration and biomining systems that can extract minerals from wastewater, bioluminescent lighting, humidity regulation and even self-generating habitats capable of healing themselves. Rothschild said:

When we design for space, we’re free to experiment with new ideas and materials with much more freedom than we would on Earth. And after these prototypes are designed for other worlds, we can bring them back to ours. 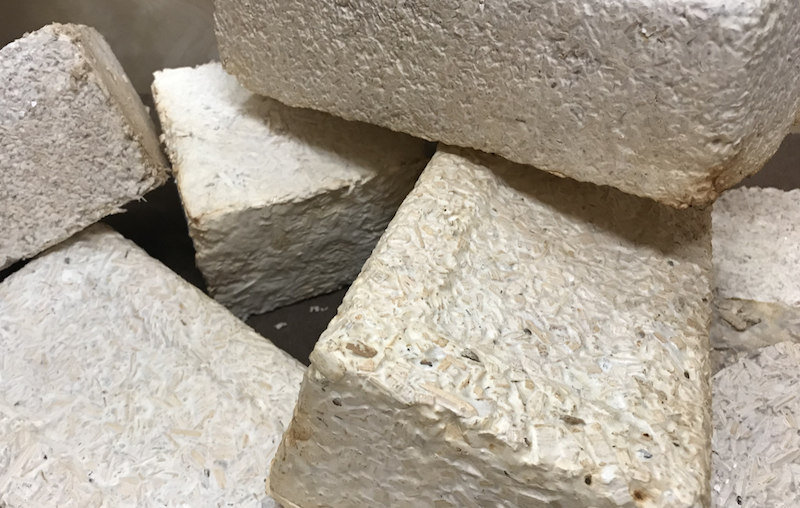 Bricks produced using mycelium, yard waste and wood chips as a part of the myco-architecture project. Similar materials could be used to build habitats on the moon or Mars. Image via 2018 Stanford-Brown-RISD iGEM Team/ NASA.

Bottom line: NASA researchers are exploring technologies to build – and grow – structures on the moon and Mars made of mushrooms.