Researchers in the U.S. and Spain have discovered a plethora of previously unknown microbes living in wet clay layers below Chile’s arid Atacama Desert. The finding will help future rovers search for life on Mars. 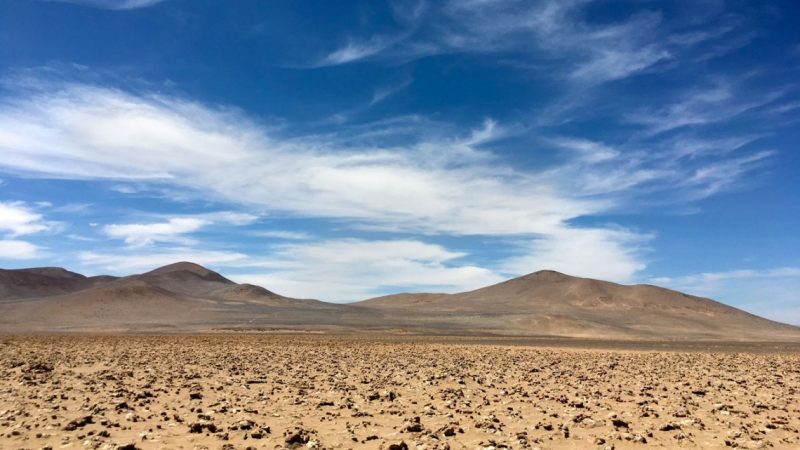 Researchers from Cornell University in the U.S. and Spain’s Centro de Astrobiología have found a diverse ecosystem of microbes living in wet clay layers beneath the arid Atacama Desert in Chile. Could life be found in similar clay layers on Mars? Image via Alberto Fairén/ Cornell Chronicle.

Mars is dry, dusty and desolate (albeit with some stunning scenery). The extremely arid landscape shares many similarities with deserts on Earth, and scientists have been studying these Earthly desert regions for years, to try to find clues to possible microbial life on Mars, either now or in the past.

Now, researchers at Cornell University and Spain’s Centro de Astrobiología have announced new findings that could have implications for subsurface microbial life on the red planet. The scientists have found microorganisms thriving in the clay-rich, shallow soil layers in the Atacama Desert in Chile. The finding suggests that microbes, either living or fossils, could be found in similar clay layers on Mars.

The intriguing peer-reviewed results were published in Scientific Reports on November 5, 2020.

Diagram of soil layers and photos of the pits dug for samples in the Atacama Desert. Image via Azua-Bustos et al./ CC BY 4.0.

Here we report a layer enriched in smectites located just 30 cm [11.8 inches] below the surface of the hyperarid core of the Atacama. We discovered the clay-rich layer to be wet (a phenomenon never observed before in this region), keeping a high and constant relative humidity of 78% (aw [water activity] 0.780), and completely isolated from the changing and extremely dry subaerial conditions characteristic of the Atacama. The smectite-rich layer is inhabited by at least 30 halophilic (salt-loving) species of metabolically active bacteria and archaea, unveiling a previously unreported habitat for microbial life under the surface of the driest place on Earth. The discovery of a diverse microbial community in smectite-rich subsurface layers in the hyperarid core of the Atacama, and the collection of biosignatures we have identified within the clays, suggest that similar shallow clay deposits on Mars may contain biosignatures easily reachable by current rovers and landers.

The surface of the soil in Atacama is extremely dry, but there is a layer of wet clay about a foot below, the researchers said. That clay is a home for microbes, protected from the harsher conditions above. 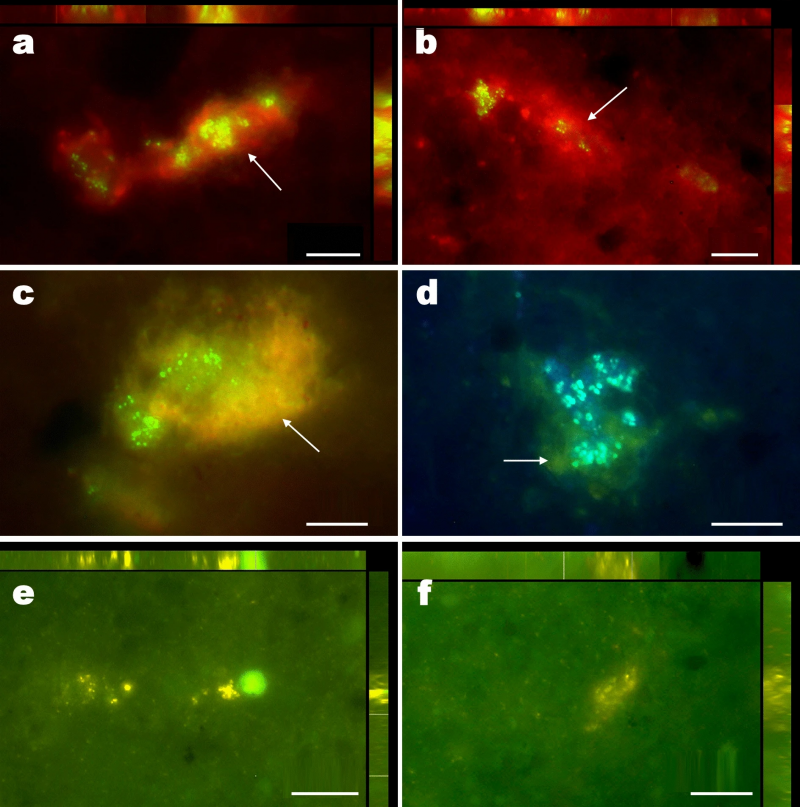 Fluorescence microscopy images of bacteria in subsurface clay samples from the pits dug in the Atacama Desert. Image via Azua-Bustos et al./ CC BY 4.0.

The clays are inhabited by microorganisms. Our discovery suggests that something similar may have occurred billions of years ago – or it still may be occurring – on Mars. If microbes still exist today, the latest possible Martian life still may be resting there.

The researchers found at least 30 previously unknown salt-loving microbial species of metabolically active bacteria and archaea (single-cell organisms). That’s pretty significant, given how arid conditions are on the surface.

If any microbes, or their remains, do exist in such shallow clay layers on Mars as well, they could be easily found by future rovers or human crewed missions. That is an exciting possibility. The conditions on Mars’ surface today are drier and colder than those in Atacama, but we do know that clays are abundant in many areas. As well as being detected by orbiting spacecraft, rovers such as Spirit and Opportunity (MER) and Curiosity have found them also, although they were not equipped to find microbes or any other kind of life. Curiosity has found various organic molecules preserved in ancient mudstones, however, which could provide important clues about possible past life.

The discovery can help scientists decide what are the best places on Mars to search for evidence of past microscopic life, using the new paper as a guide. Fairén said:

This paper helps guide the search, to inform where we should look and which instruments to use on a search for life.

Gale Crater, where Curiosity landed, also has sediments and clays from a previous large lake. What the rover has found so far is tantalizing, but since it can’t detect signs of life directly, we still don’t know if there actually were any microbes calling that lake home. But two new rovers will be able to search for possible biosignatures: NASA’s Perseverance rover landing in February 2021, and the European Space Agency’s (ESA’s) Rosalind Franklin rover, which will land in 2023. Both rovers will examine clay layers, similar to those in Atacama, just below the surface.

As Fairén noted, clays are one of the best and most likely places to search for evidence of Martian life:

That’s why clays are important. They preserve organic compounds and biomarkers extremely well and they are abundant on Mars. 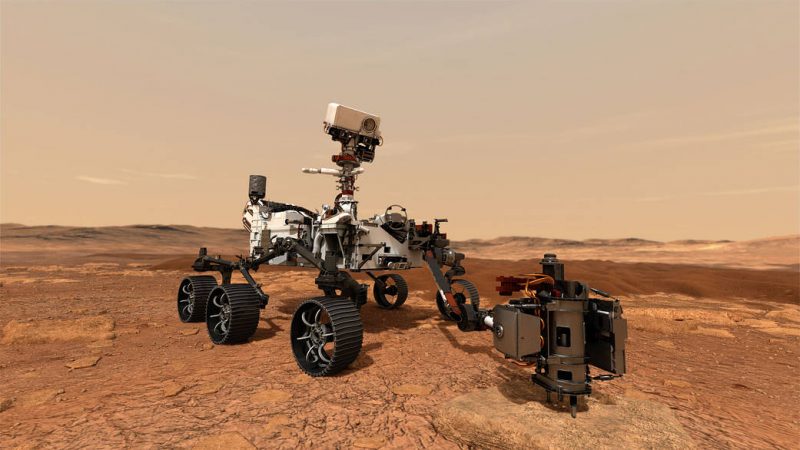 Artist’s illustration of the Perseverance rover on Mars. It will land in Jezero Crater, which contains ancient lake sediments and clays that could hold hold evidence of ancient life. Image via NASA/ JPL-Caltech.

The discovery of such a vibrant ecosystem of microbial life in one of the most inhospitable places on Earth is exciting, and provides important clues about how and where to search for life on Mars. Do Martian clays also contain evidence of past or even present life? That is still an unanswered question, but we won’t know until we look!

Source: Inhabited subsurface wet smectites in the hyperarid core of the Atacama Desert as an analog for the search for life on Mars