The course adjustment began with a 19-minute thrust, followed by more than 200 five-second bursts repeated over the course of about two hours.

NASA’s Mars Science Laboratory, carrying the Mars rover Curiosity, successfully completed its first and most dramatic trajectory adjustment this week (January 11, 2012) while en route to Mars. The first planned trajectory adjustment was deemed unnecessary in December 2011 due to the highly precise launch of the craft the previous month.

The course adjustment began with a 19-minute thrust, followed by more than 200 five-second bursts repeated over the course of about two hours.

Curiosity launched on a Centaur rocket, the upper stage of which was not cleaned as thoroughly as the rover itself. In order to avoid possible contamination from Earthly microbes, the rocket launched on a trajectory to miss Mars by 35,000 miles, with planned adjustments along the way. Yesterday’s maneuver placed the rocket’s course about 25,000 miles closer to Mars, as well as increasing its velocity by about 12.3 miles per hour—a highly precise figure, considering that it’s currently traveling at about 10,300 miles per hour relative to the Earth, and about 68,700 miles per hour relative to the sun. 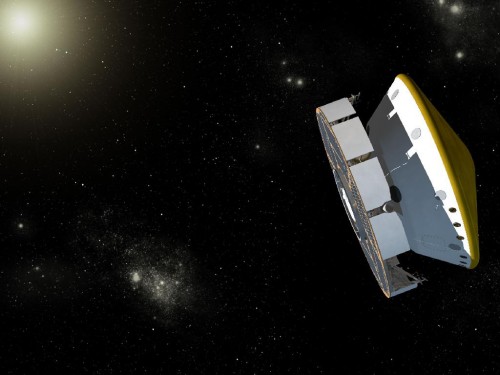 Brian Portock of NASA’s Jet Propulsion Laboratory, which manages the mission, said in a press release:

We’ve completed a big step toward our encounter with Mars. The telemetry from the spacecraft and the Doppler data show that the maneuver was completed as planned.

The rover’s been pretty pleased with itself on its journey so far, as expressed on Twitter, where it communicates with followers and answers their questions via the handle @MarsCuriosity. After the adjustment, it said:

Movin’ right along! My planned trajectory correction maneuver towards Mars is complete.

Four more minor course adjustments are planned, if needed, before the rover touches down in early August 2012. The next would take place on March 26. As of yesterday morning, Curiosity had traveled 81.2 million miles of its 352-million-mile trek.

While Mars waits for a new rover, it continues to play host to Opportunity, which is preparing for its fifth martian winter. Opportunity will spend the cool months at a spot dubbed Greeley Haven, named for late geologist Ronald Greeley, who died in 2011 and who was a member of the science team for the Mars rovers, among other interplanetary missions. 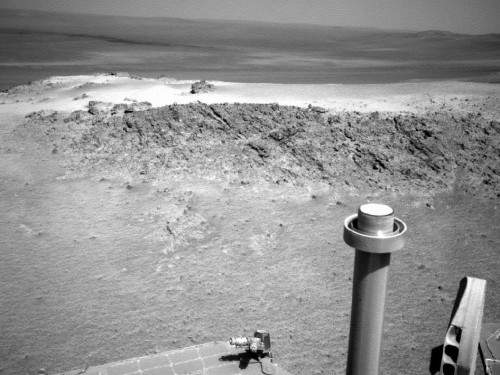 Opportunity’s solar panels have a thicker coating of dust than they did in previous winters, making it necessary for the rover to winter on a sun-facing slope. Greeley Haven’s north-facing slope gets sufficient sunlight, and so there Opportunity will stay until late March, recording a full-color panorama of the spot and performing science missions such as inspecting mineral compositions and textures—and, of course, waiting for its newest companion to arrive.

Bottom line: NASA’s Mars Science Laboratory, carrying the Mars rover Curiosity, successfully completed its first and most dramatic trajectory adjustment this week (January 11, 2012). The course adjustment began with a 19-minute thrust, followed by more than 200 five-second bursts repeated over the course of about two hours.