Asteroid 2010 WC9 will pass at about half the moon’s distance, in one of the closest approaches ever observed of an asteroid of this size. 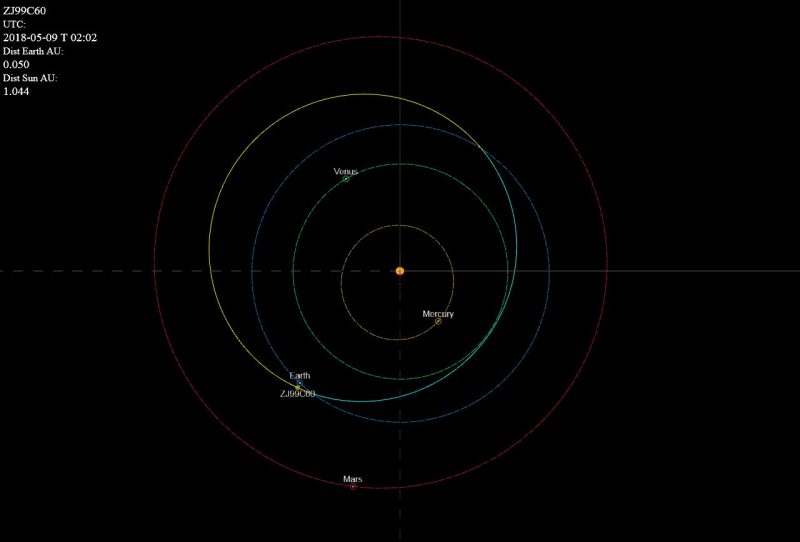 At the time of minimum distance, the asteroid will be 0.53 lunar-distances from Earth (126,419 miles or 203,453 km from Earth). According to orbit calculations made by NASA’s Jet Propulsion Laboratory, the May 15 close approach is the closest of this particular asteroid in nearly 300 years.

Is this a large asteroid? No, not by any absolute measure. But it is larger than the estimated size of the Chelyabinsk meteor, which entered Earth’s atmosphere, breaking windows in six Russian cities and causing some 1,500 people to seek medical attention, in 2013. Estimates of the Chelyabinsk meteor’s size before encountering Earth’s atmosphere center around 65 feet (20 meters).

Gianluca Masi of the Virtual Telescope Project in Rome wrote on the morning of May 15 to say his team just managed to capture an image of this asteroid, only hours from its closest approach: 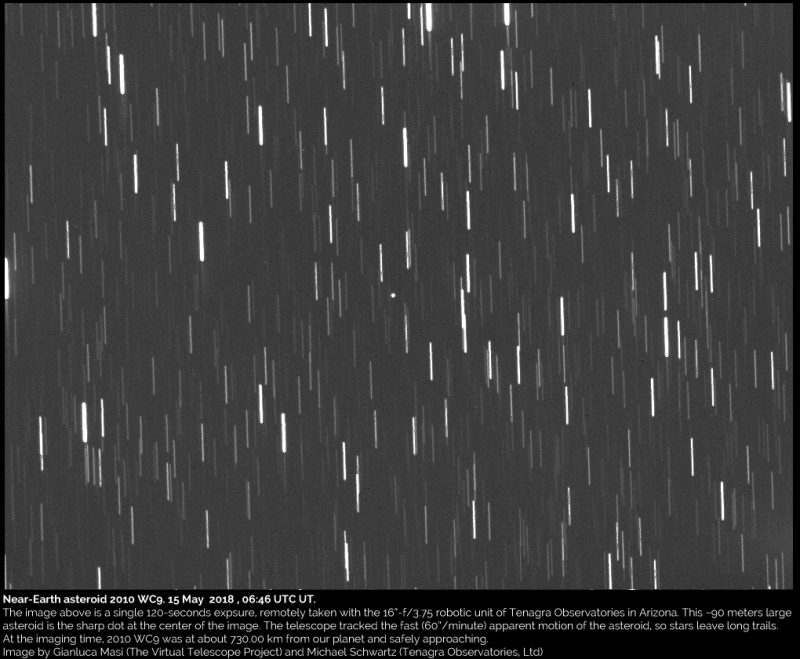 Near-Earth asteroid 2010 WC9 on the morning of May 15, 2018, as viewed from Tenagra Observatories in Arizona. Image via the Virtual Telescope Project in Rome.

Asteroid 2010 WC9 was “lost” and then found again. The Catalina Sky Survey in Arizona first detected it on November 30, 2010, and astronomers watched it until December 10, when it became too faint to see. They didn’t have enough observations to track its orbit fully and so predict its return. On May 8, 2018 – almost eight years later – astronomers discovered an asteroid and gave it the temporary designation ZJ99C60.

Then they realized it was asteroid 2010 WC9, returning.

There is no danger of a collision during the May 15, 2018 encounter.

Daniel Bamberger at Northolt Branch Observatories in London, England – which specializes in observations of near-Earth asteroids and other small solar system objects – sent along the two images below a few days ago. He wrote:

We imaged this object twice: First on May 9, when it was still known by its temporary designation ZJ99C60; then again on May 10, after it was identified as asteroid 2010 WC9, which had been a lost asteroid for eight years. 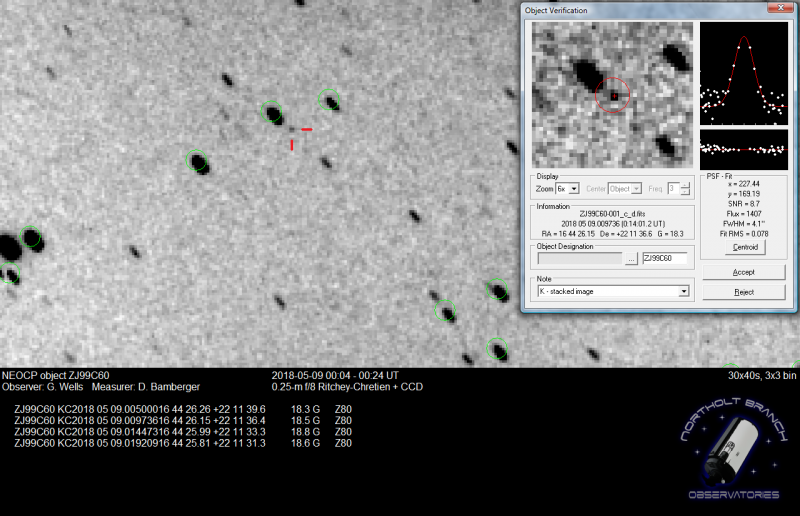 Asteroid 2010 WC9 on May 9. Image via Daniel Bamberger/Northolt Branch Observatories. 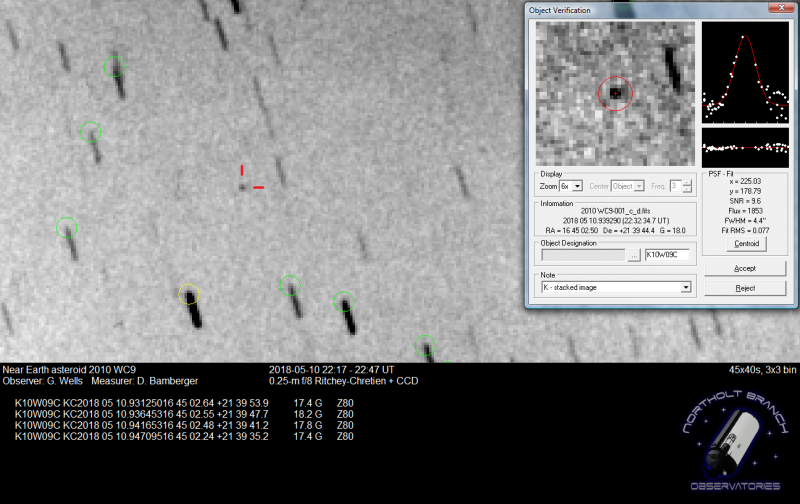 Asteroid 2010 WC9 on May 10. Image via Daniel Bamberger/Northolt Branch Observatories.

Bottom line: Asteroid 2010 WC9 will pass at about half the moon’s distance on May 15, 2018. It’s one of the closest approaches ever observed of an asteroid of this size.