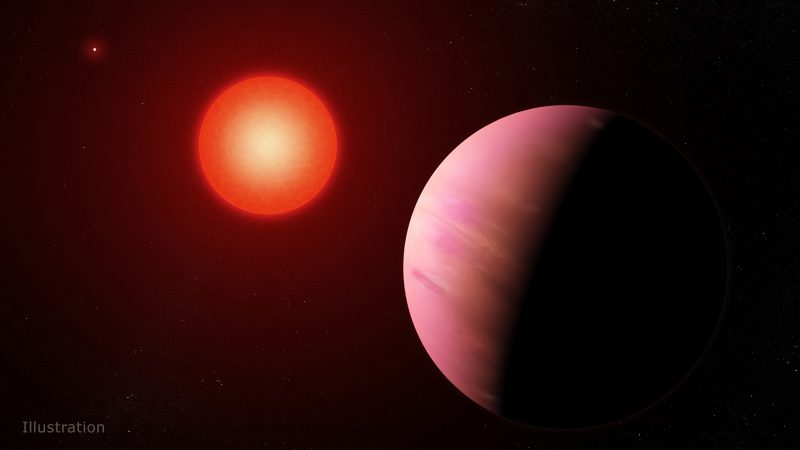 Artist’s concept of K2-288Bb, which is estimated to be about 1.9 times Earth’s size, or half the size of Neptune. Image via Goddard Space Flight Center/Francis Reddy.

NASA’s Kepler Space Telescope has ceased operations now, but there’s still a ton of data for scientists to go through in the hunt for new exoplanets. It’s not only professional scientists doing this, but also citizen scientists. And now citizen scientists have made another interesting discovery – a world roughly twice the size of Earth located within its star’s habitable zone – the region around a star where temperatures could allow liquid water on the surface of a rocky planet.

Adina Feinstein, a University of Chicago graduate student, announced the discovery last week (January 7, 2019) at the 233rd meeting of the American Astronomical Society in Seattle. The peer-reviewed paper about this finding has been accepted for publication in The Astrophysical Journal (preprint here).

This is now the third planetary system found by the citizen scientists of Zooniverse’s Exoplanet Explorers.

The discovery is a significant one, according to Feinstein:

It’s a very exciting discovery due to how it was found, its temperate orbit and because planets of this size seem to be relatively uncommon. 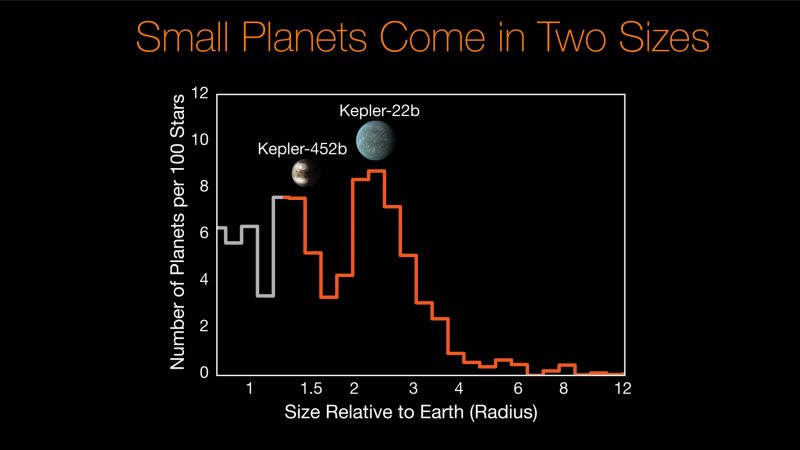 K2-288Bb is a type of planet rarely found so far, between a super-Earth (like Kepler-452b) and mini-Neptune (like Kepler-22b) in size. The dearth of planets in this size range is called the Fulton Gap. Image via NASA/Ames/Caltech/University of Hawaii (B. J. Fulton).

The new planet – K2-288Bb – may be either rocky or a gas-rich planet similar to Neptune, and is 226 light-years away in the constellation Taurus. The star system it is in consists to two dim, cool M-type stars separated by about 5.1 billion miles (8.2 billion kilometers) – about six times the distance between Saturn and the sun. The planet orbits the smaller, dimmer star – about one-third the sun’s size and mass – every 31.3 days. The larger star is about half the size and mass of the sun.

Feinstein and her team had been examining data from Kepler’s fourth observing campaign of the K2 mission when they first saw two possible planetary transits in the K2-288 system. They hadn’t seen a third transit, however, and three transits are required in order to announce that a candidate planet has been found.

So was there a planet or not? It turned out that they had been working with incomplete data, stemming from how during Kepler’s K2 mission, the spacecraft repositioned itself to point at a new patch of sky at the start of each three-month observing campaign. According to Geert Barentsen, an astrophysicist at NASA’s Ames Research Center and co-author of the new paper:

Re-orienting Kepler relative to the sun caused miniscule changes in the shape of the telescope and the temperature of the electronics, which inevitably affected Kepler’s sensitive measurements in the first days of each campaign. 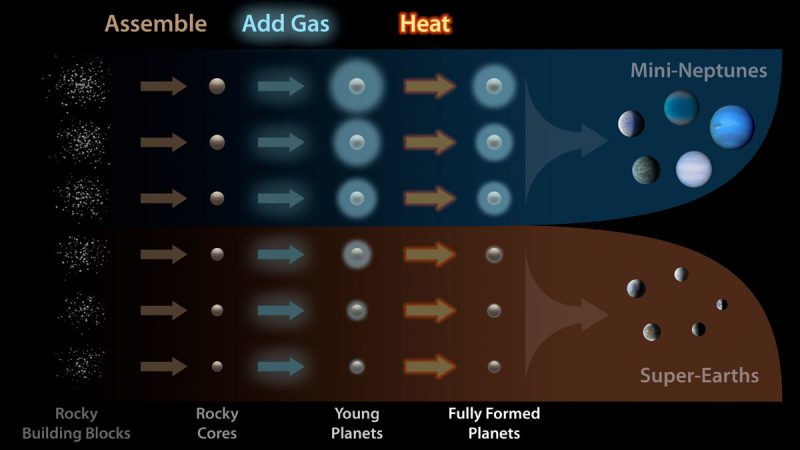 K2-288Bb is unusual because of its size. Most planets smaller than Neptune are thought to evolve into either super-Earths or mini-Neptunes. Image via NASA/Kepler/Caltech (R. Hurt).

Early versions of the software used to prepare the data for planet-finding analysis had ignored the first few days of observations – which is exactly where the third transit was. The data was corrected for those errors, but the early K2 data had still been clipped. As explained by Joshua Schlieder, an astrophysicist at NASA’s Goddard Space Flight Center and another co-author:

We eventually re-ran all data from the early campaigns through the modified software and then re-ran the planet search to get a list of candidates, but these candidates were never fully visually inspected. Inspecting, or vetting, transits with the human eye is crucial because noise and other astrophysical events can mimic transits.

So how was the third transit discovered? That’s where the citizen scientists came in.

The re-processed data were posted to Exoplanet Explorers – a Zooniverse project where the public can search Kepler’s K2 observations to look for new transiting planets. The third transit was found in May 2017. Feinstein and her team were excited about the confirmation:

That’s how we missed it – and it took the keen eyes of citizen scientists to make this extremely valuable find and point us to it. 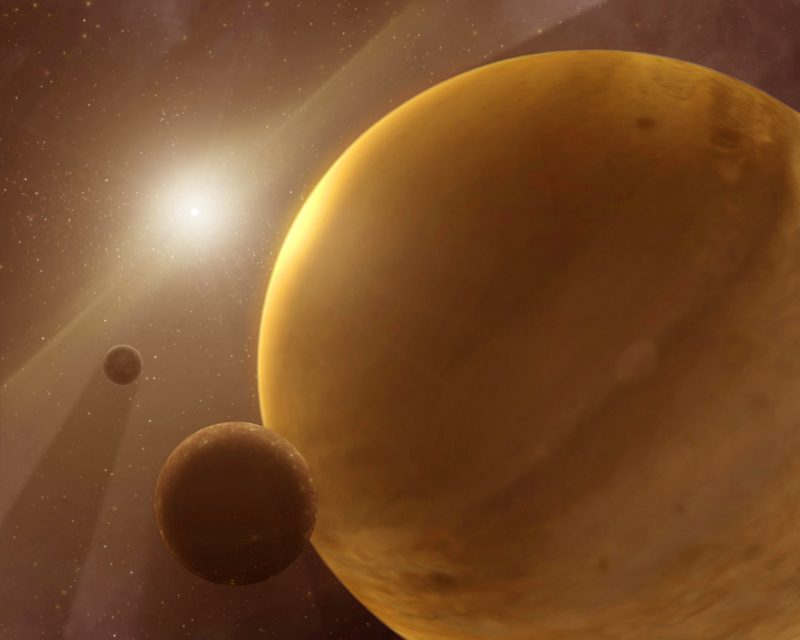 Artist’s concept of the 2 types of common planets – rocky super-Earths and gaseous mini-Neptunes. K2-288Bb is a rare planet, found between those 2 sizes. Image via NASA/JPL-Caltech.

K2-288Bb is estimated to be about 1.9 times the size of Earth and half the size of Neptune. This makes it especially interesting since it’s a type of planet that has rarely been seen before – ones that are between 1.5 and two times the size of Earth. Both rocky super-Earths and gaseous mini-Neptunes are common, but for some reason worlds that are between those in size are rare. Since K2-288Bb’s radius places it within this gap – called the Fulton Gap – it may provide a case study of planetary evolution within this size range.

Bottom line: K2-288Bb represents a class of planet which has been considered rare, which makes it of particular interest to planetary scientists since it may be a prime example of that type of planet and its evolutionary history.