On July 10, we’ll get humanity’s first up-close and personal view of the spot — a storm monitored since 1830 and possibly existing for more than 350 years. 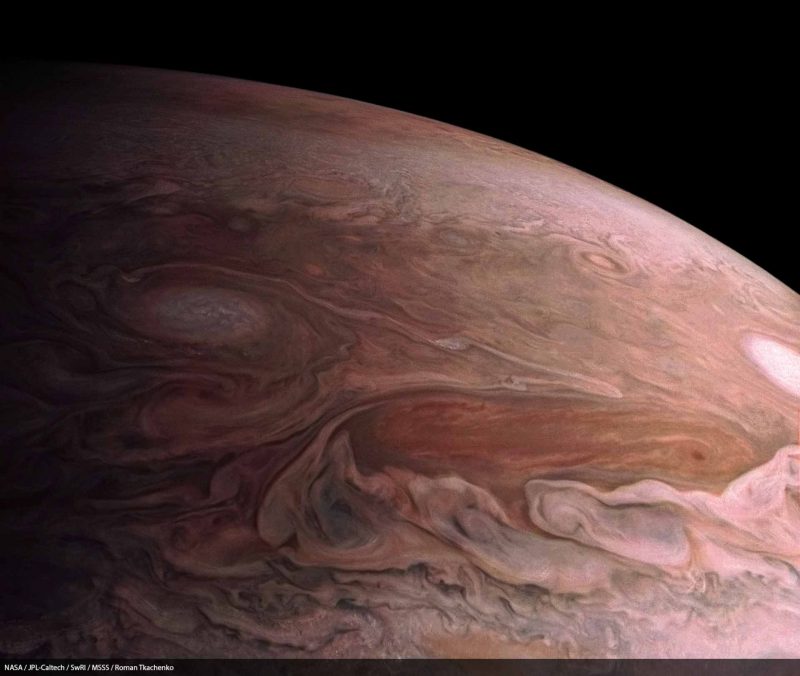 In the face of the storm … Jupiter’s red spot, imaged by Juno spacecraft on June 29, 2017 as part of Perijove 6. Image via NASA / JPL-Caltech / SwRI / MSSS / Roman Tkachenko.

NASA said the Juno spacecraft – which, as of today, has been in orbit around the giant planet Jupiter for one year – will fly directly over Jupiter’s famous Great Red Spot on July 10, 2017, probing for the Spot’s roots in the depths of the planet’s cloud layers. It’ll be part of Perijove 7, one of Juno’s periodic science flybys over Jupiter in the course of the spacecraft’s highly elliptical orbit. The Red Spot is a 10,000-mile-wide (16,000-km-wide) storm on Jupiter. It’s two to three times the size of our entire planet Earth (about 11 Earths could fit side by side in front of Jupiter itself). Scott Bolton, principal investigator of Juno from the Southwest Research Institute in San Antonio, said:

This monumental storm has raged on the solar system’s biggest planet for centuries. Now, Juno and her cloud-penetrating science instruments will dive in to see how deep the roots of this storm go, and help us understand how this giant storm works and what makes it so special. 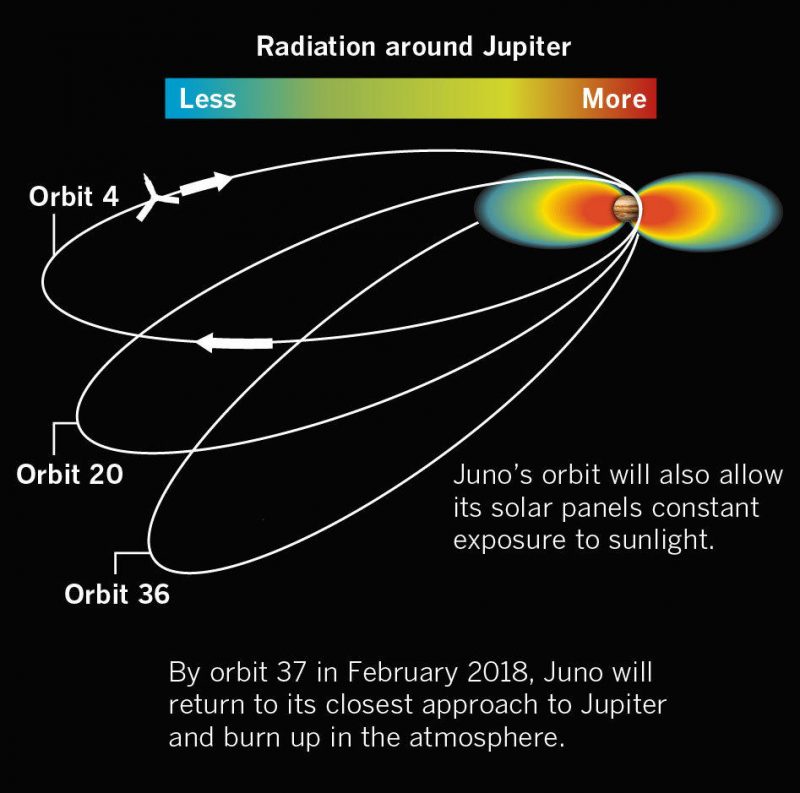 Juno’s highly ellitical orbit is designed to avoid damage from Jupiter’s hazardous radiation belts, yet bring it closer to Jupiter than any other previous spacecraft. Image via SpaceFlight101/ LATimes.

Perijove (the point at which an orbit comes closest to Jupiter’s center) will be on Monday, July 10, at 6:55 p.m. PDT (9:55 p.m. EDT). At the time of perijove, Juno will be about 2,200 miles (3,500 km) above the planet’s cloud tops. Eleven minutes and 33 seconds later, Juno will have covered another 24,713 miles (39,771 km) and will be directly above the coiling crimson cloud tops of Jupiter’s Great Red Spot. The spacecraft will pass about 5,600 miles (9,000 km) above the Giant Red Spot clouds. All eight of the spacecraft’s instruments as well as its imager, JunoCam, will be on during the flyby.

Juno launched on August 5, 2011, from Cape Canaveral, Florida. Its mission is to probe beneath Jupiter’s cloud cover and to study its auroras, with the overall goal of learning more about the planet’s origins, structure, atmosphere and magnetosphere. 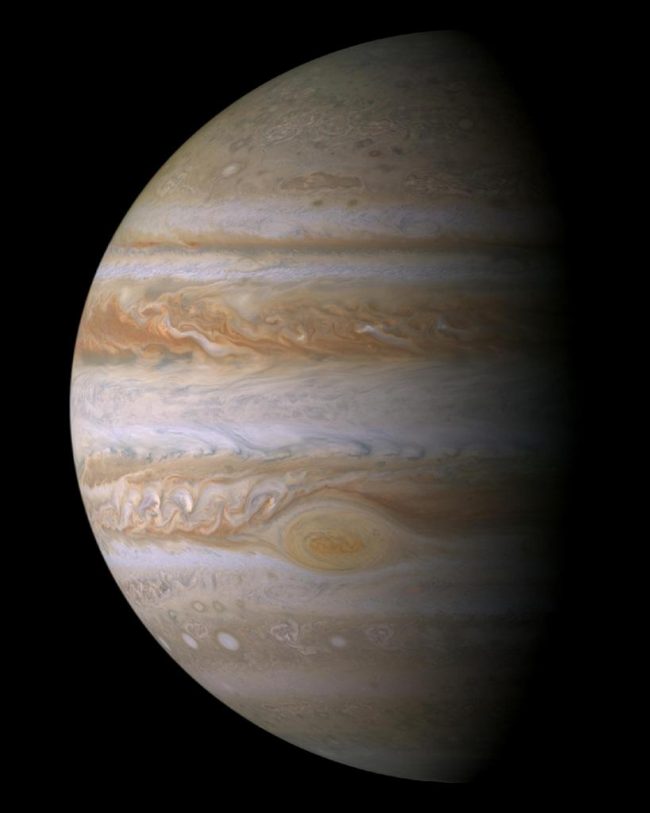 NASA’s Cassini spacecraft caught this image of Jupiter on December 29, 2000, during its closest approach to Jupiter at approximately 6.2 million miles (10 million km). At the July 10, 2017 sweep past Jupiter (perijove), Juno will be about 2,200 miles (3,500 km) above the planet’s cloud tops. Image via NASA JPL/Space Science Institute.

Bottom line: On July 10, 2017, the Juno spacecraft will make a close sweep past Jupiter’s Great Red Spot. It’ll be probing for the roots of the Red Spot in the depths of Jupiter’s cloud layers.