Listen: Is our universe a hologram?

A scientist explains one of the most mind-blowing ideas in physics in under 5 minutes.

Matthew Headrick, an assistant professor of physics at Brandeis University, works on one of the most cutting-edge theories in theoretical physics — the holographic principle. It holds that the universe is a three-dimensional image projected off a two-dimensional surface, much like a hologram emerges from a sheet of photographic film.

In this first episode of The Take: Big Ideas Explained in Under Five Minutes (listen, above), Headrick explains the holographic principle and why it excites scientists. Hendricks said:

It turns out that this idea of the holographic principle or the universe is a hologram … actually helps us to solve some of the thorniest puzzles that arise when you try to combine quantum mechanics and general relativity.

As theoretical physicists, we’re not satisfied to have two different theories. We need one, unified theory which encompasses both, and that’s a very hard problem.

There’s a step-by-step breakdown of the holographic principle here. 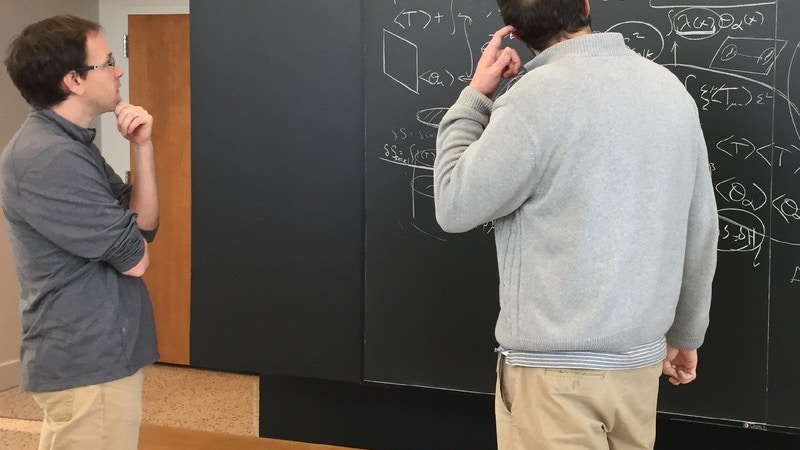 Since 2016, Headrick has served as deputy director of the It from Qubit: Quantum Fields, Gravity and Information project, an international effort by 18 scientists and their labs to determine whether the holographic principle is correct. Image via It from Qubit.

Bottom line: A scientist explains the holographic principle of the universe in a five-minute podcast.