New evidence suggests that the basic ingredients for our Earth would likely go into making distant rocky exoplanets, orbiting other stars, as well. 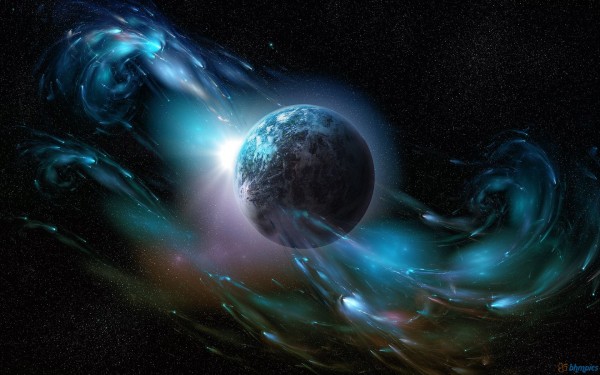 Researchers at the Harvard-Smithsonian Center for Astrophysics (CfA) have found that our solar system is not as unique as we might have thought. They have found evidence that the basic ingredients for our Earth would likely go into making distant rocky exoplanets, orbiting other stars, as well. The CfA researchers are presenting their results today (January 5, 2015) at the 225th meeting of the American Astronomical Society in Seattle, Washington.

Lead author Courtney Dressing said the key to the discovery was the HARPS-North instrument on the 3.6-meter Telescopio Nazionale Galileo in the Canary Islands. (HARPS stands for High-Accuracy Radial velocity Planet Searcher.) It is designed to accurately measure the masses of small, Earth-sized worlds. Those measurements are crucial to determine densities and therefore compositions.

The team focused on planets less than two times the diameter of Earth and had the goal of studying a few planets really well. For example, the team targeted Kepler-93b, a planet 1.5 times the size of Earth in a tight, 4.7-day orbit around its star. The mass and composition of this world were uncertain. HARPS-North nailed the mass at 4.02 times Earth, meaning that the planet has a rocky composition.

The researchers then compared all ten known exoplanets with a diameter less than 2.7 times Earth’s that had accurately measured masses. They found that the five planets with diameters smaller than 1.6 times Earth showed a tight relationship between mass and size. Moreover, Venus and Earth fit onto the same line, suggesting that all these worlds have similar rock-iron compositions.

As for the larger and more massive exoplanets, their densities proved to be significantly lower, meaning that they include a large fraction of water or other volatiles, hydrogen and/or helium. They also showed more diverse compositions rather than fitting into a single group like the smaller terrestrial worlds.

The team also noted that not all planets less than six times the mass of Earth are rocky. Some low-mass worlds with very low densities are known (such as the planets in the Kepler-11 system). But for typical close-in small planets, the chances are high that they share an Earth-like composition. Dressing commented:

To find a truly Earth-like world, we should focus on planets less than 1.6 times the size of Earth, because those are the rocky worlds.

The team also gave the following recipe for making one small model planet:

Blend well in a large bowl, shape into a round ball with your hands and place it neatly in a habitable zone area around a young star. Do not over mix. Heat until mixture becomes a white hot glowing ball. Bake for a few million years. Cool until color changes from white to yellow to red and a golden-brown crust forms. It should not give off light anymore. Season with a dash of water and organic compounds. It will shrink a bit as steam escapes and clouds and oceans form. Stand back and wait a few more million years to see what happens. If you are lucky, a thin frosting of life may appear on the surface of your new world.

Bottom line: Researchers from the Harvard-Smithsonian Center for Astrophysics have new evidence suggesting that the basic ingredients for our Earth would likely go into making distant rocky exoplanets, orbiting other stars, as well.