For weeks, people have searched for this post more than any other at EarthSky. No, there won’t be a green moon on April 20, 2018. It’s a joke, y’all, with its roots (ahem) in cannabis culture. :-) 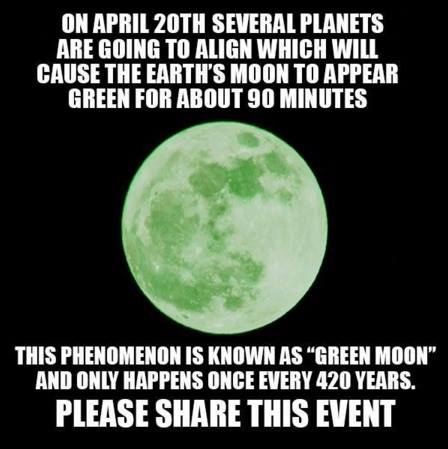 Is this for real? Of course not! It’s just a silly gag, making the rounds on social media. 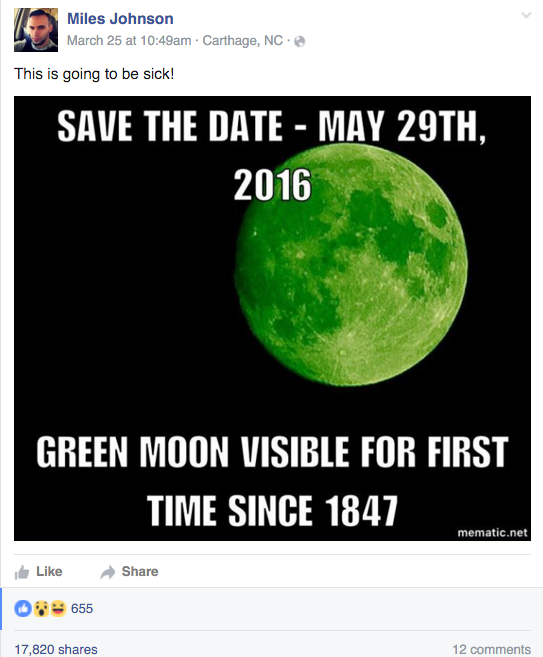