The birth throes of high-mass stars have been shrouded in mystery. While penetrating the mystery, astronomers working in Chile discovered a vast cosmic hourglass. 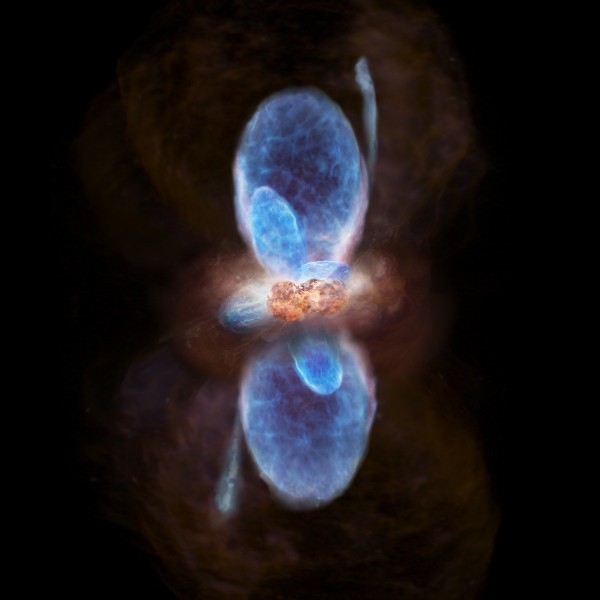 New observations from Chile with the Atacama Large Millimeter/submillimeter Array – aka ALMA, which, by the way, is Spanish for soul and Arabic for learned or knowledgeable – have revealed multiple (at least two) gas outflows from a newly forming superstar (or maybe two superstars). The researchers have found what they say is a vivid hourglass structure, created by the gas flowing outward from the star-forming region. Such a detailed observation of this region of space is step forward for astronomers, who knew this region previously as a source of infrared radiation – discovered decades ago by the IRAS satellite and known as IRAS 16547-4247. The region is about 9,500 light-years away from Earth in the direction of the constellation Scorpius. It’s exciting because these are very detailed observations of a region where high-mass stars are forming. In the past, the birth throes of high-mass stars have mostly been shrouded in mystery.

We know that stars vary widely in mass, but the study of the formation of high-mass stars has been difficult, partly because these stars are extravagant spenders of the internal nuclear fuel that enables stars to shine. Thus, they don’t live very long, and so there are fewer high-mass stars near us in space. Even the closest known region of high-mass star formation is 1,500 light-years away, in the Orion Nebula.

What’s more, according to a statement from ALMA this week, it’s thought that high-mass stars are born in clusters with multiple stars forming together. So you can imagine high-mass star birth going on in distant and complex regions, shrouded with the gas and dust from which new stars are made.

Located in the Atacama desert of northern Chile, ALMA is relatively new telescope, whose scientific observations began in 2011. These astronomers noted:

… ALMA is the most desirable telescope for this purpose as being capable of observing gas and dust, [the] ingredients of stars, at high sensitivity and high resolution. 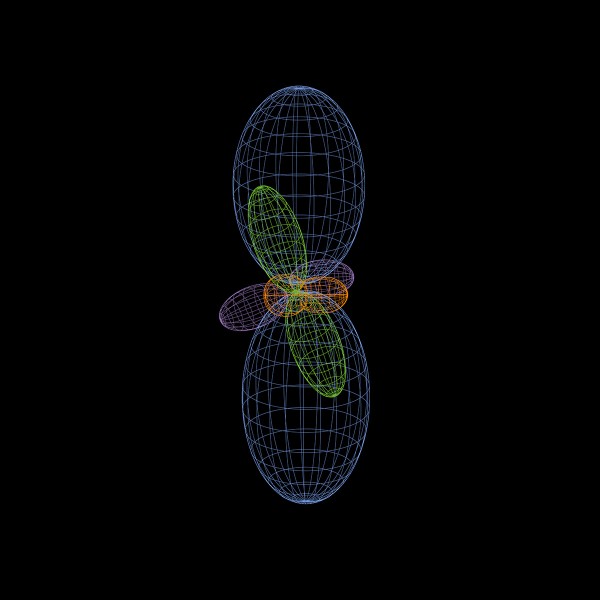 A mesh 3D model of gas distribution in IRAS 16547-4247. The orange-colored, peanut-hull-like structure at the center represents the high-density gas cloud observed with ALMA; the blue-colored, big rugby-ball-like structure stretching out in the vertical direction represents the big outflow observed in past observations; and the lime-green-colored and purple-colored structures represent the outflows discovered with ALMA.

Aya Higuchi of Ibaraki University in Japan led the research team that made the observations of IRAS 16547-4247. Their statement explained:

Past radio observations of molecular carbon monoxide (CO) in this region revealed a pair of outflows, which was thought to be emitted from a young star, and some other radio sources have been found in addition to a bright object at the center.

Even though many of the astronomers assumed that this would be a fertile high-mass star forming region, we couldn’t probe the kinematics of gas around high-mass protostars at the level of resolution provided by existing telescopes.

To study the structure and movement of gas around IRAS 16547-4247, this research group observed molecular line emission of dust, CO, and methanol (CH3OH).

From the observation results of dust, it was first found that the center of the region contains two high-density compact gas clouds with masses 10 to 20 times solar masses. The researchers said:

It’s thought that these gas clouds are surrounding a newly forming high-mass star[s] like a cocoon.

And the observation results of CO indicates that the outflows which looked like a blurred object extending in the north-south direction was actually two pairs of outflows aligned with the north-south and east-west direction respectively.

… As it is assumed that one protostar is able to produce only a pair of outflows, these results suggests that multiple stars are being formed simultaneously in this region. 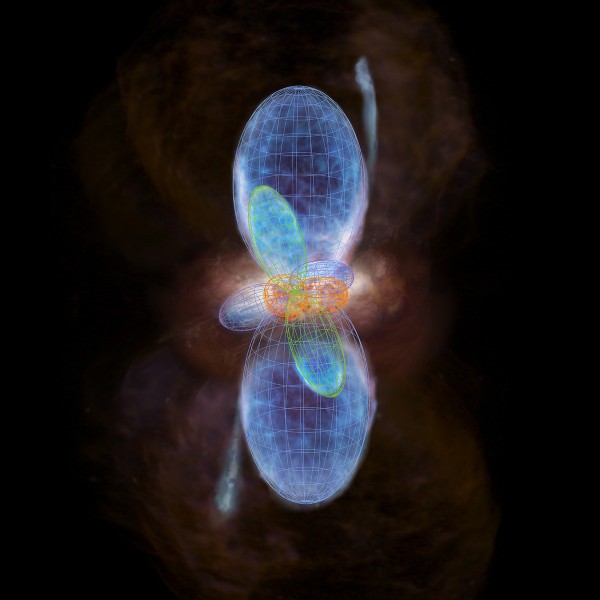 An artist’s concept of the distribution of the ambient gas around IRAS 16547-4247. The central high-density gas cloud is thought to contain multiple high-density protostars. Two outflows of gas spurt from the central part in the vertical and horizontal directions respectively while pushing the ambient gas away, which makes a balloon-like structure. A pair of narrow jets is the one that was found in past observations. Image via Alma Observatory

Bottom line: The study of the formation a high-mass stars has been difficult to study, but astronomers using the ALMA telescope in Chile have now identified and traced an hourglass shape in a region where high-mass stars are forming.