This giant exoplanet shouldn’t exist, but it does

As the number of newly discovered exoplanets – planets orbiting distant suns – continues to rise, so do unexpected surprises. Scientists say that giant exoplanet GJ 3512b shouldn’t even exist around its tiny star, but it does. 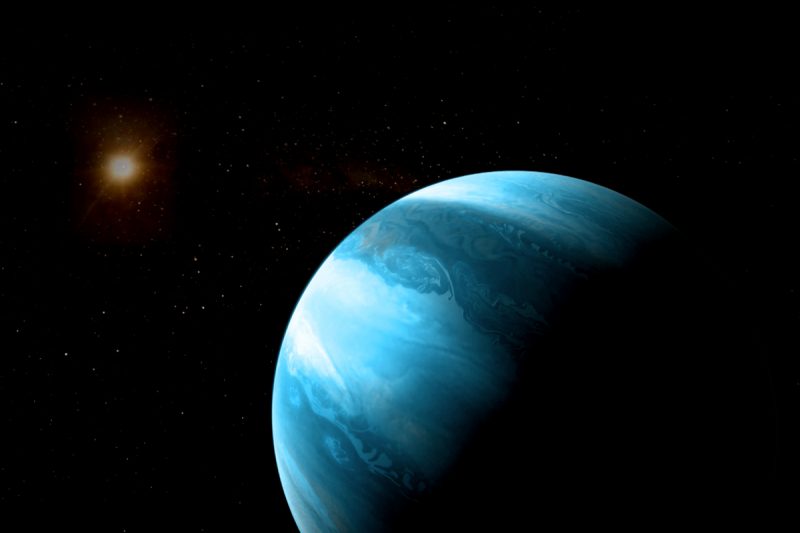 Scientists have learned a lot in the past few decades about how planets form, but there is still much left to be figured out. Unexpected discoveries can sometimes make that more difficult, but also that much more interesting, of course. Now, another one of those discoveries has been made, an exoplanet 30 light-years away that – according to current theoretical models – shouldn’t exist, but does. An observatory in Spain discovered the planet, called GJ 3512b, and now researchers at the University of Bern in Switzerland are trying to solve the mystery.

The intriguing peer-reviewed results were published in Science on September 27, 2019.

This planet – GJ 3512b – was discovered by a Spanish-German research consortium called CARMENES using a telescope at Calar Alto Observatory in southern Spain. A major goal of CARMENES is to find planets orbiting the smallest stars, using an infrared spectrograph. 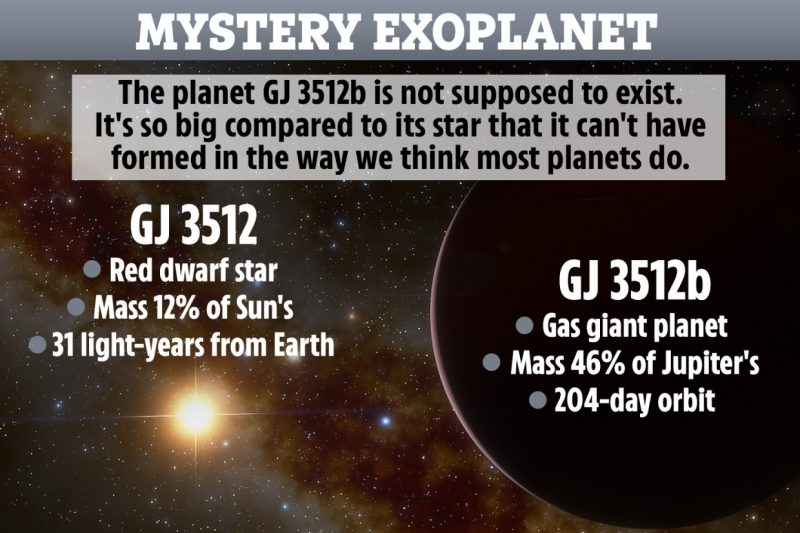 Artist’s concept via The Sun.

The puzzle here is that the planet is too big for its star, GJ 3512, according to the conventional understanding of modern-day astronomers. The star itself is a dwarf star, only about a tenth the mass of our sun. But this tiny star is orbited by a giant planet, half the mass of our solar system’s largest planet Jupiter. That shouldn’t be possible, scientists thought. As Christoph Mordasini, a professor at the University of Bern, explained:

Around such stars there should only be planets the size of the Earth or somewhat more massive super-Earths. GJ 3512b, however, is a giant planet with a mass about half as big as the one of Jupiter, and thus at least one order of magnitude more massive than the planets predicted by theoretical models for such small stars.

Our model of the formation and evolution of planets predicts that around small stars a large number of small planets will be formed. Our model predicts that there should be no giant planets around such stars. 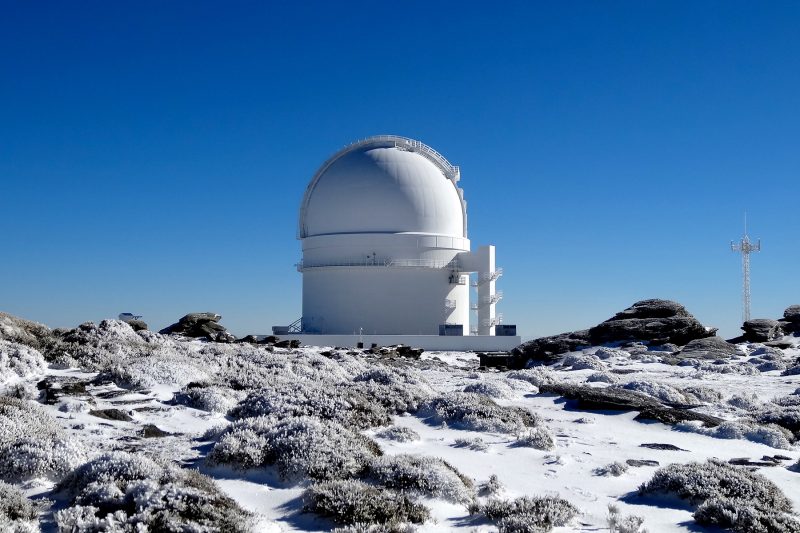 The exoplanet GJ 3512b was discovered by the CARMENES consortium with an instrument installed at the Calar Alto Observatory in southern Spain. Image via Pedro Amado/Marco Azzaro-IAA/CSIC/University of Bern.

Mordasini is one of the leading experts in the theory of planet formation, and CARMENES reached out to him about their unusual discovery.

So how to explain this?

The current model of planet formation – core accretion – says that planets form “from the bottom up,” starting off small and gradually accreting material to grow larger. But maybe that’s not the case with GJ 3512b. Maybe it formed by gravitational collapse. According to Mordasini:

A part of the gas disk in which the planets are formed collapses directly under its own gravitational force. A top-down process.

But there are problems with that idea, he said:

Why hasn’t the planet continued to grow and migrate closer to the star in this case? You would expect both if the gas disk had enough mass to become unstable under its gravity. The planet GJ 3512b is therefore an important discovery that should improve our understanding of how planets form around such stars. 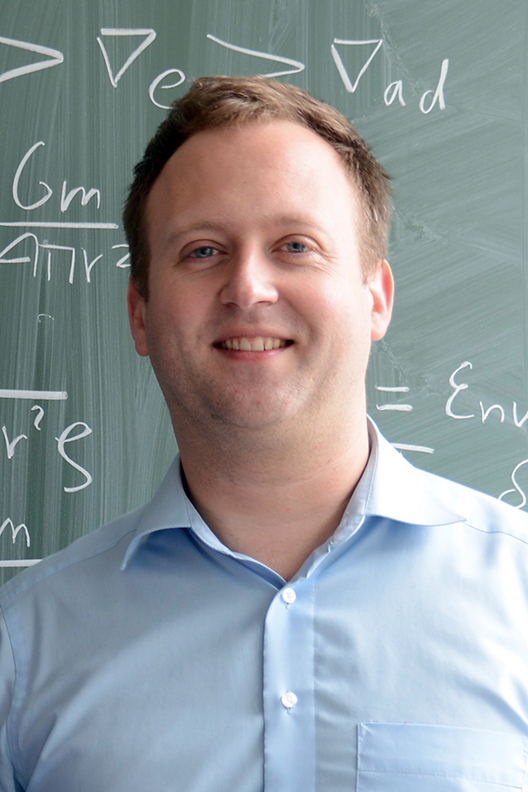 Giant exoplanets similar to Jupiter or Saturn have been discovered orbiting many stars now and are apparently common, at least in our own galaxy. Understanding how they form – around both larger and smaller stars – will help scientists better understand how planets form overall. The discovery of GJ 3512b shows, again, that we should also expect the unexpected, that the universe is full of surprises. When scientists find something that shouldn’t be able to exist – but does – that is an exciting moment in science.

Bottom line: Astronomers have discovered a giant exoplanet that current planet formation theory says shouldn’t be able to exist – but it does.