Snowball planets are rocky worlds with frozen oceans. They were thought to be lifeless. But a new study suggests some might have land areas near their equators warm and wet enough to support life.

Artist’s concept of a snowball planet, with its surface completely or almost completely covered in ice. Image via NASA/AGU/GeoSpace.

When it comes to searching for life outside the solar system – at least life as we know it – the focus tends to be on exoplanets that are neither too hot or too cold. Rocky planets in their star’s habitable zone have the best chance of having water on their surfaces. Until now, it’s been thought that similar worlds covered in ice would likely be too cold for life. But now new research suggests that might not always be the case, and that some of those planets could have habitable land areas.

The new peer-reviewed findings were published in the Journal of Geophysical Research Planets on July 18, 2019.

The study focuses on snowball planets – rocky planets like Earth with their oceans frozen – that scientists had thought were probably too cold for life. Such worlds would have no liquid water on their surfaces, just ice, and little to no land areas.

But the new research finds that the situation might not always be so dire after all, as Adiv Paradise, an astronomer and physicist at the University of Toronto, stated:

You have these planets that traditionally you might consider not habitable and this suggests that maybe they can be. 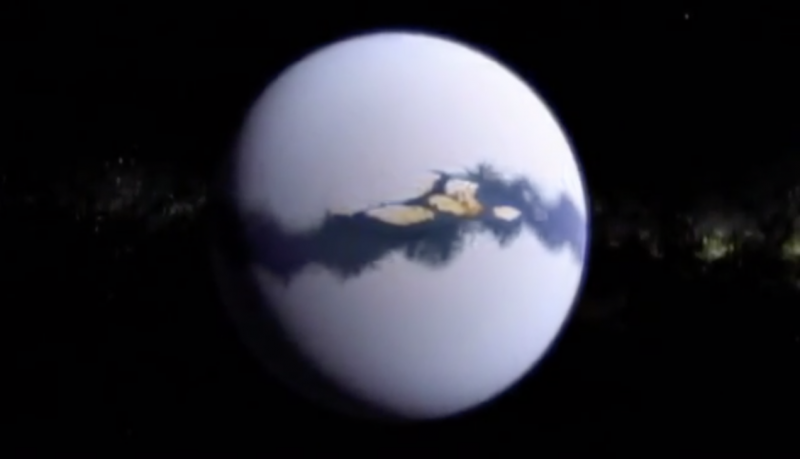 According to the new study, some snowball planets could still have land areas and water around their equators. Image via Gfycat.

The findings suggest that some snowball planets could still have land areas near their equators, with temperatures in those regions warm enough to make them more habitable. The researchers used a computer program to simulate different climate variables, accounting for conditions like the amount of sunlight available and configuration of the land areas.

According to these scientists, one of the key variables is carbon dioxide. As we know from climate change studies, carbon dioxide is great at trapping heat in a planet’s atmosphere. When there’s enough of it, a planet can remain warm enough for liquid water. But if there’s too little of this gas, a planet will freeze. Mars is a good example; its atmosphere is primarily composed of carbon dioxide, but the atmosphere itself is too thin to retain much heat. So now the planet is cold and dry.

Snowball planets are thought to form when the level of carbon dioxide in their atmospheres drops too low due to rainfall and erosion. The water from rainfall absorbs the carbon dioxide, converting it to carbonic acid. That acid reacts with rocks, breaking down the carbonic acid even further. It then binds with minerals, which are carried to the oceans and stored in the seafloors. 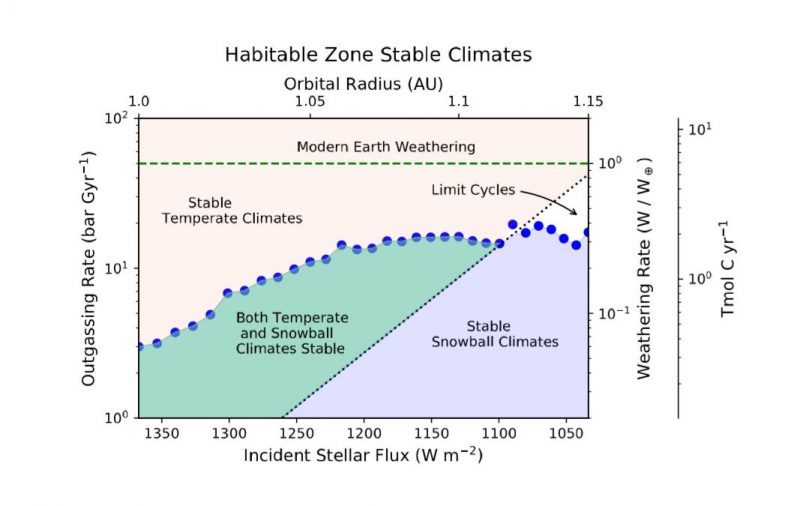 When all or most of the carbon dioxide is removed from the atmosphere, the planet will freeze, turning into a snowball planet. These planets would now be utterly cold and barren on their surfaces, not the best places for life to evolve.

But if the new study is correct, there is some good news.

Scientists had thought that the removal of carbon dioxide stopped during the snowball phase, since all the surface water would be frozen. However, the findings indicate that some snowball planets will continue to lose carbon dioxide after they have frozen. Why is that good? It means that those planets would need to still have some non-frozen ground and occasional rainfall for water to continue to remove carbon dioxide from the atmosphere.

Another question is if a planet becomes a snowball planet, does it always remain that way? Or can it change again? Scientists have theorized that usually a planet would eventually exit the snowball phase, if additional carbon dioxide was released through volcanoes. Earth itself is thought to have has gone through its own snowball planet phases.

That might not always be true either, however, according to the new study. Under certain conditions, a planet might become stuck in a snowball planet state. If enough carbon dioxide continued to be removed from the atmosphere through weathering, that could balance out the carbon dioxide emitted by volcanoes. As a result, the planet would never fully thaw out again.

Scientists think that Earth itself has gone through at least one to three snowball planet phases during its existence. This artist’s concept depicts it 720 million years ago. Image via Mikkel Juul Jensen/Spl/Cosmos/CNRS News.

A major implication of these findings is that the line between what we think of as a habitable planet and a non-habitable planet may be a lot less clear than once thought. As Paradise noted:

What we find is actually that line is a bit fuzzy.

There’s also another possibility to consider. What if a planet had an ocean frozen on the surface but still liquid below? There aren’t any planets like that in our solar system, but there are moons. Europa and Enceladus in particular, that have global oceans covered by a crust of ice. The more we learn about them, the more it seems that they are indeed capable of supporting life. Both oceans appear to be similar to Earth’s oceans in composition, and have enough heat, energy and chemical nutrients. We don’t know yet if there actually is any life in either place, but the prospects are promising.

We don’t know how many snowball planets are out there, but we do already know that rocky planets the size of Earth and larger appear to be common in our galaxy, based on findings from the Kepler Space Telescope and other telescopes. That in itself is promising in the search for life elsewhere. And now the results of this new study show how that, even if some of these planets are very cold, they could still be potentially habitable.