Keep track of where NASA’s Mars 2020 Perseverance is on its journey through space toward its February 18, 2021, landing on Mars. This web app shows you where spacecraft is right now. 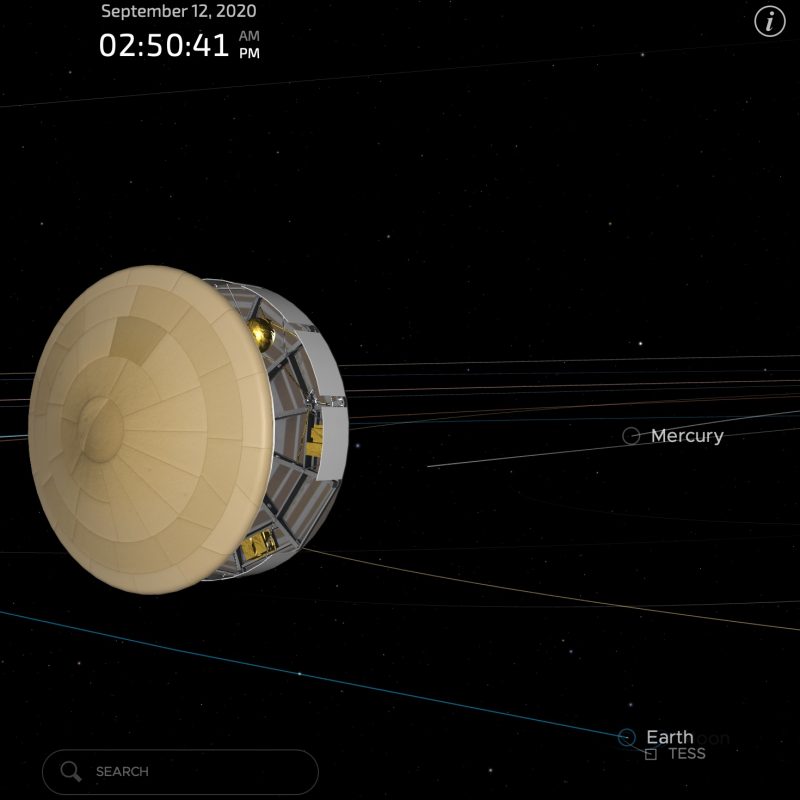 Follow the 2020 Mars mission in real time here. Fully interactive, Eyes on the Solar System lets you track Perseverance in real time as it travels to Mars. Give Perseverance a spin, or use controls on pop-up menus to customize just what you see, from faraway to right “on board.” Image via NASA/ JPL-Caltech.

The last time we saw the Mars 2020 Perseverance rover mission was on July 30, 2020, as it blasted off into space on a trajectory for Mars. Where is it right now? With NASA’s Eyes on the Solar System, you can follow in real time as the newest Mars rover – and the Ingenuity Mars Helicopter traveling with it – treks millions of miles over the next six months towards its February 18, 2021, landing on Mars’ Jezero Crater.

Fernando Abilleira is the Mars 2020 mission design and navigation manager. Abilleira said in a statement:

Eyes on the Solar System visualizes the same trajectory data that the navigation team uses to plot Perseverance’s course to Mars. If you want to follow along with us on our journey, that’s the place to be.

The Mars 2020 mission will seek signs of ancient life on Mars by studying the planet’s terrain that once held flowing rivers and lakes. The rover, named Perseverance, will also carry the Mars Helicopter, the first rotary aircraft to be tested on a planet beyond Earth.

Bottom line: This app shows you where NASA’s Mars 2020 Perseverance is right now, as the spacecraft is heading through space toward its February 18, 2021, landing on Mars.