It was a picture-perfect launch this morning for the Mars 2020 Perseverance rover, with good weather and no major hitches. The rover lifted off on a United Launch Alliance Atlas V rocket from Cape Canaveral Air Force Station in Florida. 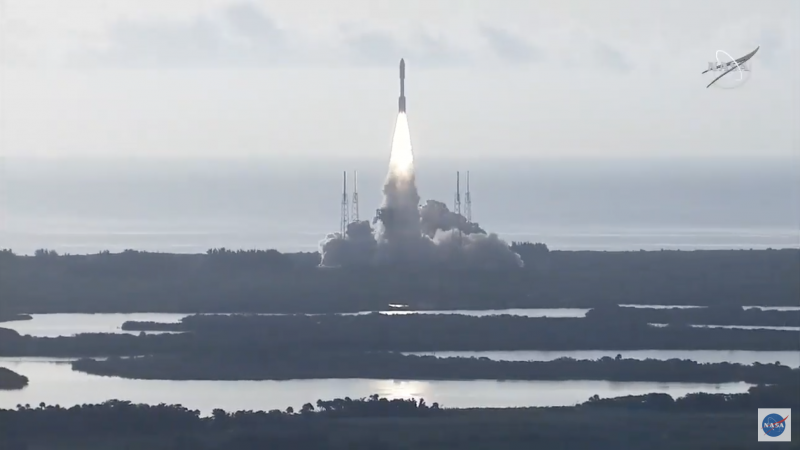 UPDATE: The Mars 2020 Perseverance rover launched successfully at 7:50 a.m. EDT (11:50 UTC) from Florida. Separation of the spacecraft for the journey to Mars will come about an hour after launch, and NASA TV will continue to cover the action. Perseverance will land in Jezero Crater on the red planet on February 18, 2021. Its mission is to search for signs of habitable conditions on Mars in the ancient past and for signs of past microbial life itself. Go to NASA TV.

Asked what the @NASAPersevere Launch was like @Dr_ThomasZ said "Its like punching a hole in the sky .. we are wading out into the cosmic ocean". #countdowntomars #Mars #Astrobiology pic.twitter.com/S5mchjWpWX

NASA is targeting 11:50 UTC (7:50 a.m. EDT) on Thursday, July 30, 2020, for the launch of its Mars 2020 Perseverance rover on a United Launch Alliance Atlas V rocket from Cape Canaveral Air Force Station in Florida. The launch window is approximately two hours, with a launch opportunity every five minutes. Translate UTC to your time.

Live launch coverage will begin at 11:00 UTC (7 a.m. EDT). See it at NASA TV or NASA Live. The launch date could change, depending on weather and technical factors. It was previously delayed from earlier in the month because of technical issues.

How to livestream the launch

Perseverance will land in Jezero Crater on the red planet on February 18, 2021. Scientists say arid Jezero Crater, about 30 miles (48 km) wide, was a liquid water lake around 3.5 billion years ago. That makes it a good spot to search for signs of habitable conditions on Mars in the ancient past and for signs of past microbial life itself.

Getting the Perseverance Mars Rover to the launch pad

On July 22, NASA announced that the mission had passed its flight readiness review, which includes a preparedeness assessment of the spacecraft, rocket, procedures and personnel. 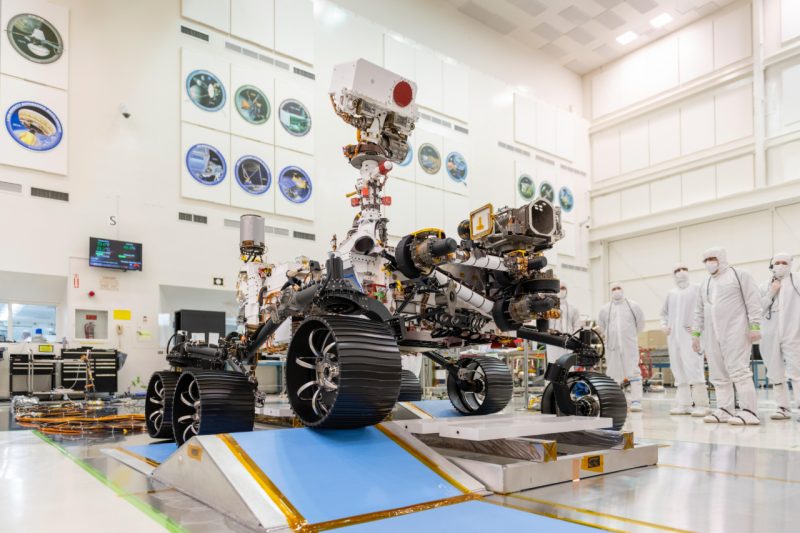 About the size of a car, Perseverance weighs just under 2,300 pounds (1,043 kilograms), with dimensions similar to the Curiosity rover. The mission will carry seven different scientific instruments. According to a NASA statement:

The mission – designed to better understand the geology and climate of Mars and seek signs of ancient life on the red planet – will use the robotic scientist to collect and store a set of rock and soil samples that could be returned to Earth by future Mars sample return missions. It also will test new technologies to benefit future robotic and human exploration of Mars.

Perseverance will also ferry a separate technology experiment to the surface of Mars — a helicopter weighing less that 4 pounds, named Ingenuity – the first aircraft to fly on another planet. 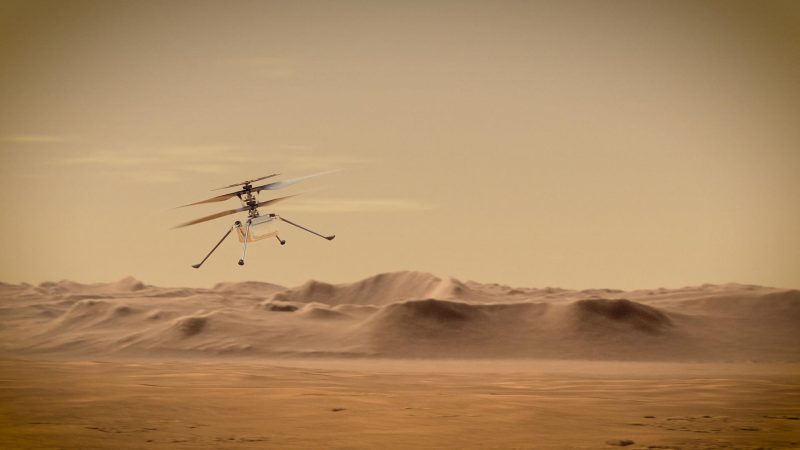 Mars 2020 Perseverance is part of America’s larger moon-to-Mars exploration approach that includes missions to the moon as a way to prepare for human exploration of the red planet. Charged with sending the first woman and next man to the moon by 2024, NASA plans to establish a sustained human presence on and around the moon by 2028 through NASA’s Artemis program. 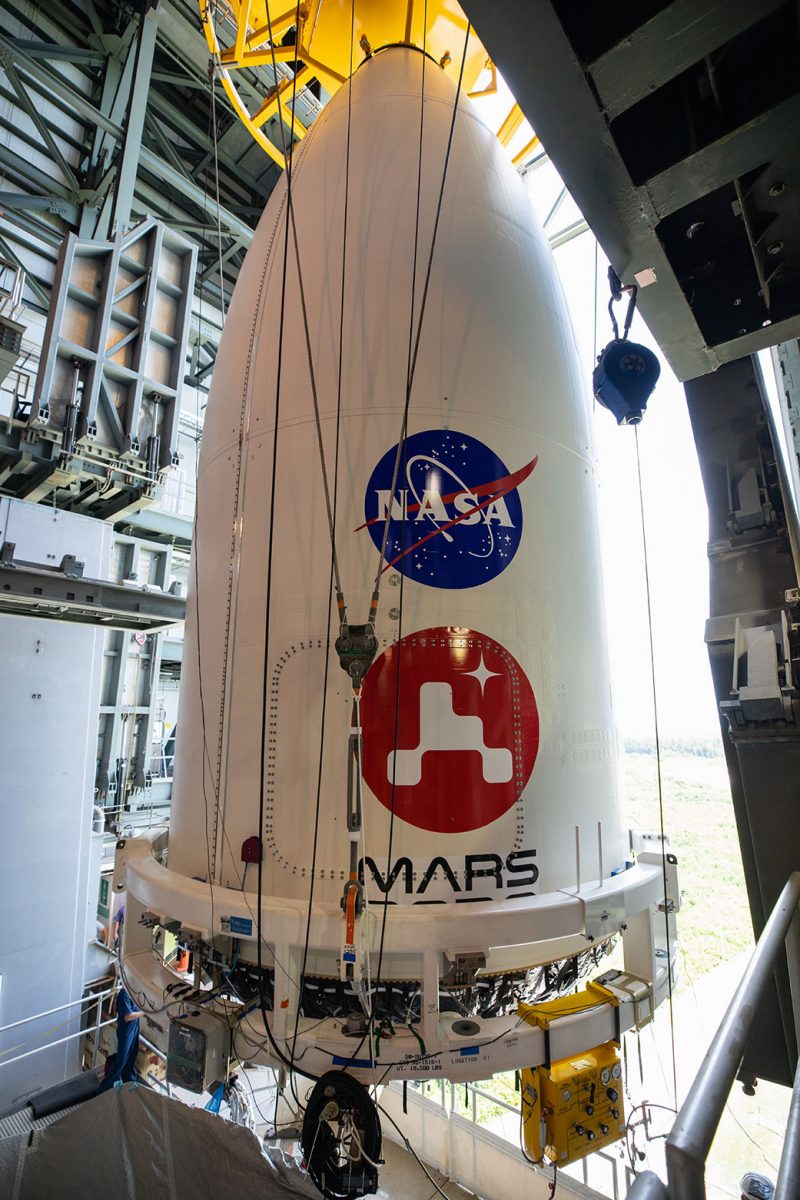