The goal of the mission is to find out how the human body responds to a prolonged stay in space. Watch the launch, watch the arrival. 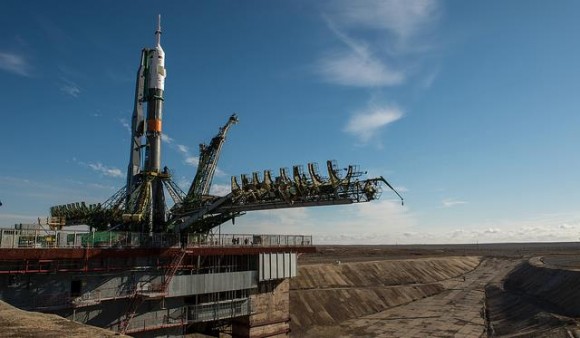 NASA TVwill provide coverage of both the launch and the crew’s arrival to the orbital laboratory. NASA TV coverage will begin at 2:30 p.m. EDT March 27, with launch scheduled for 3:42 p.m. The trio will ride to space in a Soyuz spacecraft, which will rendezvous with the space station and dock after four orbits of Earth. Docking to the space station’s Poisk module will take place at 9:36 p.m. Friday. NASA TV coverage of docking will begin at 8:45 p.m.

Hatches between the Soyuz and the station will be opened at approximately 11:15 p.m., at which time Expedition 43 Commander Terry Virts of NASA and his crewmates, Anton Shkaplerov of Roscosmos and Samantha Cristoforetti of ESA (European Space Agency), will greet Kelly, Kornienko and Padalka. Hatch opening coverage begins on NASA TV at 10:45 p.m. Watch here.

The mission’s goal is to better understand how the human body reacts and adapts to the harsh environment of space. Data from the expedition will be used to determine how to reduce the risks on future long-duration missions to an asteroid, for example, or Mars.

Data and samples will be collected throughout the year from a series of studies involving Scott and his twin brother, former NASA astronaut Mark Kelly, who will stay here on Earth. The studies will compare data from the genetically-identical Kelly brothers to identify any subtle changes caused by spaceflight.

Cosmonaut Gennady Padalka will also launch Kelly and Kornienkoon on Friday. The trio will become part of the station’s Expedition 43 crew.

Padalka will spend six months aboard the outpost, during which he will become the first four-time station commander and record holder for most cumulative time spent in space. 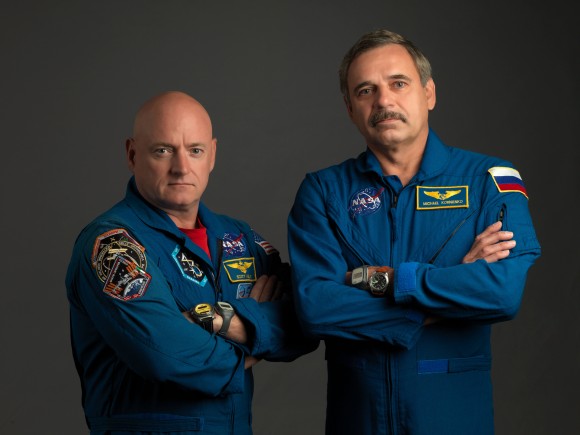 Bottom line: The first one-year crew for the International Space Station (ISS) is set to launch March 27, 2015. The goal of the mission is to find out how the human body responds to a prolonged stay in space. Watch the launch, watch the arrival.

Read more about the mission from NASA