The clarity of these images from the Daniel K. Inouye Solar Telescope in Hawaii is thanks to the telescope’s 4-meter mirror, the world’s largest for a solar telescope. “It’s the biggest jump in our ability to study the sun since Galileo’s time,” a scientist said.

The Daniel K. Inouye Solar Telescope – near the summit of Mount Haleakala on the Hawaiian island of Maui – released its first images of the sun this week. They’re said to be the highest-resolution images of the solar surface ever taken, and who can argue? We’ve never seen images of the sun that look like this. The imagery – released January 29, 2020 – shows cell-like structures roiling on the sun’s surface. We knew this structure existed. These cells are called granules, and they’re caused by convective currents of plasma on the sun. But these images are like nothing we’ve seen previously. Each one of these cells is the size of Texas!

Scientists say the Texas-sized granules are the result of heat carried from inside the sun outward to its surface. It’s as if we’re seeing the sun boil.

The clarity of the image is due to the telescope’s 4-meter (13-foot) mirror, which is the world’s largest for a solar telescope.

Thomas Rimmele is the director of the Inouye solar telescope project. He said:

These are the highest resolution images of the solar surface ever taken. 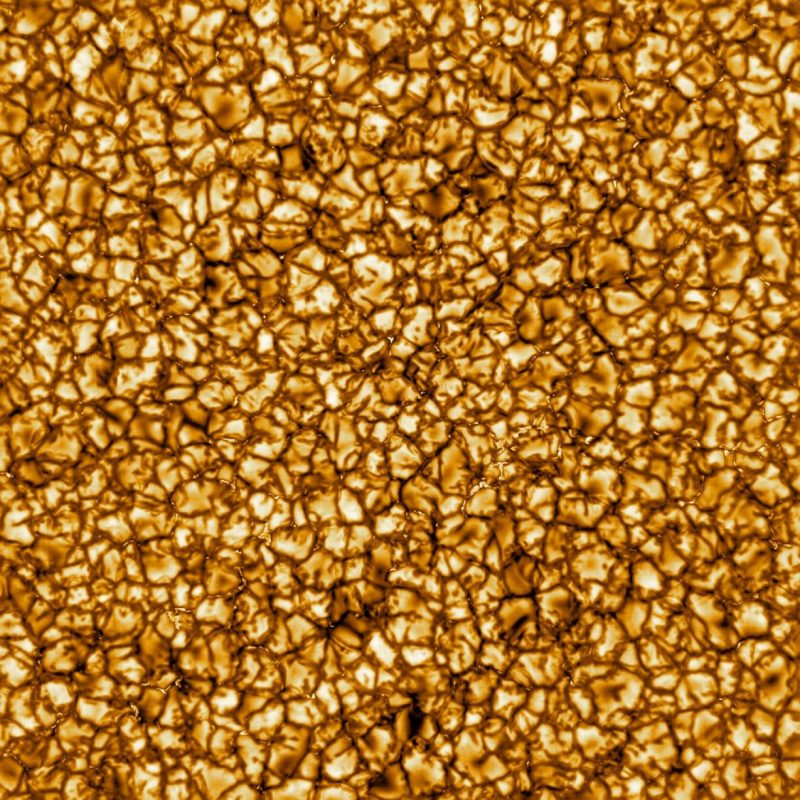 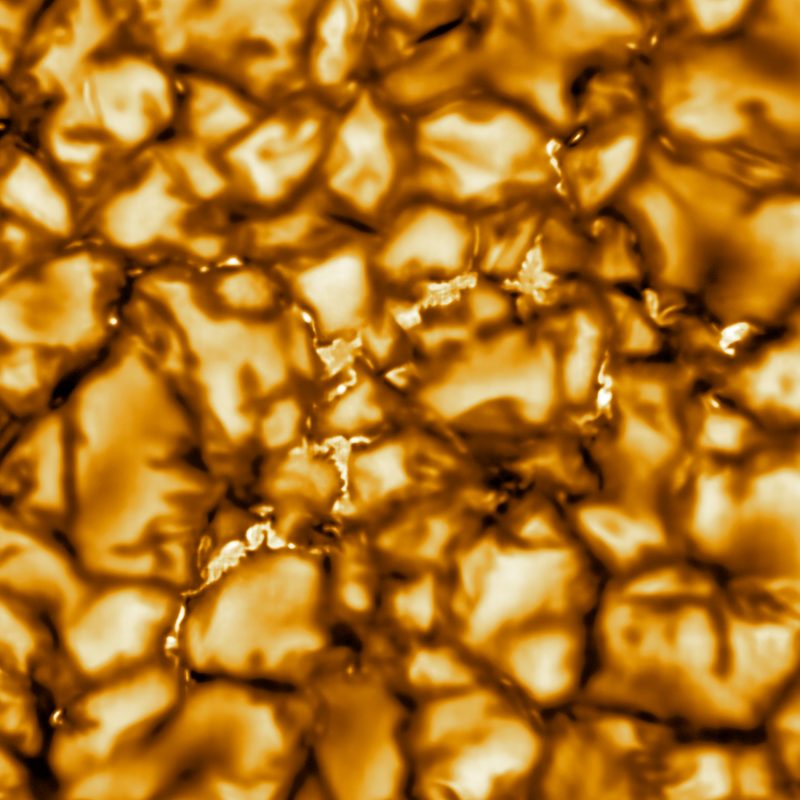 The U.S. National Science Foundation built the Inouye Solar Telescope, which has more than twice the resolution – double the ability to see clearly – of the next-best solar observatories. Construction of the telescope began in January 2013, and the primary mirror was delivered to the site in August 2017. The completed telescope has now provided its first images of the sun. From an NSF statement about the telescopes first images:

The images show a pattern of turbulent ‘boiling’ plasma that covers the entire sun. The cell-like structures – each about the size of Texas – are the signature of violent motions that transport heat from the inside of the sun to its surface. That hot solar plasma rises in the bright centers of ‘cells,’ cools, then sinks below the surface in dark lanes in a process known as convection. 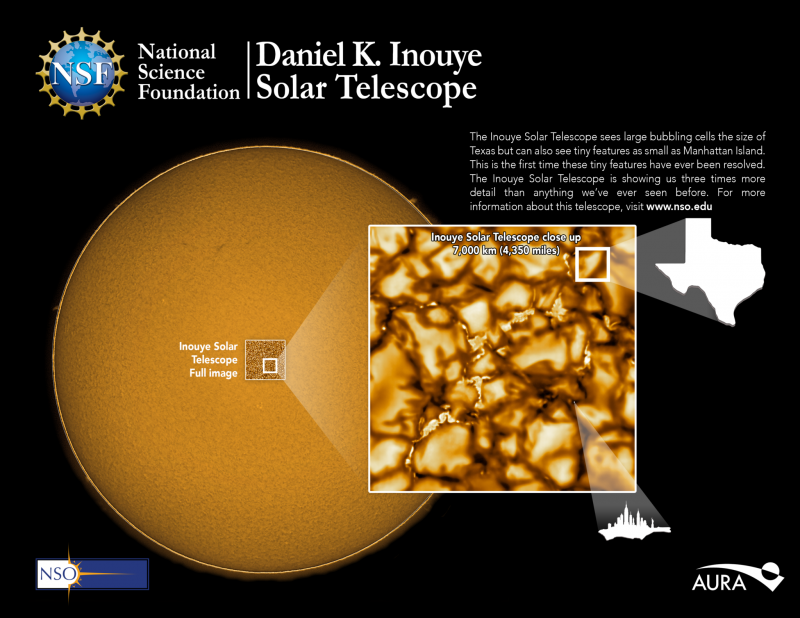 View larger. | The Inouye Solar Telescope images the sun in more detail than we’ve ever seen before. The telescope can image a region of the sun 24,000 miles (38,000 km) wide. Close up, these images show large cell-like structures hundreds of kilometers across and, for the first time, the smallest features ever seen on the solar surface, some as small as 19 miles (30 km). Image via NSF.

The motions of the sun’s plasma constantly twist and tangle the magnetic fields on the sun. Twisted magnetic fields can lead to solar storms that can affect systems on Earth. Magnetic eruptions on the sun can affect air travel, disrupt satellite communications, bring down power grids and disable technologies such as GPS.

Thomas Rimmele is director of the Inouye Solar Telescope. He said:

It’s all about the magnetic field. To unravel the sun’s biggest mysteries, we have to not only be able to clearly see these tiny structures from 93 million miles [150 million km] away but very precisely measure their magnetic field strength and direction near the surface and trace the field as it extends out into the million-degree corona, the outer atmosphere of the sun.

Finally resolving these tiny magnetic features is central to what makes the Inouye Solar Telescope unique, says NFS. The telescope can measure and characterize the sun’s magnetic field in more detail than ever seen before and determine the causes of potentially harmful solar activity.

Bottom line: The Daniel K. Inouye Solar Telescope has produced the highest resolution images of the sun’s surface ever taken.

Read more about the new sun images from NSF