Your photos – the best photos – the most recent photos – of this wonderful comet, now visiting the March 2013 skies as seen throughout the world.

Photos of Comet PANSTARRS are pouring in from around the world, as the comet makes its best appearance in skies throughout the globe in March 2013. We’ll add more to this gallery throughout the coming days, so check back to see the comet’s evolution in our skies. Thank you to all who have sent your wonderful photos to EarthSky! 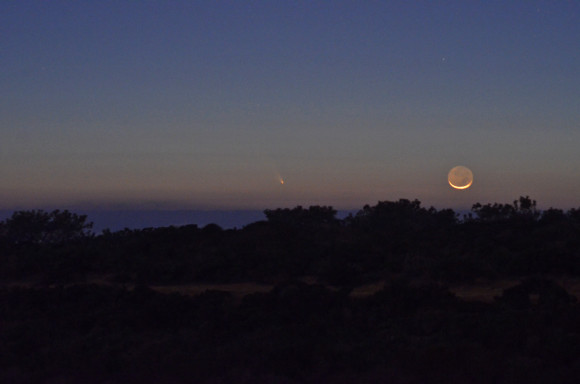 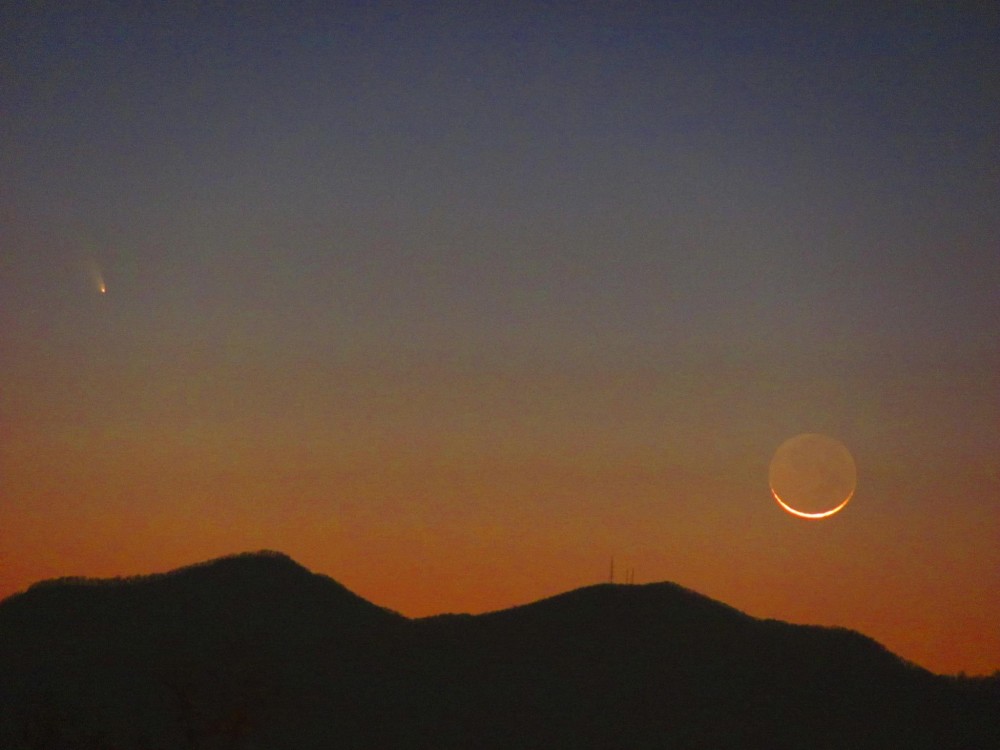 Comet PANSTARRS near the moon on March 12 – as seen by EarthSky Facebook friend Gary P. Caton. he wrote, “Comet and crescent Moon shining bright over the Smokies.” Thanks, Gary! 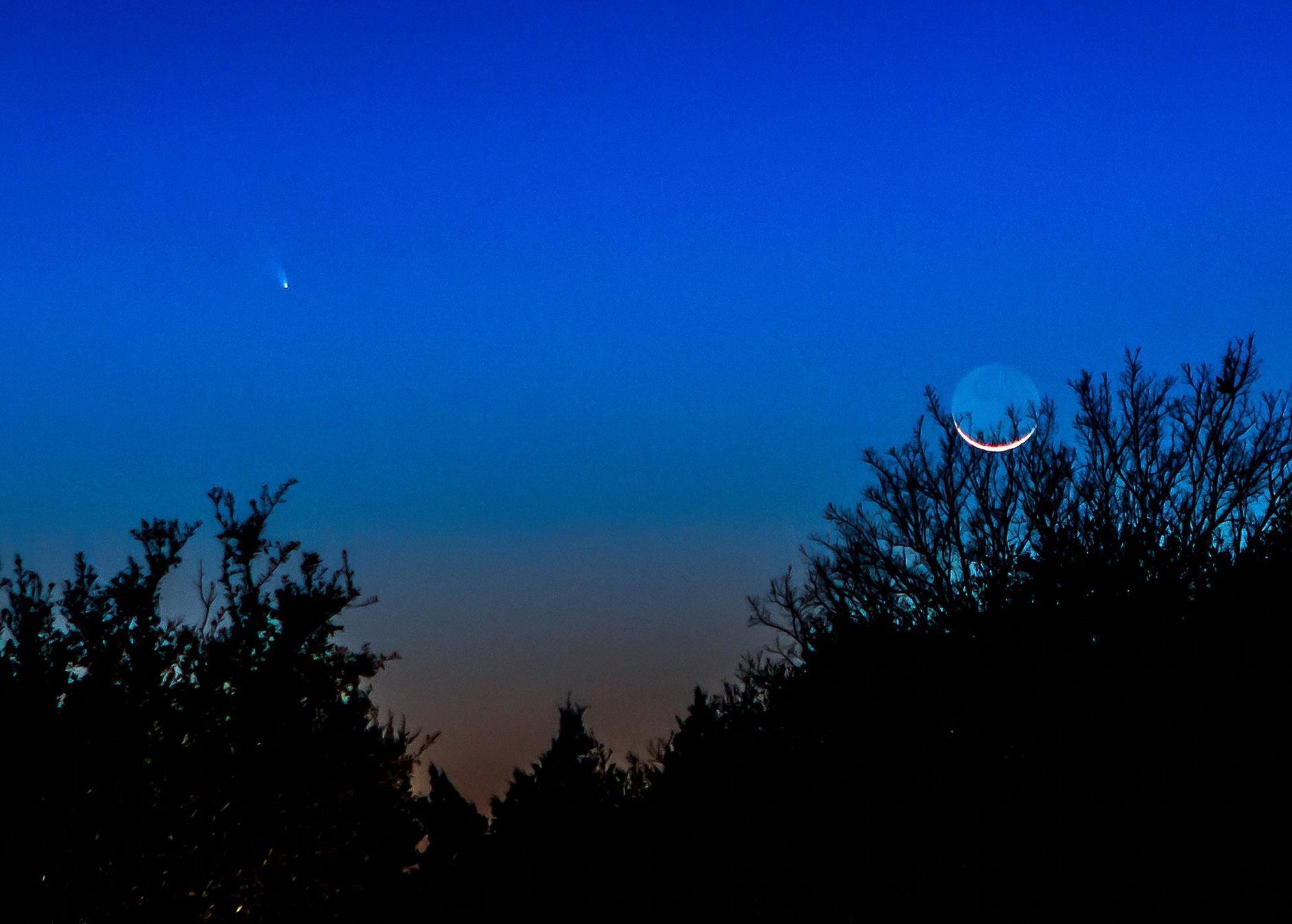 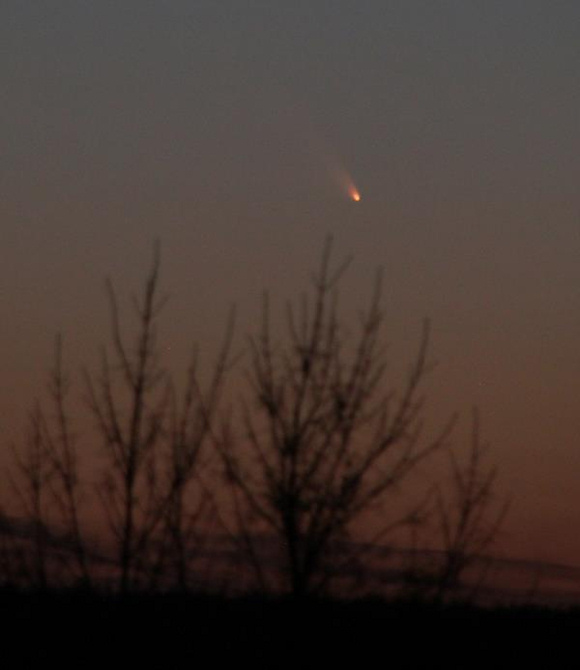 Photo of Comet PANSTARRS taken after sunset in Oklahoma on March 11, 2013, by EarthSky facebook friend MIke O’Neal.Thank you, Mike! Click here for another view. See our facebook page for more fine comet photos. 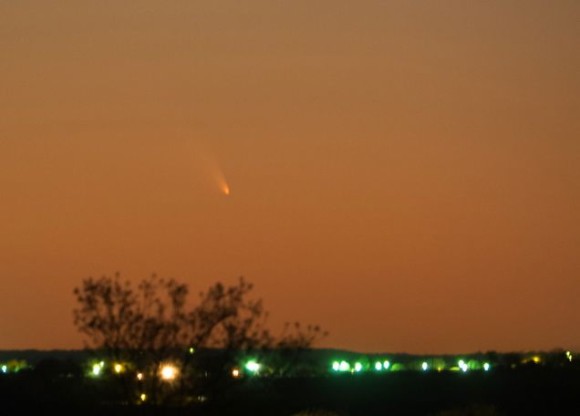 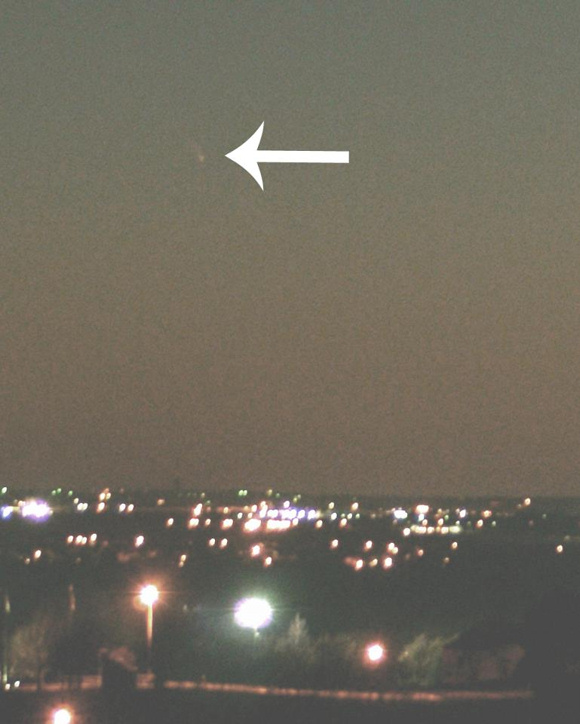 Beset by light pollution? Don’t let that stop you. EarthSky facebook friend Ricky M. Rodriguez couldn’t see the comet with the unaided eye in the Dallas metropolitan area on March 11, 2013, but managed to catch Comet PANSTARRS with the camera anyway. Click here for a larger view and a tip or two from Ricky. Thank you for the cool photo, Ricky! 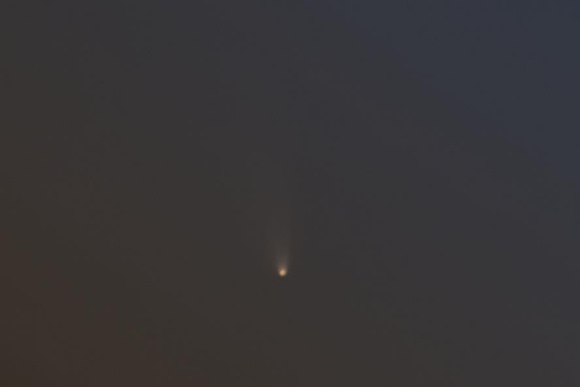 Photo of Comet PanSTARRS by EarthSky facebook friend Michael Daugherty, as seen after sunset on March 10, 2013, from San Clemente,CA, USA. Thank you so much for the photo, Michael! Click here for a larger photo 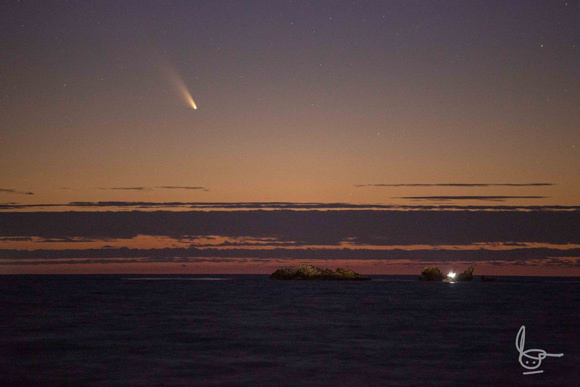 The Southern Hemisphere has had the best views of the comet so far. Here’s Comet Panstarrs as seen from Burns Beach in Perth, Western Australia, about one hour after sunset on March 4, 2013. Photo by EarthSky facebook friend Michael Goh. Thank you, Michael! Click here for a larger photo 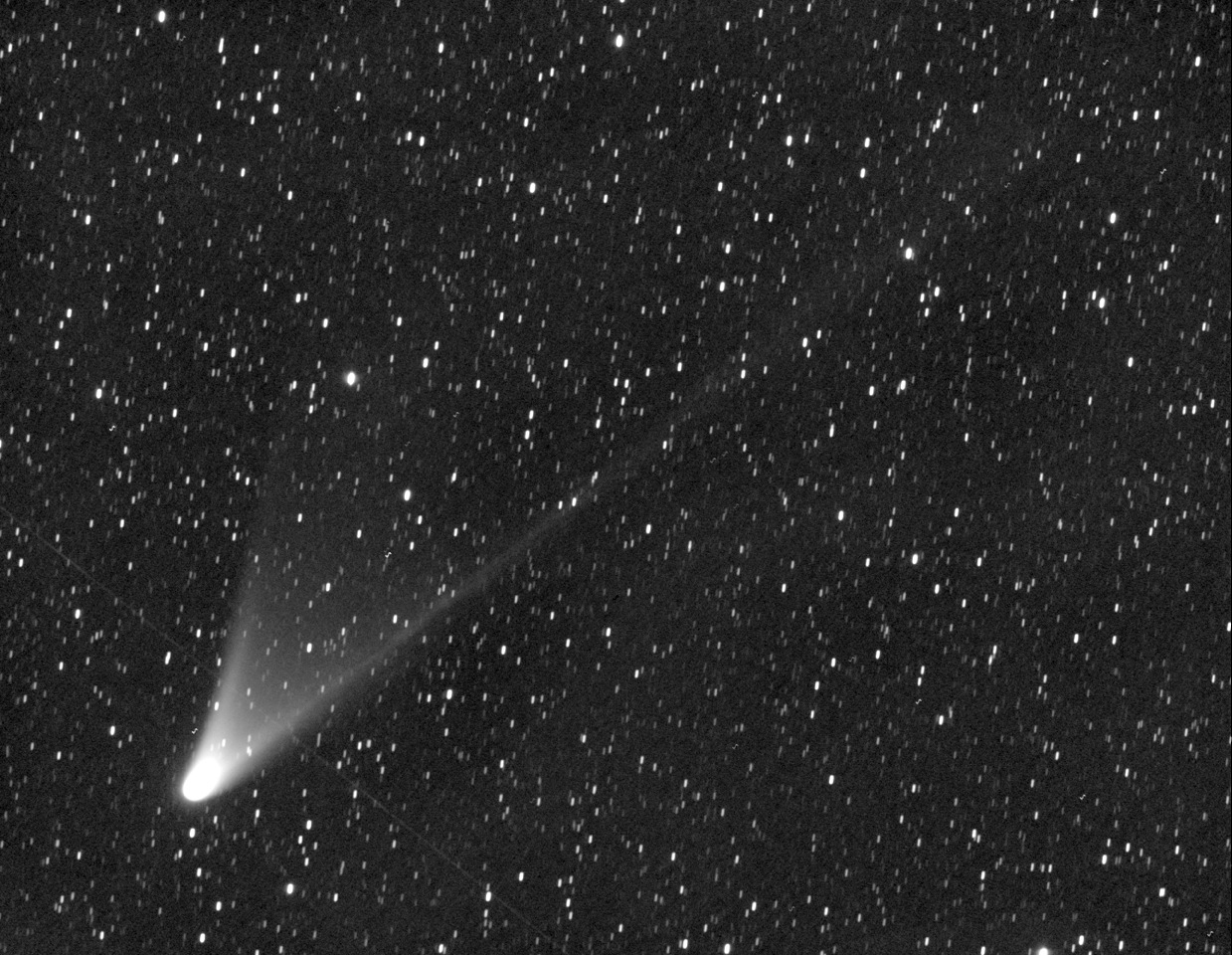 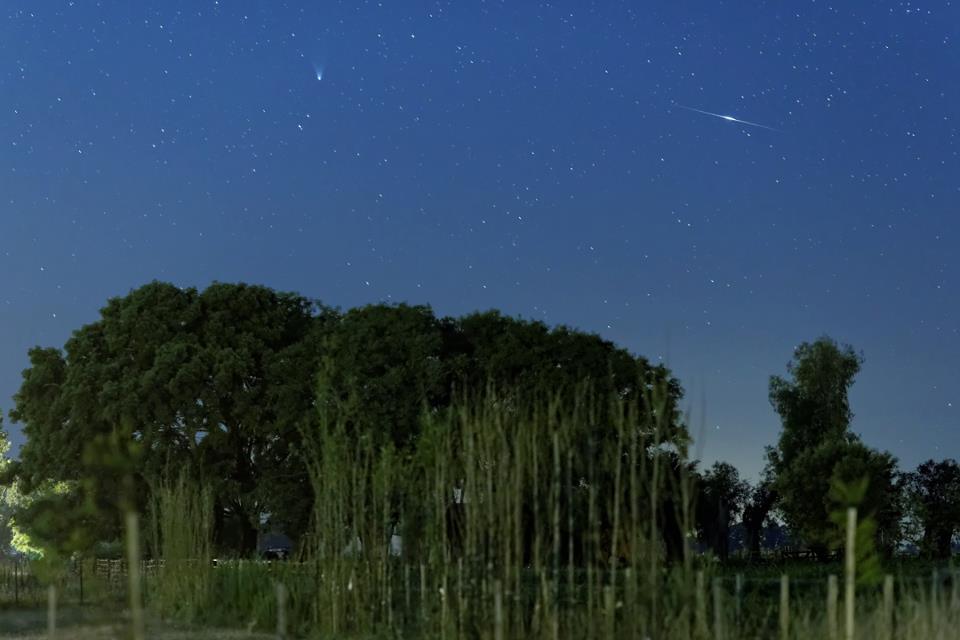 EarthSky Facebook friend Luis Argerich in Buenos Aires posted this cool photo of Comet PANSTARRS on February 12. The comet is the fan-shaped object on the left. Luis caught the comet in the same photo as an iridium flare. Click here to learn about iridium flares. Awesome capture, Luis. Thank you! View larger.

Bottom line: Your photos – the best photos – the most recent photos – of this wonderful comet, now visiting the March 2013 skies as seen throughout the world.