What is the climate like on some potentially habitable exoplanets? Scientists have developed a new “decoder” to find out. 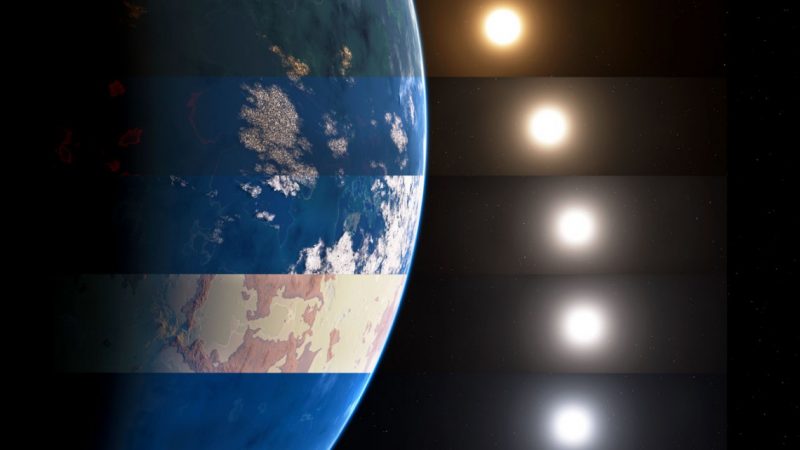 Artist’s concept depicting different kinds of Earth-like planetary surfaces and their interactions with different kinds of host stars. Such variability can create a variety of climates on these kinds of worlds. The new environmental color decoder should be able to help scientists determine which ones have the most habitable climates. Image via Jack Madden/ Cornell Chronicle.

Over 4,000 exoplanets – worlds orbiting other stars – have been confirmed so far. But these planets are very far away, and we still don’t know much about them. To find out more, newer technology and observations are needed. To that end, scientists at Cornell University have developed a new tool – an environmental color “climate decoder” – that they hope will help astronomers learn more about the climates on some of these distant worlds, particularly potentially habitable Earth-sized planets.

The new peer-reviewed research paper detailing how this decoder would work was published in the June 2020 issue of Monthly Notices of the Royal Astronomical Society.

The study focuses on how different kinds of planetary surfaces can affect a planet’s climate. As Jack Madden, a coauthor of the new study, said in a statement:

We looked at how different planetary surfaces in the habitable zones of distant solar systems could affect the climate on exoplanets. Reflected light on the surface of planets plays a significant role not only on the overall climate, but also on the detectable spectra of Earth-like planets. 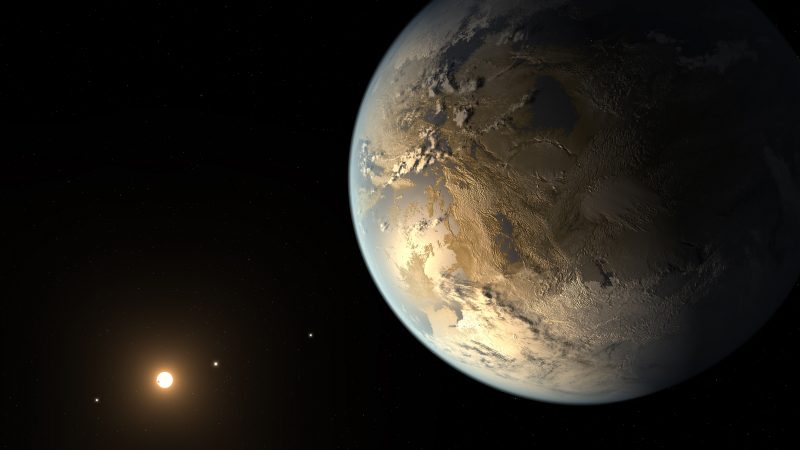 Artist’s concept of Kepler-186f, the first Earth-sized exoplanet found orbiting in the habitable zone of its star. A growing number of such worlds have been found in recent years. Image via NASA/ NASA Ames/ JPL-Caltech/ T. Pyle. 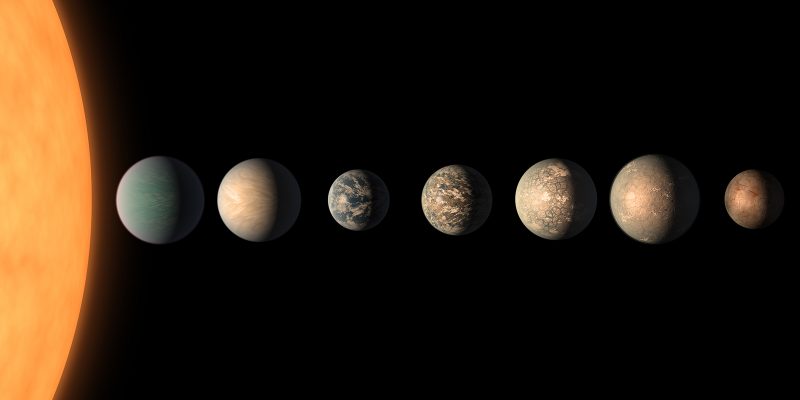 The red dwarf star TRAPPIST-1 has seven known Earth-sized rocky planets orbiting it (artist’s concept). At least three of them are in the star’s habitable zone. Such worlds would be ideal for study by the new environmental color decoder. Image via NASA/ JPL-Caltech.

The research is in anticipation that new telescopes, such as the upcoming Extremely Large Telescope (ELT) in Chile, will soon be able to study potentially habitable planets more closely than ever before. As stated in the paper:

Large ground- and space-based telescopes will be able to observe Earth-like planets in the near future. We explore how different planetary surfaces can strongly influence the climate, atmospheric composition, and remotely detectable spectra of terrestrial rocky exoplanets in the habitable zone depending on the host star’s incident irradiation spectrum for a range of sun-like host stars from F0V to K7V. We update a well-tested 1D climate-photochemistry model to explore the changes of a planetary environment for different surfaces for different host stars. Our results show that using a wavelength-dependent surface albedo is critical for modelling potentially habitable rocky exoplanets.

The researchers looked at two basic aspects of such exoplanets – the surface color and the light coming from the host star – in order to calculate what the climate might be like on a given planet. There can be a lot of variables to consider; if a planet was covered in dark basalt, that could cause the planet to be very hot, just like hot pavement in summertime. But if there was also a lot of clouds or sand, or even oceans, then the planet might be cooler. If there were a planet orbiting a red dwarf star that happened to have vegetation, then it might also have cooler temperatures. Madden said:

Think about wearing a dark shirt on a hot summer day. You’re going to heat up more, because the dark shirt is not reflecting light. It has a low albedo (it absorbs light) and it retains heat. If you wear a light color, such as white, its high albedo reflects the light, and your shirt keeps you cool.

Artist’s concept of the Extremely Large Telescope (ELT) on Cerro Armazones in northern Chile. First light for the telescope is scheduled for 2025. ELT will be able to find even more potentially habitable exoplanets, including ones that may indeed be Earth-like in some ways. Image via European Southern Observatory (ESO).

Madden’s colleague, and the other coauthor of the study, Lisa Kaltenegger, added:

Depending on the kind of star and the exoplanet’s primary color – or the reflecting albedo – the planet’s color can mitigate some of the energy given off by the star. What makes up the surface of an exoplanet, how many clouds surround the planet, and the color of the sun can change an exoplanet’s climate significantly.

There’s an important interaction between the color of a surface and the light hitting it. The effects we found based on a planet’s surface properties can help in the search for life.

Being able to determine what the climate is like on some exoplanets, at least to some degree, will of course help scientists determine which ones could be the most habitable. New upcoming telescopes, like the ELT, will be essential in that endeavour.

A growing number of Earth-sized and super-Earth worlds – larger and more massive than Earth but smaller than Neptune – are being discovered, including in the habitable zones of their stars, the region where temperatures could allow liquid water to exist.

This is encouraging in the search for life elsewhere. 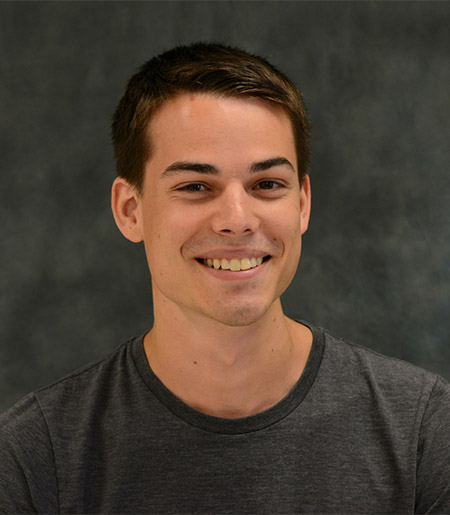 But various factors can affect habitability, such as the composition of the atmosphere and planet itself, abundance or lack of water, the amount of radiation coming from the planet’s star and the actual temperatures. There’s no guarantee that any of these planets could host life, so techniques like the new climate decoder will help scientists determine which ones are the most favorable, at least by earthly standards.

With over 4,000 confirmed exoplanets found already, and thousands more expected in the near future, techniques like the climate decoder will be essential for learning not only what conditions are like on some of these distant worlds, but also whether some of them could be home to the holy grail of exoplanet research … life itself.

Bottom line: Scientists have developed a new technique to figure out what the climate is like on potentially habitable exoplanets.

Source: How surfaces shape the climate of habitable exoplanets